10 Amazing Reasons Why Couples Who Train Together, Stay Together 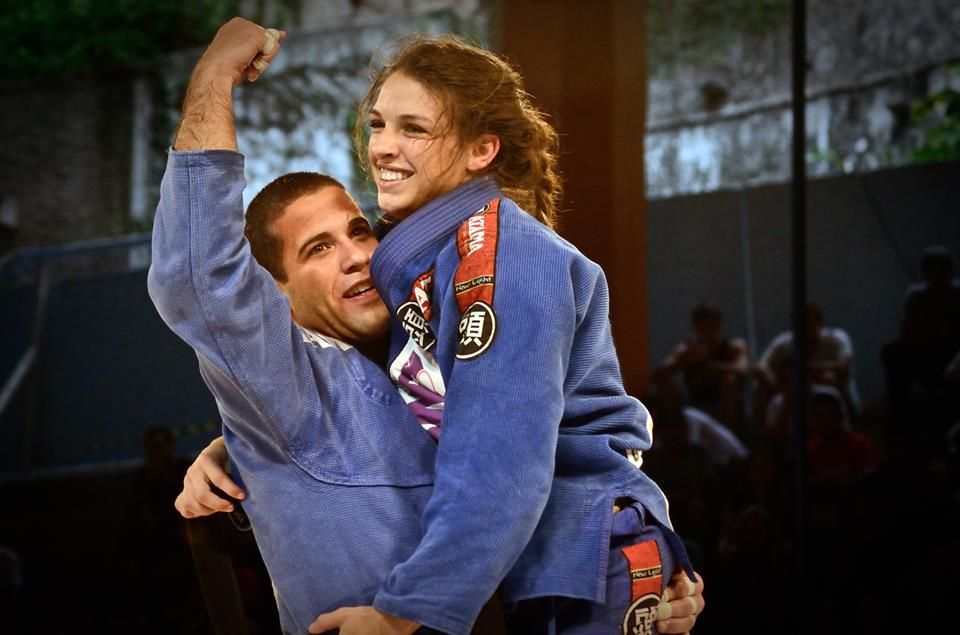 Let’s face it, when we train, the last thing we want is our significant other to see us red faced and sweaty. Whether it’s doing a Muay Thai, Brazilian Jiu-Jitsu or WarriorFit class, there is no need for them to see us at our most unflattering hour—it’s something that can wait till much, much later in the relationship.

However, experts say otherwise. According to Dr. Jane Greer, when a couple exercises together, the actual exercise itself can have a positive impact on the relationship — physically and emotionally. This means that training together actually strengthens a relationship, giving a couple a brand new, exciting way to bond.

The answer is clear; train together, the better your relatonship will be. Today, Evolve Daily reveals 10 Amazing Reasons Why Couples Who Train Together, Stay Together:

1) Because you can motivate each other.

Sometimes, work might get too tiring and you just don’t feel like working out. But if you have someone who’s waiting for you at the gym, then you’ll be less likely to miss a session. Feeling lazy halfway through a class? Your partner can pump you up and convince you to carry on! 2) Because it means more quality time together.

Aside from going on dinner dates or watching movies, quality time takes a whole new meaning when you train together with your significant other. You’re not just making conversation, you’re both pushing yourselves to your physical and mental limits to be the best you can be!

3) Because you both want to look good for each other.

Let’s face it, training together has it perks. Not only do you burn off all those unwanted calories you’ve been groaning about all week but it also helps you build and tone muscle. Now, who doesn’t love a hot body?

4) Because you’ve seen each other through the good and the bad.

Training can bring out the best and the worst in you; it’s always a roller coaster of emotions when you set foot in the gym. One minute you’re feeling great, and the next you feel like you just want to throw in the towel. If you still feel the same way about your partner after seeing them go through these emotions , you’re probably set for life.

5) Because you’re on the same diet.

Cutting weight and eating clean has become so much easier now that you have someone to commiserate with you. You no longer have to stare longingly at someone else’s food – chances are, you’re probably eating the same meal of steamed chicken breast and hard boiled eggs for dinner. Boo hoo!

6) Because you know each other’s goals.

When you train with your significant other, the chances of you losing sight of your goals are slim. Imagine being with someone who constantly reminds you to stay on track – you won’t even think of giving up.

7) Because taking an “off-day” has never been more fun.

Both of you know how hard you’ve trained. Whether it’s 300 kicks on the bags or endless guard passing drills, an off-day is definitely something both of you look forward to. What better way to spend it with someone who wants to indulge as much as you do and reward yourselves together.

8) Because you fight less.

Life can get quite stressful and so can being in a relationship. Working out always makes you feel better, as a result from the endorphins produced while you exercise, making you less inclined to start a fight or get frustrated. 9) Because no one else can understand what it’s like.

10) Because you now know each other on a whole new level.

Whether you realize it or not, both of you have taken your relationship to a whole new level. You’ve seen each other through tough times (cutting weight, not understanding a technique) and supported one another to get through them. You’ve enjoyed the great times together, celebrating mini-victories and big ones. Not every relationship has that. Just like taking care of your body, being in a relationship requires commitment, time and effort. Instead of dreading time at the gym, training with someone you love will make working out so much easier. Not only will it enhance your relationship, but it will make you feel and look great as well. Here’s to the next gym session with your significant other!