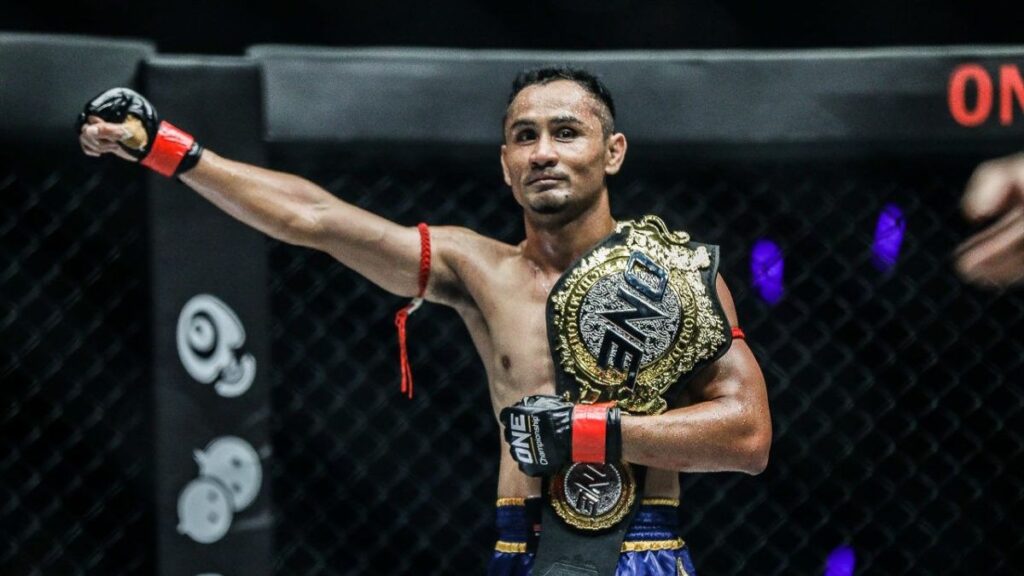 ONE Flyweight Muay Thai World Champion Sam-A Gaiyanghadao from the Evolve Fight Team is making his highly-anticipated return when he takes on England’s Jonathan “The General” Haggerty in the main event of ONE: FOR HONOR.

The star-studded extravaganza takes place this Friday, 3 May at Istora Senayan in Jakarta, Indonesia, and for all intents and purposes, Sam-A is as ready as he will ever be for his first ONE World Title defense.

Heading into this matchup, Sam-A brings with him loads of World Championship experience and the passion that has come behind a stellar professional fighting career which has seen him capture a multitude of Muay Thai World Titles.

Featuring more than 20 years of fight experience, Sam-A is an absolute legend. But what makes him such an incredible World Champion? Is it hit undeniable tenacity and ferociousness in the ring? Or is it his otherworldly talent and skill? There’s much more to Sam-A than what can be seen on the surface.

1) He Believes In The Learning Process 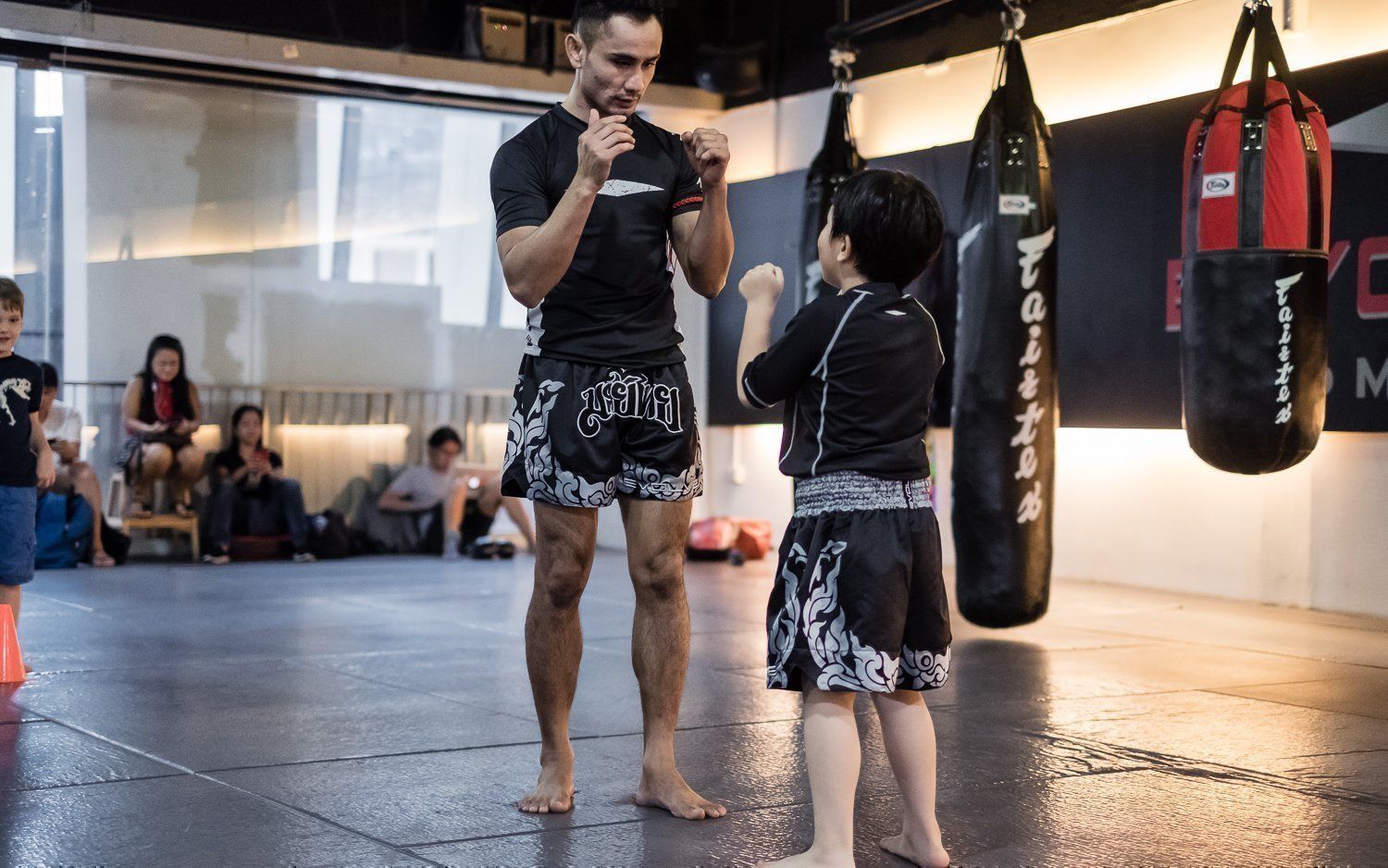 Sam-A didn’t get to where he is today just by jumping from Point A to Point B, he did so knowing full well and understanding that there is a learning process involved in greatness and that he had to put in the time and effort to secure his legendary status.

In fact, education has always played a big role in Sam-A’s life. When he was young, Sam-A had to change schools as he moved around a lot due to his blossoming Muay Thai career. But that didn’t change Sam-A’s perception of his studies, and the Thai prodigy continued to pursue his education because he knew how important it was.

Sam-A went on to have an exceptional Muay Thai career with over 400 professional bouts to his name. But he would never have gotten to this point, had he not placed great value on learning his craft and the importance of education.

Today, Sam-A shares his passion for learning with his daughters.

2) He Represents The Pride Of Thailand 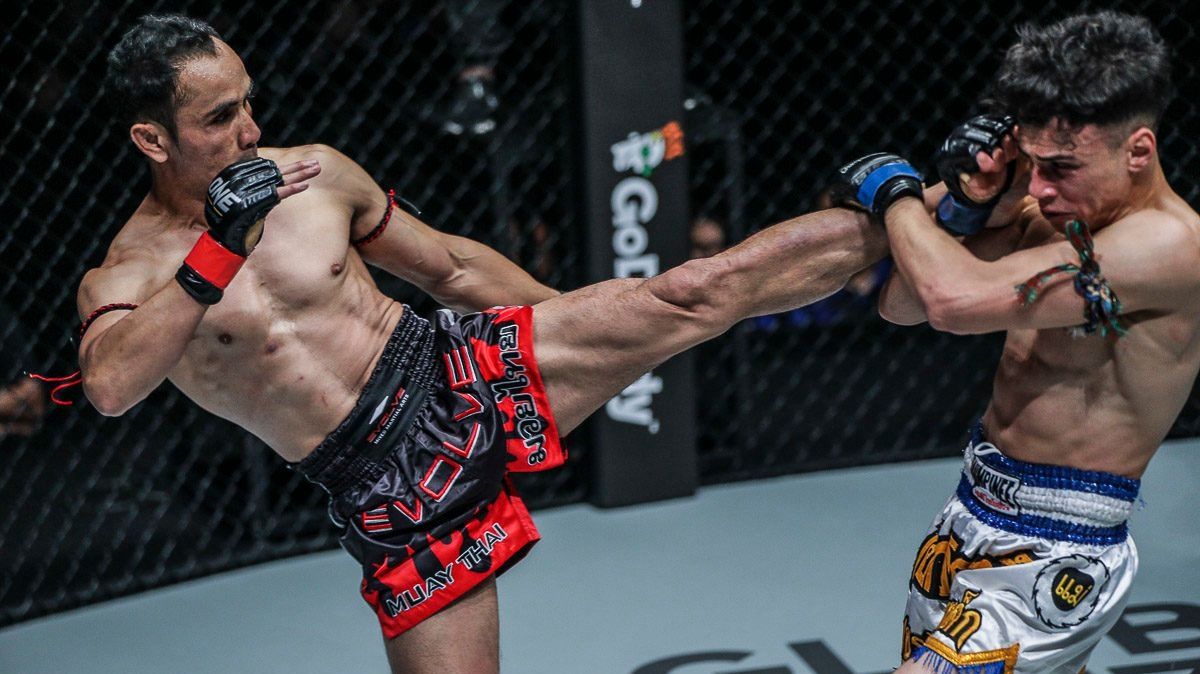 Sam-A made his ONE Championship debut in January 2018. It was ONE’s first ever Muay Thai bout and the Thai legend could not have been more proud. With thousands packing the stadium, and millions of people watching around the world, Sam-A delivered a scintillating knockout victory over Italian kickboxer Joseph “The Hurricane” Lasiri.

It was an outstanding performance that showcased Sam-A’s incredible skills to the world on the biggest global stage of martial arts competition.

He returned months later to face 2-time World Champion Sergio Wielzen for the inaugural ONE Flyweight Muay Thai World Championship. His performance screamed perfection, as Sam-A captured the World Title on the back of a fourth round knockout.

Now he returns to action against another international superstar in Haggerty, and Sam-A considers it an absolute honor to represent his country of Thailand.

A victory for Sam-A at ONE: FOR HONOR would mean more glory for Thailand, showcasing the great art of Muay Thai for all the world to see.

3) He Understands How Being A World Champion Inspires

Part of being a World Champion is inspiring the youth and all the people to reach for their dreams, and Sam-A understands this very well. Sam-A knows that every time he steps onto the ONE Championship stage, he is giving his people of Thailand hope that they can overcome any obstacle.

Coming from humble beginnings, growing up in relative hardship and poverty, Sam-A turned to Muay Thai like many young boys to provide for his family and give them better days. Many of the youth today, as well as up-and-coming martial arts athletes, see this as a truly inspirational tale of success.

Sam-A understands the responsibility he holds whenever he comes to perform, and that’s why he puts everything he has behind his performances. Sam-A’s motivation is proving himself each time as the best in the world at what he does and inspiring others to do the same in their own lives.

4) He Still Has The Competitive Fire

Sam-A claimed his first Lumpinee Stadium title at the tender age of 19. Shortly after, he left Muay Thai behind and worked as a construction worker in the Thai capital. Sam-A was penniless, unfulfilled, and unhappy.

After some time, however, the call of competition lured Sam-A back into the ring and he felt the fire burning inside him once again.

“There were these little triggers. I’d hear a bell ring, or the sound of the bee muay [the traditional music played during bouts], even the smell of Thai Boxing liniment – it made me miss Muay Thai,” said Sam-A.

“I soon realized I wanted to compete again.”

Sam-A triumphantly returned to action and resumed his legendary career, and went on to capture more World Titles including the ONE Flyweight Muay Thai World Championship.

In a career that spans over two decades, the legend of Sam-A Gaiyanghadao continues. He returns to action this Friday in Jakarta in the main event of ONE: FOR HONOR. 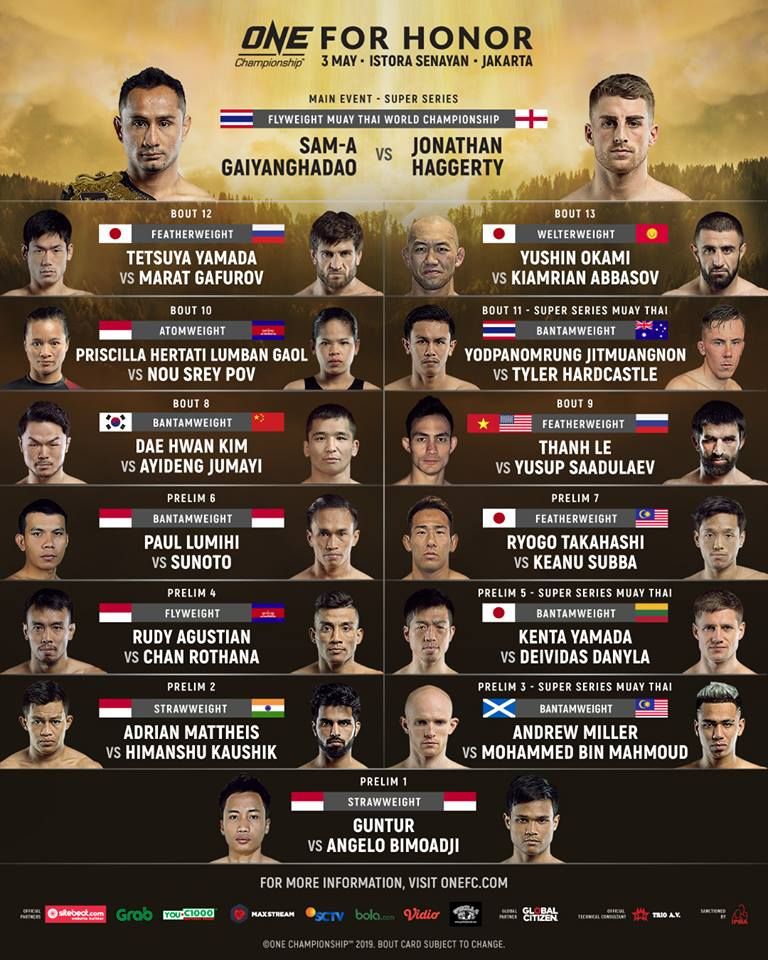