4 Reasons Why Rousey vs Cyborg Needs To Happen 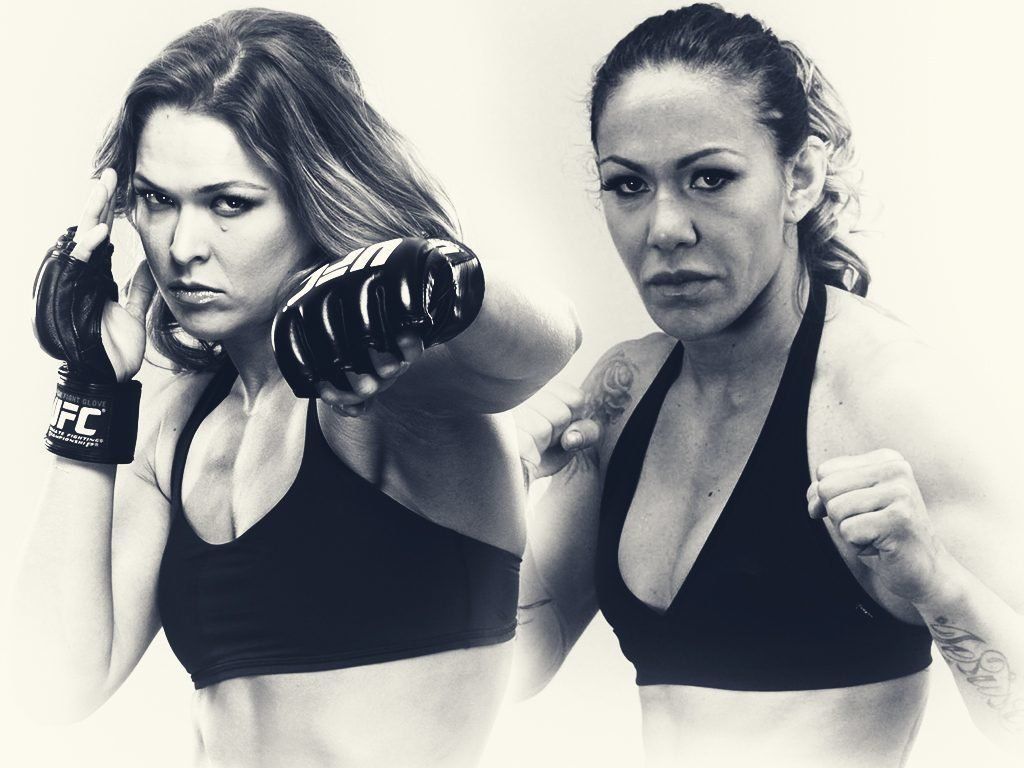 For years, MMA fans have been speculating about a potential fight between Ronda Rousey and Justiane “Cyborg” Cristiano, two of the most talked about fighters in WMMA history. A few days ago, on the UFC “Unfiltered” podcast, UFC President Dana White announced that Rousey was interested in a fight against Cyborg. “Ronda wants to fight her,” White said on the podcast. “But they have to figure out at what weight they fight. But Ronda wants to fight her.”

Regardless of whether the fight is happening or not, it’s certainly an interesting matchup. Two of the most dominant and aggressive WMMA fighters in their respective weight classes meeting in the cage – now that’s a fight everyone wants to watch. There’s no doubt that if it does happen, it will be one of the best fights in the history of WMMA, or MMA for that matter. Today, Evolve Daily shares 4 Reasons Why Cyborg vs Rousey Needs To Happen:

If you watched the catchweight match between Cyborg and UFC newcomer Lina Lansberg at UFC Fight Night Brasilia you’d know that Cyborg completely dominated that fight. From the second the fight started, it was obvious that Cyborg was ready for war. In the first round, Lansberg was stunned by a barrage of knees and punches from Cyborg, leaving her bleeding. The next round, Lansberg continued to take more punishment from Cyborg, her face blood red. When referee Mario Yamasaki put a stop to the fight, it was obvious that Lansberg was simply no match for Cyborg.

2) Ronda needs a return with a bang

Since her fight and loss to Holly Holm, Rousey has been staying away from the spotlight. So far, there hasn’t been any definite news about her return to the cage. In an interview with Colin Cowherd of the New York Post earlier this month, Dana White revealed that Rousey was recovering from a series of small injuries. “Ronda had a bunch of minor surgeries and they’re healing up, and when they are, I’m assuming she’s going to fight,” said White. Although Fox Sports reported that Rousey was in talks for a title fight against current UFC Women’s Bantamweight World Champion Amanda Nunes, a fight with Cyborg would be a great way to redeem herself in the cage and earn the respect that she deserves from all her naysayers.

3) It will be the most exciting fight in WMMA history

From Rousey’s 12 stoppage wins and nine of them by her famous armbar, there’s no doubt that she has been one of the most exciting fighters to watch. Capable of ending fights within minutes of the first round, Rousey became one of the biggest MMA stars the UFC had ever seen. Cyborg, who has 15 career knockouts, is just as exciting to watch. Love her or hate her, Cyborg has been known to beat her opponents into a pulp in minutes – a feat that not many WMMA stars are capable of.

4) All that trash talk needs to be backed up

Any MMA fan knows all about the trash talking between the two fighters. Both women certainly have very strong personalities and opinions about the other. There’s Rousey’s constant argument about Cyborg’s use of anabolic steroids as the reason she could never make weight for a catchweight fight. And then there’s Cyborg’s criticism of Rousey, claiming that the former UFC Women’s Bantamweight World Champion is avoiding her. Of course, social media is quick to fan the flames between the two, broadcasting any dig the fighters make – which certainly creates more hype for this rivalry.

There’s no doubt that a fight between the toughest and most competitive WMMA fighters in the history of the UFC would be a dream come true for any MMA fan. For now, we can all just wait (popcorn in hand) for the fight announcement and hope that it will happen.