4 Of The Most Resilient Boxers In History 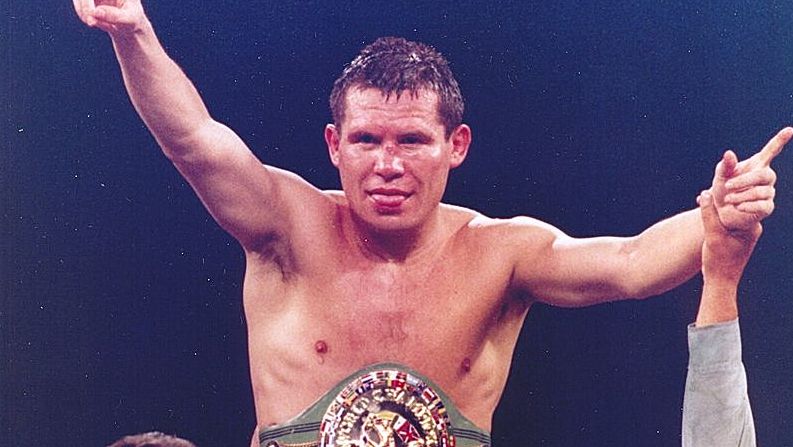 Professional boxing is an honest sport. You can’t run and you certainly can’t hide. Sooner or later, you discover who you truly are in the heat of battle. Boxing forces fighters to confront their weaknesses in the unlikeliest of places, atop the ring with a throng of passionate fans watching.

And you can’t win them all. Many times, you’ll be brought to your knees. You’ll face adversity and come to a crossroads. Do you give up? Or do you keep fighting?

It takes an incredible amount of strength, willpower, and conditioning to recover in the middle of a fight. The very best are able to rise to the occasion with awe-inspiring performances. At the heart of it all is a boxer’s resilience, or his/her ability to fight through the pain, get back up from a knockdown, and turn the tables to get the coveted victory.

Throughout history, there have been many displays of resilience — boxers who have powered themselves through the jaws of defeat and who came back to score amazing victories.

Let’s relive some of those moments in the pages of boxing history. Here are some of the greatest showcases of resilience in the Sweet Science.

Widely-considered the G.O.A.T. (Greatest Of All Time), the brash and charismatic Muhammad Ali took on heavy-handed knockout artist “Big” George Foreman in the infamous “Rumble in the Jungle” which took place in Kinshasa in 1974.

It was one of the most highly-anticipated matchups of all time, given how much of a feared puncher Foreman was in his prime. Ali appeared to have bitten off more than he could chew against Foreman, and many predicted his downfall.

Much of Ali’s strategy, however, fell back on his conditioning and believe it or not, resilience. He would allow the powerful Foreman to basically tag him while he laid against the ropes. Though it appeared that Ali was getting blown out of the water, he was fit enough to survive the onslaught and in the end, a tired Foreman was ripe for the picking.

In the eighth round, Ali unleashed a series of lefts and rights and took Foreman out for good.

The incredible George Foreman would not be without his moment of glory. In 1994, the creator of the George Foreman grill won the heavyweight world title again after losing it to Muhammad Ali 20 years earlier.

At the age of 45, Foreman was a shell of his former self. But greatness never leaves a great fighter, despite him being slower and less ferocious than he was in his prime. Moorer was the young gun, with physicality and youthful energy on his side.

However, power is the last to go in an aging fighter, and Foreman quickly made this apparent. After getting outclassed by Moorer for the majority of the bout, Foreman turned things around in the 10th round, when he slipped in a left and followed up with a straight right. It connected right on Moorer’s chin, and the younger man hit the canvas.

Moorer was so shaken he couldn’t get up and Foreman was rewarded with the heavyweight world title. He then defended it successfully three more times after that. Talk about a comeback.

Mexican legend Julio Cesar Chavez faced Meldrick Taylor in an awe-inspiring bout in 1990 for boxing’s light welterweight world title. The Mexican Chavez was the stronger puncher, but Taylor proceeded to outbox and outsmart him significantly throughout the fight. Nevertheless, Chavez was behind on two of the three judges’ scorecards and was on the brink of defeat.

Any ordinary man would have succumbed to the pressure and merely folded, but Chavez was cut from a different cloth and would not simply bow out.

In the final round, Chavez unloaded a series of haymakers that hurt Taylor and had him leaning against the ropes. Chavez was flinging thunderous lefts and rights without abandon, and Taylor fell to the immense pressure. When Taylor finally returned to his feet, the referee had seen enough and deemed him unable to continue. There were only two seconds left in the bout, but the referee stopped the contest.

It was a controversial finish, but no one could deny that Chavez came back from being almost out to score one of the greatest victories of his career.

Boxing is Mexico’s sport, and it’s big business in that part of the world. The people there live and breath the sport, and the country has produced many legends. Two of those legends are the late Diego Corrales and Jose Luis Castillo.

Corrales and Castillo went to war twice, but it was their May 2005 encounter that was an instant classic.

For all intents and purposes, Corrales was boxing’s perfect action star. He came to fight every time, and he would never give up. In one of the greatest displays of resilience, heart, and warrior spirit, Corrales overcame a busted up eye that he couldn’t see through, a grueling war with Castillo, and won by 10th round knockout when many thought he was out.

This fight will go down in history books as one of boxing’s most exciting and if you’ve never seen it, you’re in for a treat.

Sadly, Corrales died in a motorcycle accident two years later. He is gone but not forgotten.

Throughout boxing history, many warriors have been forged in the ring. Epic back-and-forth battles have taken place within the confines of four steel ring posts. From them, stories of awe-inspiring performances have been written, and…

Multiple-time boxing world champion and former pound-for-pound king Floyd “Money” Mayweather Jr. is one of the most polarizing figures in the history of the sport. He has millions of fans all over the world, and…