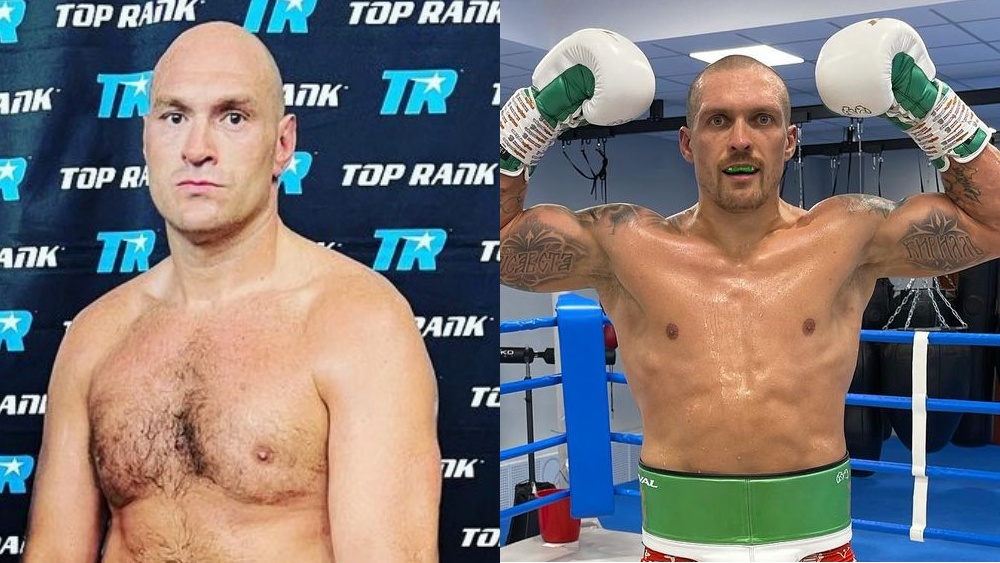 Boxing is arguably combat sports’ greatest theater. It’s where stories of bravery and courage born from epic wars in the ring, are created. As a combat sport, in terms of drama and pageantry, boxing simply has no equal.

But as great as boxing is, it is plagued by an unfortunate flaw. In this sport, the best fighters rarely meet each other in the ring. Whether due to the sport’s convoluted politics, issues regarding money and promotion, even disagreements on stipulated ring and glove size, a countless number of excuses attempt to explain why some fights simply don’t get made.

And even if they do get made, it’s often way too late, when one fighter is already past prime and on the slide.

Whatever the case, fans unanimously wish all the great fights in boxing get signed and we get to see some incredible fights in the ring.

Without getting into the promotional side of boxing, we’ve come up with a list of fights that fans really want to see. These fights involve the best going up against the best in the sport, without exception.

Today, Evolve Daily shares five fights that have to be made in boxing.

The time to duck each other is over. Frankly speaking, Terence Crawford and Errol Spence Jr. need to meet in the ring at the soonest possible time. The two welterweight champions trading leather is long overdue.

They are, by popular consensus, two of the best welterweights in the world right now, and both fighters are ranked in Ring Magazine’s top 10, pound-for-pound. Crawford owns the #3 slot, while Spence has a firm grasp on #6. It’s very rare that two undefeated fighters in their physical prime are in the top 10 together, making this a rare gem of a fight.

Unfortunately, it has been hard to make, with Crawford previously with Bob Arum’s Top Rank Promotions and Spence signed with Al Haymon’s PBC. The two promoters have had difficulty making big fights in the past. Such is the business of boxing politics.

However, Crawford recently announced that he was leaving Top Rank because Arum couldn’t make the Spence fight happen, which is all he really wants. That has breathed new life into the possibility of this matchup.

Could we finally see Crawford vs. Spence in 2022? Only time will tell. But too much time will take away from the luster of this epic showdown, and they need to make this fight ASAP.

Tyson Fury vs. Anthony Joshua was previously the biggest heavyweight fight to be made in boxing, but that is yet another case of boxing’s disease. Had Deontay Wilder not forced another match with Fury, Joshua would have never fought Oleksandr Usyk, and he would still be the man.

Unfortunately, Usyk spoiled that party, and now it’s time for him to fight Fury, no exceptions. Tyson Fury vs. Oleksandr Usyk would be the biggest heavyweight fight in boxing’s recent memory.

It’s a battle of the undefeated. Gervonta “Tank” Davis versus “King” Ryan Garcia are two of boxing’s biggest young stars in the modern era.

Davis, of course, is the Floyd Mayweather protege. He’s fought under the Mayweather Promotions banner for the majority of his career and is deemed as boxing’s next big megastar.

At 26-0, Davis is a proven commodity. He holds the WBA lightweight title, after previously holding the super featherweight version of it. As a box office draw, Davis takes after his mentor and is quickly starting to demand top dollar.

On the other hand, Garcia is 21-0 and is the WBC interim lightweight champion, a title he won after knocking out Luke Campbell earlier this year. In terms of popularity, Garcia is second to none in his class. “King Ry” is a social media phenomenon, with over 8.7 million followers on Instagram, and 1.12 million YouTube subscribers. Most of his fans are teenagers, and there are a lot of them.

It’s not hard to fathom the kind of money this fight would make if they could somehow put it together.

After George Kambosos’ shocking victory over Teofimo Lopez to take the WBA, IBF, and WBO lightweight straps, a Teo vs. Loma rematch was immediately irrelevant. Prior to that result, the rematch would have been the biggest lightweight fight in recent memory, but Lopez wanted to deny Lomachenko redemption. Now, Lomachenko doesn’t even need him.

The 33-year-old Ukrainian Olympian has since bounced back with wins over Masayoshi Nakatani and Richard Commey, and is looking like his old unbeatable self.

Kambosos’ performance over Lopez made him an overnight star. The former Manny Pacquiao sparring partner boasts of an unblemished 20-0 record, with 10 KO’s and a knack for scoring monumental upsets.

Lomachenko’s path back to the top goes through Kambosos, and this fight needs to be made as soon as possible. No dilly-dallying, no skirting. These two need to sign the contract and start getting into training camp. It’s one of the biggest fights to make next year.

Donaire has looked absolutely stunning since his wife and now head coach Rachel Marcial Donaire took over his training camp. The pair have produced wonderful results for the 39-year-old bantamweight legend.

After Donaire’s 2019 loss to Japan’s Naoya “The Monster” Inoue, few could have predicted the Filipino-American’s resurgence. Many assumed Donaire met his final peak, and that he would soon descend into irrelevance. But the opposite happened, and Donaire hit vintage form in KO win over the previously unbeaten Nordine Oubaali.

Meanwhile, the 21-0 Inoue has grown even more in skill and popularity, proving his otherworldly talent on American soil. They call Inoue “The Monster” for a reason, and he shows it every time he steps into the ring.

In fact, the only man to expose a chink in Inoue’s armor is Donaire himself, which makes their rematch a must.