Some of the greatest and most inspirational sports figures in the world are martial artists, each with their own compelling stories to tell. It is important that our sports superheroes are upstanding members of society, igniting the hopes and dreams of many. This includes martial arts athletes.

A handful of martial arts heroes have some pretty amazing tales. Our children can definitely look up to these fine individuals. Today, Evolve Daily shares five incredible martial arts superheroes who children should look up to.

In a sport once dominated by men, one woman shines and continues to prove that the girls can be just as good as the boys — in fact, even better. Reigning ONE Women’s Atomweight World Champion “Unstoppable” Angela Lee from the Evolve Fight Team chose the life of a mixed martial artist, trading in a normal childhood for days and nights spent inside a steel cage.

Mixed martial arts has become one of the most popular and fastest rising sports in the world, especially in Asia, over the last decade. Many athletes have turned to martial arts to earn a living professionally. For a time, however, women who practiced martial arts were looked at disdainfully.

In a society that still treats men and women differently, especially in the workplace, Angela Lee has proven that women are just as capable as men are, and even more.

Today, Angela is one of the most dominant world champions in mixed martial arts and serves as an inspiration for many young girls who dream of becoming athletes, or anything they choose to be for that matter. Angela has shattered gender stereotypes, broken barriers, and inspired millions of people across the world to chase their dreams.

UFC fighter Rose Namajunas was taunted and intimidated to no end by then reigning strawweight champion Joanna Jedrzejczyk, but she kept calm and composed amidst it all, remaining focused on their bout.

At the time, Jedrzejczyk was one of the most feared and most dominant champions in the UFC. Her fast and powerful hands proved too much for pretty much every challenger she had faced. To say that Namajunas was every bit of an underdog going into their matchup was well-warranted.

But Namajunas wouldn’t let her opponent’s foul words disrupt her focus. Namajunas was laser locked on the task at hand and ended up defeating Jedrzejczyk by technical knockout to become the new UFC women’s strawweight world champion.

After the fight, Namajunas said she never took anything that Jedrzejczyk said as personal, choosing to ignore the negativity and focus on what she needed to do to win.

“All the negativity that I felt coming from her, it just reminded me where I came from,” Namajunas said. “I wasn’t going to met that shut me down.”

She also took her opportunity to highlight the positive values of martial arts. She said, “Martial arts is about honor and respect. It takes a lot of courage to get in that cage no matter who you are. I just want to try and set an example in that way.”

Multiple-time Lumpinee Muay Thai World Champion and Thai martial arts legend Sam-A Gaiyanghadao overcame meager circumstances to become one of the most beloved sports figures in all of Thailand.

Sam-A grew up in a family of farmers. They weren’t rich by any means and lived the simple life in rural Thailand. A chance encounter with Muay Thai when he was just 9-years old however set Sam-A on a path of greatness that would later see him become one of Muay Thai’s greatest warriors.

The road to superstardom hasn’t been easy, however. For many years, Sam-A had to train on his own, as his gym in Thailand disintegrated and all his training partners left. He showed dedication and perseverance, not letting obstacles get in his way, and went on to become a legend.

Today, Sam-A is considered one of the best Muay Thai practitioners in the world. The small boy with enormous dreams of becoming a bigtime fighter never gave up on his dreams and worked hard to achieve success.

Through martial arts, Sam-A brought his family out of relative poverty and gave them a better life.

Top middleweight boxer Danny Jacobs once saw a doctor after experiencing chronic pain in his lower body. The initial diagnosis was that of a mere pinched nerve. However, the pain worsened to the point that Jacobs was no longer able to walk and was in a wheelchair.

In his next doctor’s appointment, Jacobs learned that he had developed a rare form of spinal cancer called osteosarcoma. Had he waited even a few more days to see the doctor, he would have died.

Fortunately, treatment for Jacobs’ condition was successful, but he was told that he would never be able to walk properly again, much less return to the sport of boxing which he loved.

Jacobs, however, would persevere, never give up, and continue chasing his dreams, proving that hard work and dedication can get anyone through seemingly impossible situations. Not only was Jacobs able to walk again, he was also able to continue his boxing career, coming back to the ring to knock out his opponent in the very first round in his first fight back.

Brazilian Jiu-Jitsu legend and UFC veteran Royce Gracie came to prominence in the early 1990’s, offering a unique style that not many people had heard of at the time.

To everyone’s amazement, the then 170-pound Gracie would often defeat men much bigger than he was — sometimes even twice as big as he was. How could this relatively small man hang tough with the heavyweight behemoths of the octagon, much less even win? Fans were perplexed. Royce Gracie showed that you shouldn’t back down from challenges that others may think are impossible.

Today, Brazilian Jiu-Jitsu is practiced by hundreds of thousands of people across the world and is one of the most popular martial arts in existence. Gracie is an amazing role model if not for determination to succeed given his size disadvantage. 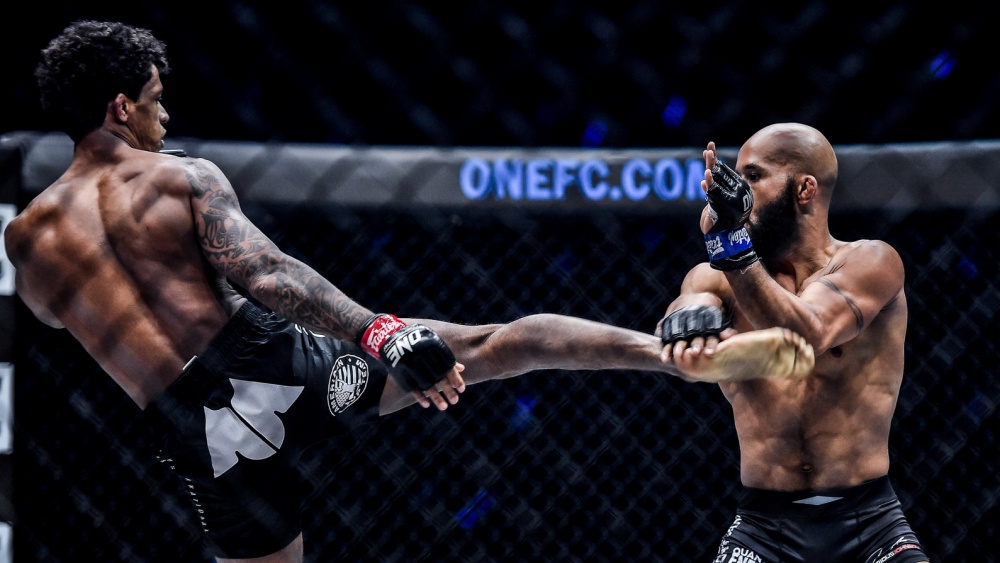