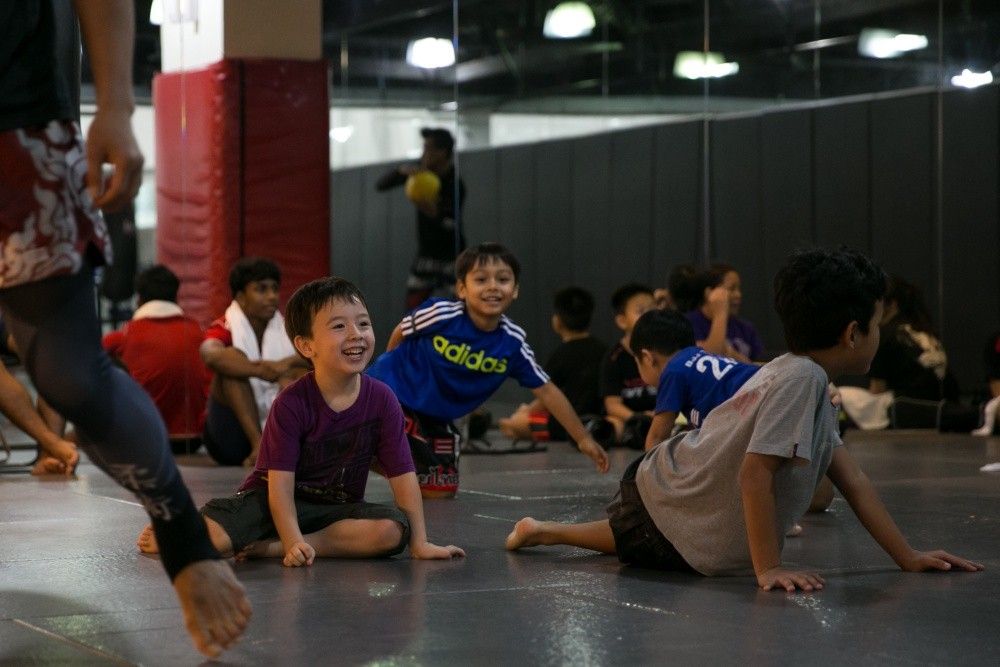 What parent wouldn’t want their child to be successful? It’s natural for any parent to want the best for their child; they’ll do anything and everything they can to ensure a bright future for him or her.

Although there are many theories and practices used to raise successful children, research shows that there are certain factors that can predict success.

Unsurprisingly, studies show that much of a child’s success is directly correlated to their parents. Martial arts practitioners, who are parents, mostly share certain traits that could predict successful adults in the making. The knee is one of the eight weapons used in the art of Muay Thai.

Parents who practice martial arts understand that discipline is necessary for success in martial arts. In order to succeed, they must train regularly, drill when they can and pay close attention to their instructor in order to improve.

Using this kind of discipline in the household could prove to be beneficial. One way to enforce such discipline is through chores. Julie Lythcott-Haims, former Dean of Freshmen at Stanford University and author of “How to Raise an Adult” believes that children who do chores go on to become employees who collaborate well with their co-workers, are more empathetic, and are able to take on tasks independently.

2) They understand the need for social skills

Developing social skills is one of the most important tenets of martial arts. Because of martial arts, individuals are encouraged to work together to reach a common goal, hence forging life-long friendships on and off the mats. Parents who train martial arts recognize this need and encourage their children to follow suit.

According to a study from Pennsylvania State University and Duke University that tracked more than 700 children from across the US between kindergarten and age 25, there is a significant correlation between their social skills as kindergartners and their success as adults two decades later. This proves that socially competent children were more likely to cooperate with their peers without prompting, be helpful to others, understand their feelings, and resolve problems on their own. Also, they were far more likely to earn a college degree and have a full-time job by age 25, as compared to those with limited social skills.

3) They believe in goal-setting Achieving your Black Belt in Brazilian Jiu-Jitsu could take as long as ten years.

Based on a study on 6,600 children born in 2001, University of California at Los Angeles professor Neal Halfon and his colleagues discovered that the expectations parents hold for their kids have a huge effect on attainment. Thus, the more goals parents have for their children, the more likely they will achieve them in the end.

They understand that their child has a greater chance at a better future if they have a goal to reach, giving them the opportunity to work hard in order to get there someday.

4) They have a deeper bond with their children

Because of their training, martial artists are considerably more sensitive to others’ needs. When you train martial arts, you become exposed to a diverse set of training partners, ranging from pure beginners to advanced technical wizards. You learn to deal with them and adjust to their needs the minute you bump fists and start to spar.

This sensitivity to others transfers well into child rearing. A study shows that children who received “sensitive caregiving” in their first three years not only did better in academic tests in childhood, but had healthier relationships and greater academic attainment in their 30s.

There’s no doubt that the more emotionally invested a parent is in his or her child, the better chances the child has to become successful later on in life.

5) They don’t let stress get to them It’s a known fact that martial arts is one of the best stress relievers out there. It helps you forget about the horrible day you had at work by teaching you how to focus on the present moment. Plus, you get that much needed endorphin boost that helps put a smile on your face.

Because they know how to channel their stress so well, parents who practice martial arts are less likely to let stress affect them. In turn, their children are more likely to be happier as well because of emotional contagion, or the psychological phenomenon where people “catch” feelings from one another. Conversely, if a parent is exhausted or frustrated, that emotional state could transfer to the kids as well.

The benefits of martial arts certainly go beyond the physical changes one sees in the mirror. It not only affects a person mentally, physically, spiritually and emotionally but could also transfer into his or her parenting style as well. As we can see, this could definitely determine whether or not a child would be successful later on in life.