Multiple-time Muay Thai World Champion and ONE Strawweight World Champion Dejdamrong Sor Amnaysirichoke has certainly cemented his name as one of the top strawweights in MMA today. After successfully transitioning from Muay Thai to MMA, the 37-year old Dejdamrong has yet to meet his match.

In his last fight in the ONE Championship cage against Yago Bryan of Brazil, Dejdamong was victorious once again, winning via decision. It was a considerably tough fight for Dejdamrong, as Yago was able to land some left hooks, leaving Dejdamrong with a minor cut above his right eye. But in the end, it was Dejdamrong’s brutal high and low kicks that earned him the judges’ nod.

However, on May 27, Dejdamrong faces a whole new ball game. This time, he will be facing one of his toughest opponents to date, undefeated Shooto veteran Yoshitaka “Nobita” Naito at ONE: Kingdom Of Champions in Bangkok, Thailand.

Curious to know more about this exciting matchup? Today, Evolve Daily shares 5 Reasons Why Dejdamrong Sor Amnuaysirichoke’s Fight In ONE: Kingdom Of Champions Is The Biggest Fight Of His Life:

1) It will be his first MMA fight in his homeland 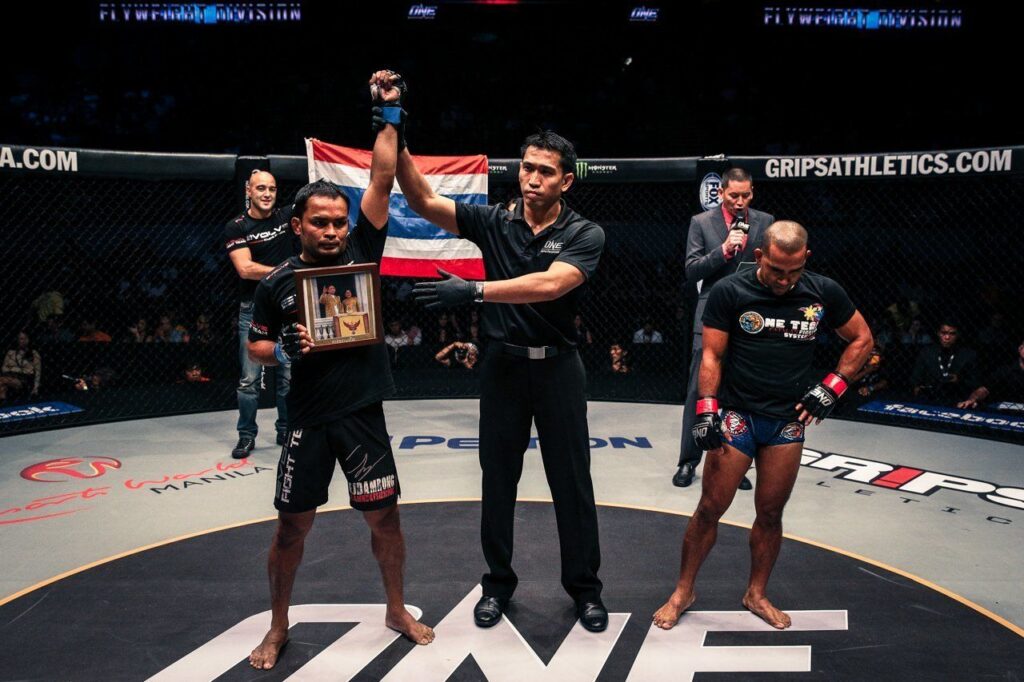 For the first time in history, ONE Championship will hold its inaugural Thailand event in Bangkok. On 27 May, the Impact Arena will be filled with thousands of screaming fans as they cheer on their hometown hero, ONE Strawweight World Champion Dejdamrong Sor Amnuaysirichoke.

Although Dejdamrong has proven himself time and again in the ONE Championship cage, he has never done so in his home country. There’s no doubt that the support of his countrymen will certainly boost his morale in the cage.

2) Yoshitaka Naito is the best grappler he has ever faced 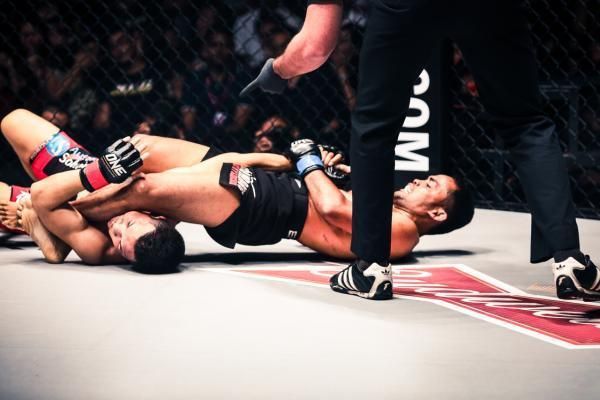 Yoshitaka Naito trains in the reknowned Paraestra Matsudo gym in Chiba, Japan. With teammates such as DEEP Superstar Toshiaki Kitada and Keiji Sakuta, who is on a 3-win winning streak in Grachan, there’s no doubt that his grappling skills are above par. Yoshitaka has also won 4 of his fights by submission – a feat that none of Dejdamrong’s past opponents have ever accomplished.

Dejdamrong himself has won two of his fights via submission, which is impressive for a Muay Thai fighter. Although Dejdamrong has been polishing his grappling skills with the BJJ Black Belt World Champions from the Evolve Fight Team, there’s no doubt that he will put his lessons to the test come May 27.

3) Yoshitaka Naito is the toughest opponent he has ever faced Currently undefeated in MMA, Dejdamrong has proven that he is as deadly in the ONE Championship cage as he is fighting Muay Thai in the prestigious Lumpinee stadium. A 3x Lumpinee Muay Thai World Champion, Dejdamrong is known as a technical fighter with quick hands and lightning feet with over 25 years of fighting experience.

His opponent, Shooto veteran Yoshitaka Naito is considerably more experienced in the cage. Also currently undefeated, Yoshitaka has 10 straight wins, 4 of which he won via submission and one via knockout.

4) He is defending his title as ONE Strawweight World Champion

With his title on the line against a formidable opponent, there’s no doubt that Dejdamrong is certainly in for a challenge. Last year, he fought for the inaugural ONE Strawweight title – the first male 115-pound championship bout staged by a major global MMA organization, and claimed his belt. It was a glorious moment in MMA history. Dejdamrong became the first Muay Thai World Champion to become an MMA World Champion and has held the title ever since.

Although both fighters are on winning streaks, Dejdamrong has won his last two fights via decision while Yoshitaka has won one via submission and one via decision. Dejdamrong will certainly have to tap on his unbreakable warrior spirit to ensure a victory.

When he became the ONE Strawweight World Champion, Dejdamrong made national history by becoming the first Thai national to ever win an MMA World Championship title. He received praise from not only his countrymen, but from MMA fans around the globe as well. In a country where Muay Thai is revered and MMA was once shunned, Dejdamrong certainly has a lot on his shoulders.

By keeping his title, he brings hope to Thai youth or even retired Muay Thai fighters like himself. His win will prove that there is a future for MMA in Thailand, especially for those who dream of becoming MMA fighters someday.

As Dejdamrong heads into the ONE Championship cage for the most important fight of his MMA career, there’s no doubt that his countrymen will show their full support for their hero. Not only is he fighting for his country, he is also representing the sport of MMA and its future in Thailand.

Don’t forget to catch this exciting match-up and many others on 27 May! If you haven’t purchased your tickets yet, do so today!