5 Superstars Who Are Obsessed With Cryotherapy 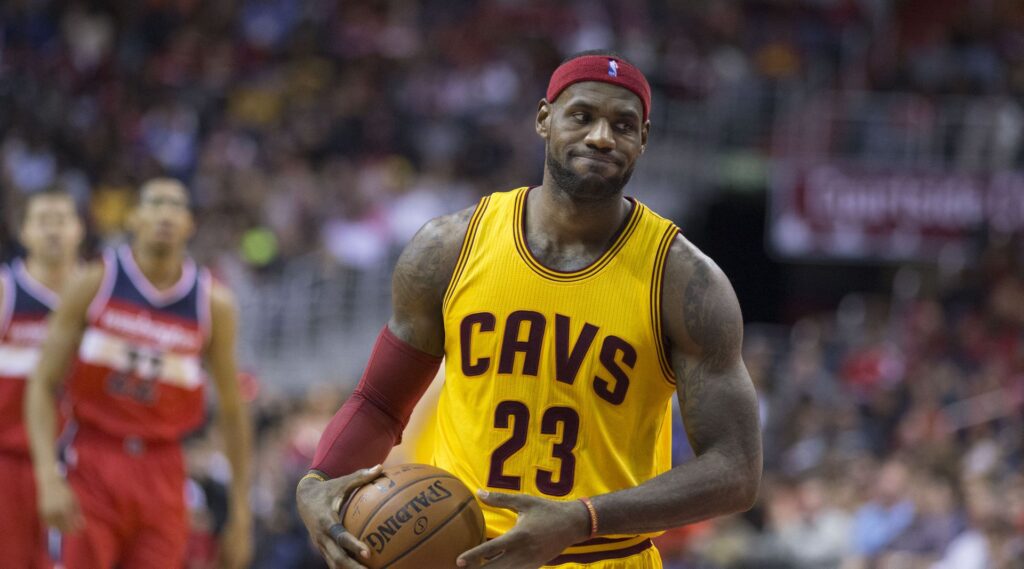 It all started when Japanese rheumatologist Toshima Yamaguchi discovered that exposing the body to subzero temperatures reduced the stiffness and pain his arthritis patients were dealing with. Over the years, more and more people started learning about cryotherapy and its benefits and started taking advantage of them for their own lives.

It’s quickly catching on in the sports world, with many famous athletes making it a part of their training regimen. Even celebrities who are not involved in sports are quickly realizing the many benefits that can be gained from regular sessions.

Nowadays, you do not have to be a famous athlete or celebrity to reap the rewards of cryotherapy. Recovery centers that cater to the general population — as well as a handful of celebrities — like Cryo Fit are opening up all over the world.

How it all works

Cryotherapy: The Future Of Physical Optimization

WATCH: Here’s why the world’s top athletes use cryotherapy to rejuvenate their bodies and ignite athletic performance!

During a cryotherapy session, your body is exposed to around -150°C for three minutes. This exposure leads to your body’s sympathetic nervous system being stimulated through your skin’s cold receptors. This leads to a constriction of blood vessels as blood is sent from your muscle tissues, skin, and the areas surrounding your joints, to your core.

As the blood is being transferred to your core, it goes through your cardiovascular system where toxins and other impurities are filtered out, while enzymes, nutrients, and oxygen are added. That process will occur continuously during the three minutes you are inside the cryosauna. Your metabolism is increased as your body tries to produce more heat, while anti-inflammatory hormones are increased. This heating up of the body hinders the production of collagenase – which breaks down collagen. Collagen helps with tissue repair.

When your cryotherapy session is over, your blood vessels become dilated, pumping the freshly enriched and oxygenated blood throughout the body. That stimulates your body’s repair process as your body stabilizes itself. As a result, you gain the following benefits:

Let’s take a look at a few celebrities who are already enjoying the benefits of cryotherapy:

5 Superstars Who Use Cryotherapy!

WATCH: These 5 superstars rely on cryotherapy to rejuvenate their bodies!

Cristiano Ronaldo was one of the first internationally-recognized superstars to make cryotherapy a daily part of his regimen. The Real Madrid star found out how beneficial this type of therapy was early in his professional soccer career. It’s hard to argue with the results given how successful he has been.

The 5 time Ballon d’Or winner remains one of the most popular athletes in the world, winning ESPN’s Most Famous Athlete Award in 2016 and 2017.

The 32-year-old likes cryotherapy so much; he bought his own personal cryosauna in 2013.

Soccer players aren’t the only ones who are increasingly being exposed to cryotherapy; it has also become quite popular in the NBA. Three-time NBA Finals MVP LeBron James was introduced to cryotherapy during the 2015 post-season when he was forced to carry on without two of the Cleveland Cavaliers’ big three, Kevin Love and Kyrie Irving, who were injured at the time.

Basketball fans around the world watched in amazement as a hobbled James always found a way to suit up when the bright lights came on. His secret was daily cryotherapy sessions which helped him speed up his recovery time.

LeBron has continued getting regular cryotherapy sessions ever since, and he remains one of the most durable players in the NBA to date. 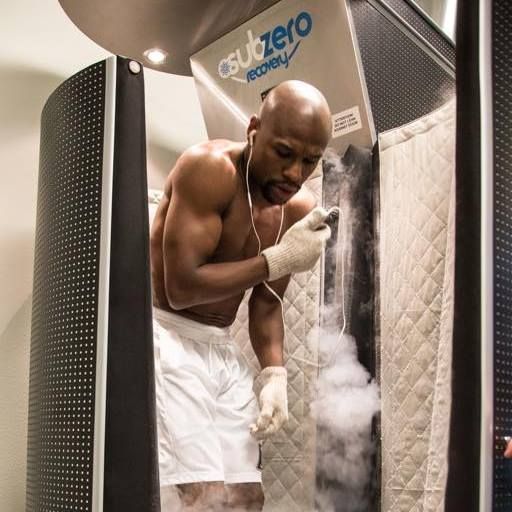 You will have a hard time finding an athlete who has been more successful than Floyd Mayweather. Regarded as boxing’s pound-for-pound best for years, Mayweather retired from professional boxing at the age of 40 with a perfect 50-0 record and almost a billion dollars in career earnings.

The last decade of his career was spent facing opponents who were almost always bigger and younger than he was. To further complicate things for the American boxer, he spent the last half of his career fighting with badly damaged wrists.

Yet, Mayweather never lost a step throughout his career. He was introduced to cryotherapy during the last decade of his boxing career when recovering from training become increasingly difficult. Mayweather has been closing out his training sessions with cryotherapy ever since. James Bond is well-known for having all sorts of cool gadgets, so you shouldn’t be shocked that the man who plays that role also loves to enjoy the benefits of cutting-edge technology like cryosaunas. That’s right, 007 himself uses cryotherapy to help him recover from the hard work out sessions that come standard with the Bond role. It also makes it easier for him to keep fat away from his midsection so he looks good in all those suits. Jennifer Aniston was the star of the hit TV series “Friends,” entrancing fans all over the world with her youthful smile and her “girl next door” personality. That was over 20 years ago when the series was launched. Now 48, Anniston still looks as good as she looked on the popular sitcom. If anything, she looks even better.

Aniston credits incorporating cryotherapy with her regular spa treatments as her secret weapon for keeping wrinkles and other signs of aging away. It also gives her the extra energy she needs for her long days shooting movies.

Cryotherapy is for everyone

You don’t have to be some world-class athlete or celebrity to take advantage of the benefits of cryotherapy. Having your blood cleansed, restricting cortisol production, having faster recovery times from workouts, and burning more calories are benefits we can all use.

Each cryotherapy session only lasts a few minutes, so you always find a way to fit it into your schedule regardless of how busy you are. Don’t get left behind while others enjoy the benefits of cryotherapy. Schedule an appointment to try out cryotherapy at Cryo Fit today!