6 MMA Superstars Who Are Also Olympians 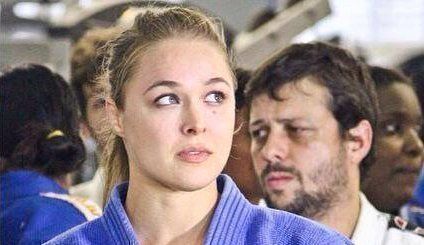 Since the inception of mixed martial arts as a professional sport in the early 90’s, athletes and martial artists from various disciplines have flocked to MMA. The sport has provided them an avenue to transition from the amateurs into the professional ranks, where they are given the opportunity to do what they love for a living.

As such, there have been a great deal of athletes who have reached the highest amateur level, particularly those who have gone on to compete at the Olympics. Wrestlers, judokas, karate prodigies — a lot of the world’s top martial artists are looking to MMA to compete as professionals.

Reigning ONE Welterweight World Champion Ben “Funky” Askren from the Evolve Fight Team is one of the most dominant fighters in the world today, regardless of weight class. He sports an unblemished 16-0 professional record, making nearly every one of his contests look spectacularly easy.

Yet before Askren even stepped inside the mixed martial arts cage, he was a budding collegiate wrestling star. Askren wrestled for the University of Missouri and is a two-time NCAA champion. He was also a member of the United States Olympic team that went to the 2008 Olympic Games in Beijing.

Askren’s amateur credentials would turn out to serve him well, however, as he has transitioned into MMA incredibly, bringing all the tricks of his “funky” style of wrestling with him. Today, he is one of the most feared competitors in ONE Championship.

Perhaps the most recognizable face in women’s MMA, “Rowdy” Ronda Rousey has reached legendary status in the sport in just a short amount of time. Rousey put women’s MMA on the map, opening doors for women all over the world. Today, MMA is one of the most popular sports for women, and we have much more female stars now than ever before — stars like Holly Holm, UFC Strawweight World Champion Joanna Jedrzejczyk, and ONE Atomweight World Champion Angela Lee.

But before the former UFC women’s bantamweight champion was an MMA superstar, Rousey was an Olympic judoka. She became the first American woman to earn an Olympic medal in judo when she captured bronze at the 2008 Olympic Games in Beijing. Rousey’s world-class judo skills, it would later turn out, would lead her to 12 straight wins as a professional before she eventually lost her title to Holly Holm in 2015.

30-year-old Henry “The Messenger” Cejudo is a flyweight standout from Phoenix, Arizona, competing in the UFC. In April of 2016, he challenged reigning UFC flyweight champion Demetrious Johnson for the title, falling by way of technical knockout in the first round. Despite the loss, however, Cejudo maintains a stellar 10-2 professional record and is one of the most talented fighters in the world today.

Also making a name for himself at the 2008 Olympic Games in Beijing, Cejudo defeated Japanese wrestler Tomohiro Matsunaga to become an Olympic gold medallist at the age of 21, the second youngest American wrestler to accomplish the feat.

Cuban mixed martial artist Yoel Romero, known for his freakish build and insane strength, is one of the most dangerous middleweights in all of MMA today. He has beaten some of the biggest names in the UFC, including Brad Tavares, Lyoto Machida, Jacare Souza, and Chris Weidman, among others. Out of his 12 total career victories, 10 have come by devastating knockout.

Back when he still represented his home country of Cuba however, Romero brought honor and glory to the island nation by winning the silver medal in the 2000 Summer Olympics freestyle wrestling competition and securing a fourth place finish in 2004. Throughout his amateur career, Romero defeated three different Olympic gold medal winners and five different world champions.

Of course, that is hardly surprising, since Romero is definitely one of the most feared wrestlers in MMA today.

Daniel “DC” Cormier, former Strikeforce Heavyweight Grand Prix Champion, and all-around tough guy, is one of the most dominant champions in all of mixed martial arts. Today, he is the undisputed UFC light heavyweight champion and ranked as high as number three on the list of top pound-for-pound fighters in the world.

Many fans regard Cormier as an unstoppable force, using his wrestling to overpower and smother his opponents. As a result, Cormier has amassed a very impressive 19-1 professional record, his only loss coming against former champion Jon “Bones” Jones.

Before his incredible professional career, however, Cormier absolutely killed it as an amateur. Back in 2004, Cormier finished fourth overall after losing in the semifinals. He would find himself in the mix again in 2008 when he was named Team Captain of the United States wrestling team.

UFC legend Dan Henderson is one of the most talented and well-known fighters in mixed martial arts history. With a professional record of 32-15, Henderson has seen it all inside the Octagon.

Henderson was the last Strikeforce light heavyweight champion and was the last welterweight and middleweight champion of the famous promotion, Pride Fighting Championships. He was also the first mixed martial artist to concurrently hold two titles in two different weight classes in a major MMA promotion.

After over 20 years in the sport, Henderson retired in 2016 following a decision loss to Michael Bisping, in a fight many thought he actually won. A Greco-Roman wrestler, Henderson represented the United States in the 1992 and 1996 Summer Olympics.

So, which of these Olympians do you remember watching at the Olympics?

Nowadays, a lot of people are finding different ways to get fit. Some have tried various fitness methods to shed a couple of pounds, but have failed because of an improper training program, a bad…

The gentle art of Brazilian Jiu-Jitsu (BJJ) plays a major role in the sport of mixed martial arts. Various fighters who come from a predominantly BJJ background have found immense success in the cage. It’s…

5 Takedowns You Need In Your MMA Game

MMA is a complex sport. For one, it combines the best aspects of all martial arts into a seamless, pure fighting style. It features the nuanced striking of Muay Thai and boxing, and the intricate…

In Muay Thai, there aren’t many things more effective than a well-placed liver shot. Whether it’s a punch, a kick, or a knee, the result is almost always the same and never fun for the…

Although mixed martial arts fights are composed of both striking and grappling, every fight starts off on the feet. As a mixed martial artist, in order to be effective, you have to possess a complete…