It can be difficult to understand your significant other’s love for martial arts, especially when you don’t feel the same way about it. Sometimes when they ramble on and on about that latest submission they just learned, or start shadowboxing while you’re both waiting for the bus, you can’t help but wonder if you’re in completely different worlds.

Well, you can always try attending a training session (or two!) with your martial artist sweetheart and find out for yourself why he/she loves it so much! After all, if you never try, you’ll never know whether you enjoy it or not! And there has to be a reason why your boyfriend/girlfriend chooses to spend all those Saturdays at the gym while you’re at home taking a nap or binge watching your favorite TV series.

Psst! Have you ever found yourself saying some (training-related) things that annoy them, even if that wasn’t your intention? Although sometimes you mean well and have your sweetheart’s best interests at heart, you might want to be careful what you say!

Today, Evolve Daily reveals 6 Things That You Should Never Say To Your Martial Artist Sweetheart: 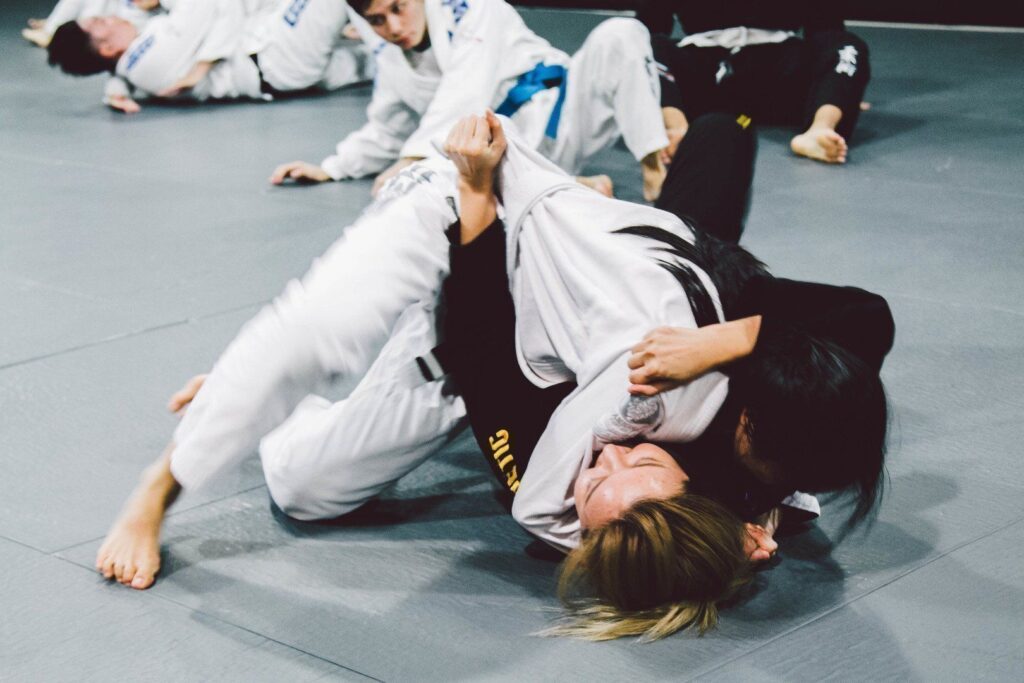 While you’re concerned for your other half’s wellbeing and worry that he/she could be overtraining, believe us when we say that there’s nothing to worry about! We’re pretty sure that they know their bodies best, and will always make it a point to recover with a rest day. Apart from that, they probably don’t ever feel that they’re training “too much”, simply because they love it! And it doesn’t matter even when they’re on vacation – they’ll still think about training and chances are, they’d find a way to keep active.

2) “Why are you training so hard when you aren’t even competing?” Muay Thai utilizes a beautiful symphony of kicks, punches, knees, and elbows with fluidity and grace.

Think about it: if you’re really passionate about something, you’d definitely go all out and do whatever it takes to reach your goals. And this is exactly what your martial artist boyfriend/girlfriend is doing, whether or not he/she intends to compete. The end goal could be to get into the greatest shape of his/her life, or to be the best martial artist he/she can be, so don’t just assume that only competitive fighters train hard. Because at the end of the day, it is up to the individual how much he/she wishes to invest in and get out of training.

3) “Which is more important: training or me?” Sparring is a great way to elevate your game.

Yes, we know. Sometimes you might feel pretty bummed because your significant other seems to prioritize training over you. But that’s not true! When they’re at the gym, chances are, they think about you too – especially during the moments before and after training. Never, ever try to ask them whether training, or you, are more important, because you’d very likely put them in an uncomfortable spot. Oh, and you might also end up getting the answer you don’t want to hear… 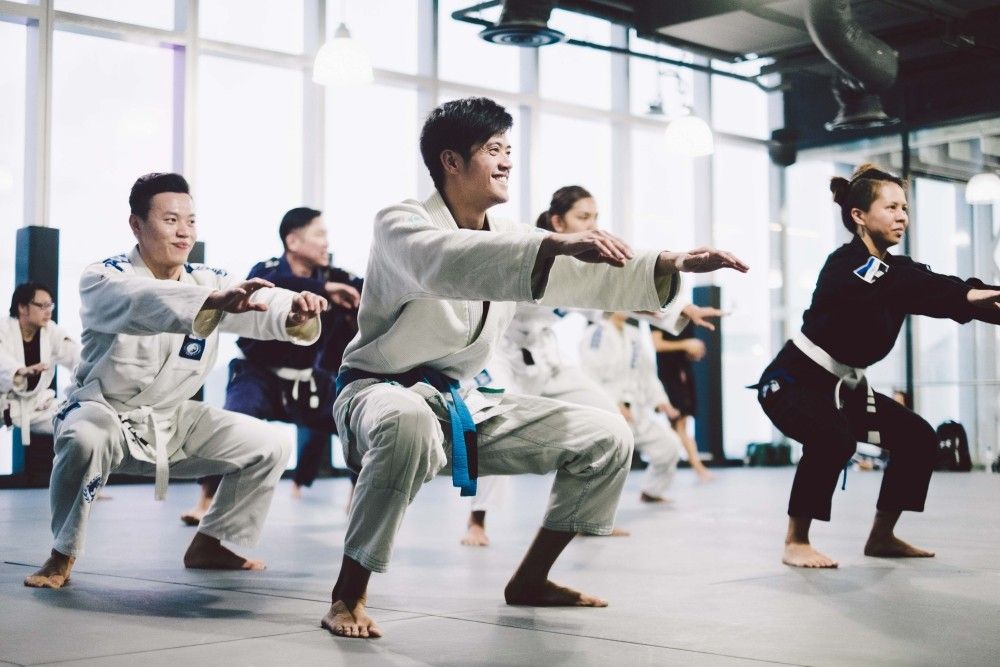 This is probably one of the things that would tick your sweetheart off instantly. As martial artists, they would rather be early than late, so as to get the most out of every lesson. If they are going to be late due to work commitments or maybe the bus broke down, and they confide in you, just hearing them out would be enough! Strength training is an essential supplement to every martial artist’s training.

So perhaps you and your other half aren’t on the same page when it comes to food choices. Well, junk food and alcohol would make those training sessions go to waste, so try to understand that they make these healthy choices because they always want to fuel up with the right foods. There might also be times when you feel disappointed because you’re the only one digging into that delicious burger while your significant other watches… Actually, why not save that burger for cheat day? We’re pretty sure that would be a much happier meal for both of you! 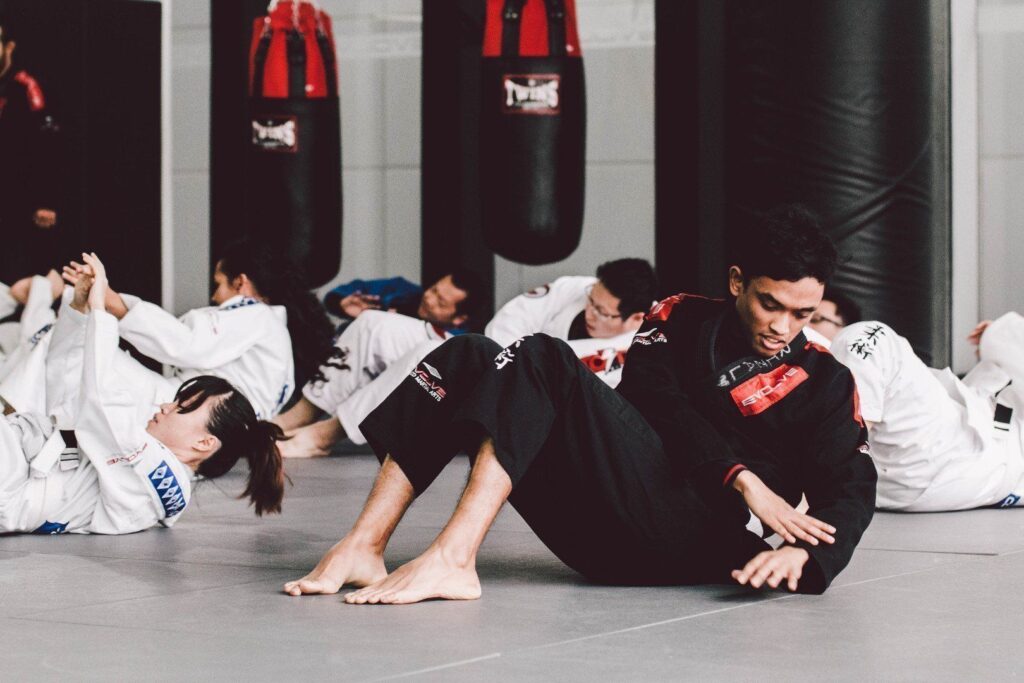 It is important to warm up properly before BJJ class.

You might firmly believe in “Sleep In Saturdays”, but your significant other would rather rise and grind. Well, as long as you’re both happy doing your own thing, this shouldn’t be an issue. Instead of questioning their decision to hit the gym first thing in the morning, why not just let them do it – and get those extra ZZZ’s! After all, it’s not like they’re going to force you to join them for that 8:30 a.m. Muay Thai class.

So tell us, how many of these things have you said to your martial artist sweetheart before?