7 Things Every Martial Artist Should Let Go Of In 2017 Now that 2016 is drawing to a close, we can’t help but look back and think about the past 11+ months that have passed by so quickly. How has your year been? And more importantly, how are you going to make this last month count? Well, even if 2016 hasn’t been an amazing year for you, we believe that you can make 2017 your year. However, you must be willing to let go of some things that hold you back, and hinder your growth as not just a martial artist but also as a person.

Ready to make 2017 your best year yet? Today, Evolve Daily reveals 7 Things Every Martial Artist Should Let Go Of In 2017: The knee is a fundamental move that every Muay Thai student must master.

If you’ve been expecting too much from yourself and setting unrealistic goals, then it’s time to stop. This is because doing so would actually be counterproductive – and there’s a chance you might get so disheartened that you give up along the way. So make sure you keep it real and of course, start setting more realistic short-term goals for yourself in 2017! By doing so, you would be able to effectively achieve them and eventually reach your ultimate end goal. In BJJ, you must always stay 1 to 2 steps ahead of your opponent.

Be honest. How many excuses have you made this year? If you’re wondering, “maybe” is also considered an excuse – because most of the time, it’s a “no” in disguise. Well, if you’ve been guilty of making excuses, then it’s time to let go of them all, so that they don’t get in the way of your greatness. Once you stop making excuses, you would definitely be able to achieve more, and crush those goals – whether in or out of the gym! The problem with listening to that inner voice of self doubt is that you would be bringing yourself down and preventing yourself from unleashing your greatness. So instead of putting yourself down, why not be kinder to yourself in 2017? A little self-love can really go a long way, and also lead to self-belief – which would enable you to accomplish amazing things. After all, you ultimately have the power to give yourself a great life.

4) The idea of perfection Next year, make it a point to let go of the idea of perfection (if it’s something you’ve been trying to achieve). Learn to embrace yourself for all that you are, imperfections and all – because you’re a unique individual! Also, it helps to remember that perfection is merely an idea that should motivate you to improve by 1% every day so as to get closer to it. Strength and conditioning is great way to supplement your martial arts training.

As much as we hate to admit it, we sometimes let our ego get in the way – and as a result, we hinder our growth as martial artists and people. After all, when your ego takes control, all you want to do is win, or be better than everyone else. But here’s the thing: winning isn’t everything. In order to truly progress, you have to constantly be learning and working towards becoming the best version of yourself. So leave your ego behind, and you might just be surprised with how much more you’re learning and growing. Training with a heavy bag increases your balance and strength.

Do you sometimes do things half-heartedly? Well, if that’s the case, then what’s the point of even doing it in the first place? Let go of the tendency to not give your 100% to anything – be it your training, your job, or your relationship. Make it a point to work towards greatness in all that you do. Even if you end up not being great, that’s okay – as long as you know you gave your best and did everything you could. 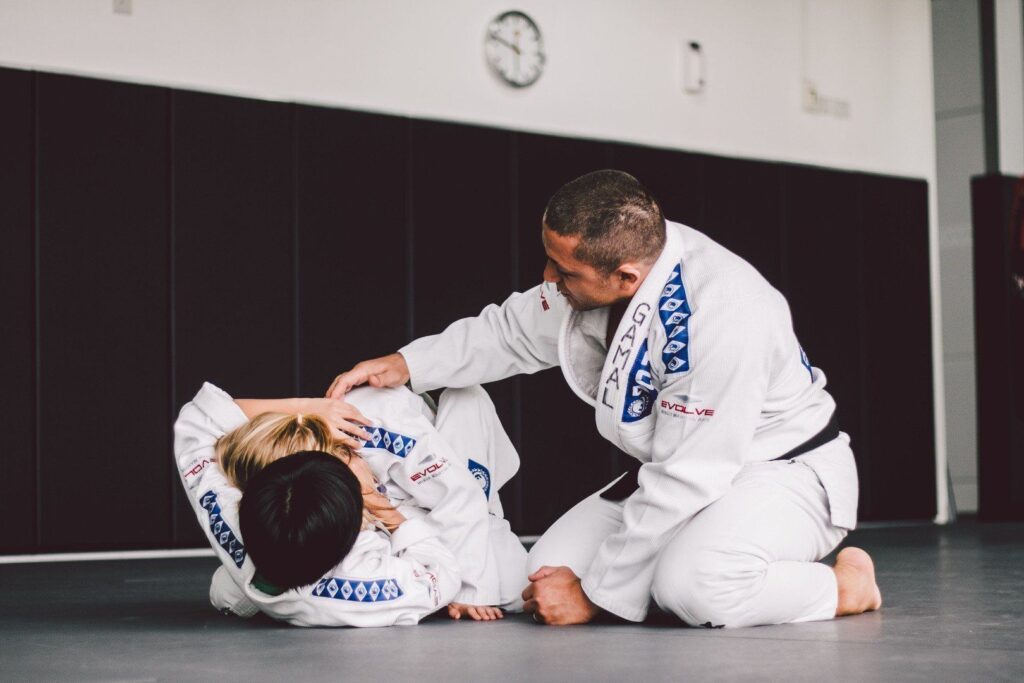 Whether it’s alcohol, your favorite fast food, or poor sleeping habits, one thing’s for sure – you need to let go of these unhealthy lifestyle choices in 2017. Apart from affecting your performance in the gym, these choices are also causing irreversible damage to your body. So learn to take care of yourself properly, because you only have one body and it deserves to be treated well.