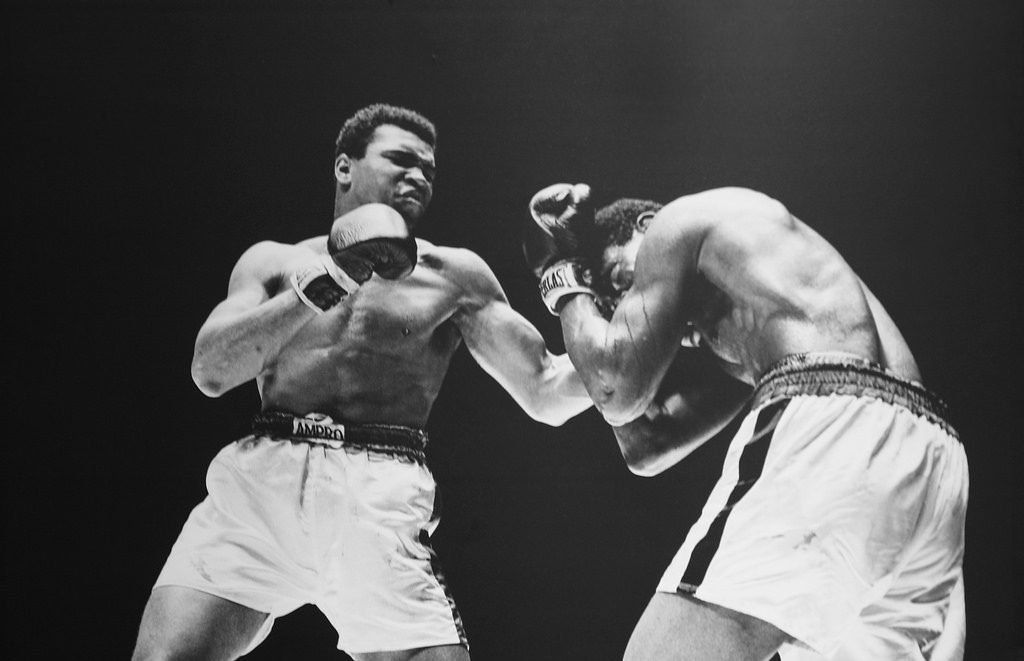 As one of the toughest sports in the world, it takes more than talent and athleticism to reach the pinnacle of boxing. The greatest boxing legends became household names because of their tremendous work ethic and warrior spirit. To become world champions, they spent countless hours honing their craft, pushing through their toughest days with mental toughness. Thus, in our quest to become the best martial artists we could be, perhaps we could take inspiration in the training methods of these boxing legends and use them in our own journey. Today, Evolve Daily shares 9 Training Tips From Some Of The Greatest Boxing Legends:

Many high level athletes practice self-affirmation. It is a powerful mental process that requires you to constantly remind yourself that you are the best. Eventually, your subconscious mind becomes influenced and you end up believing it. The legendary boxer Muhammad Ali constantly practiced self-affirmation, proclaiming in public that he was “the greatest .. even before I was.”  The more we repeat our affirmations, the more real they truly become.

Former World Heavyweight Champion Mike Tyson said: “I walk around the ring, but I never take my eyes off my opponent…then once I see a chink in his armor, BOOM! But he already made that mistake when he looked down for that one-tenth of a second. I knew I had him. He’ll fight hard for the first two or three rounds but I know I really broke his spirit.”  The moment you break eye contact reveals how anxious and intimidated you are, giving your opponent the impression that he is more dominant than you. Maintaining eye contact, whether with our opponents or teammates reveals our personal strength. If you want to appear confident and at the top of your game, good, lasting eye contact is essential.

3) Train harder than everyone else

Three-time heavyweight world champion, lineal champion, and the last undisputed heavyweight champion Lennox Lewis has an impressive record of 41 wins, 2 losses and 1 draw, with 32 wins by knockout. To get to his level, Lennox would work harder than everyone else in his camp, even harder than his sparring partners. “…  he would still find a way to do some work, even if it was just riding a bike up some mountains. He would always find a way to justify himself getting some work in.” says his trainer James Ali Bashir.  To become the best at anything, you have to find a way to go above and beyond 100% effort. Remember, your opponents are training just as hard, if not, harder. Make the conscious decision to push yourself to the limit every single training session — there’s no doubt you’ll see amazing results in the end.

4) Have a great trainer

Having a great trainer could make all the difference. Not only would he be able to help you reach your goals, he’d also push you beyond your limits to see what you’re capable of. Former WBA, IBF, WBO (twice), and IBO world heavyweight world champion Wladimir Klitschko can certainly attest to this. His trainer, Emanuel Steward, has trained plenty of great boxers including Lennox Lewis, Tony Tucker and Thomas Hearns. According to Steward, he doesn’t believe that boxing will see another athlete as talented as Klitschko in his lifetime.

Strategy plays a large role in the sport of boxing. Although working on the physical side of boxing — conditioning, sparring, is an important aspect of getting better at boxing, strategy is the final step for defeating one’s opponents. There’s no better tactician than Floyd Mayweather Jr., BoxRec’s number one pound for pound fighter of all time as well as the greatest welterweight of all time. His notable counter-punching abilities and tremendous ring IQ have helped him neutralize any advantages his opponents may have over him.

Manny “Pac-man” Pacquiao, is unbdoubtedly one of the greatest boxers of all time with a title belt in 8 different weight divisions, in which he has won 10 world titles. He has been able to achieve such prestige in the sport is because of his adept knowledge in techniques and quick footwork and hands. But what separates him from the other great boxers is his use of angles. A natural southpaw, Pacquiao uses unorthodox footwork to put him into positions where he can find space and punch at the most awkward angles. This tactic is effective because it surprises his opponents and confuses them. Whether we choose to use angles or feints — we need to always stay a few steps ahead of our opponents and surprise them. Doing so would prevent them from devising a counter attack and give us the upper hand in a match.

Sticking to the same training routine has its benefits, especially if the methods have been tried and tested. However, as you progress, you’ll find that you’ll need more variety to suit your training style. You’d also need a training routine to complement your strengths and work on your weaknesses, which will undoubtedly change through the years. Nazim Richardson, the trainer of three weight division world champion “Sugar” Shane Mosley, is known to have implemented interesting training methods to Mosley’s training routine. To keep Mosley alert, Nazim would swing a towel during his heavy bag session to try and catch him off guard. To supplement his workouts, Nazim would encourage him to try other sports such as bowling, basketball, and snowboarding. According to Nazim, these sports “gives him that muscle confusion and keeps him agile.”

Sometimes, as martial artists, we tend to neglect the mental aspect of training. Unbeknownst to us, it is probably the most important tool in our arsenal. By working on our mental strength, we allow ourselves to push our training boundaries further and further, no matter how tired or broken we feel. Undefeated WBA, WBC, and lineal super middleweight champion Andre Ward places great importance in the mental aspect of training. In fact, his trainer, Virgil Hunter, says that it’s all a matter of perspective. He says: “I don’t use reps, because I don’t want you ever to think, ‘I’m done.’ We don’t want that mentality…Quitting points give you the chance to quit right at the point that your pain threshold is about to change.”

There’s no doubt that we could certainly learn a thing or two from these boxing world champions. So tell us, which of these training tips will you use in your training today?