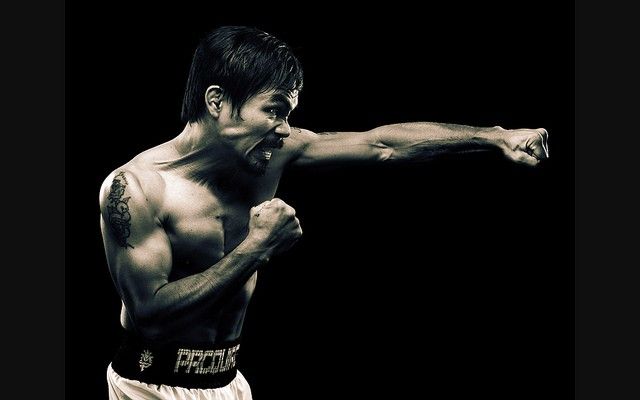 Have you ever wondered how Muay Thai World Champions Orono Wor Petchpun, Namsaknoi Yudthagarngamtorn and Brazilian Jiu-Jitsu World Champions Leandro “Brodinho” Issa and Bruno Pucci achieved the success that they did in their martial art of choice?

Or what made them decide to focus on these career paths, as opposed to working regular 9-5 jobs? Were they born with it? Was it something they were forced to do? Do they have genetic modifications that make them athletically superior to everyone else?

There’s no doubt that these World Champions perceive the world much more differently than others do. They would have had to, in order to achieve the success that they did. However, you’ll notice that the more you practice martial arts, the more you’ll find yourself thinking the same way these martial artists do.

1) They constantly work on improving themselves. Martial artists know that the minute they stop working on improving themselves, someone else will overtake them. They take note of their mistakes, and consult their instructors when they need help. They know that no matter how great they get, there’s always room for improvement to become even better martial artists.

2) They always have a plan. Everything martial artists think about revolves around their future. They know that anything they do has a direct consequence on their martial arts journey. Whether it’s sticking to their diets so that they’ll perform at their optimum level or choosing to train twice a day instead of once – these decisions could impact their careers either negatively or positively, depending on their choice.

3) They know the value of hard work. ONE Superstar Angela Lee trains 6 days per week to prepare for her next fight in ONE Championship: Odyssey of Champions.

Martial artists are never satisfied with simply being mediocre. They want to be better, working harder each time to achieve success in whatever they set their mind to. Even after their classes are done, you’ll see them, still shadowboxing or drilling in front of the mirror. They aren’t afraid of hard work because they know it’s what will help them reach higher heights. Being fearless is part of the job description for any martial artist. They know that they must take risks in order to achieve greatness. After all, the results are either hit or miss. While other people avoid taking risks, martial artists embrace them. They know the consequences of missed opportunities so they’ll do anything they can to avoid it.

5) They live life to the fullest. Often times, people refuse to take risks because they are scared of the outcome. This is because they’re afraid of failing, of being proven wrong and having to start all over again. Determined to live life to the fullest, they’re OK with making mistakes, savoring every moment life presents to them. After all, isn’t that what living truly means?

6) They know how to stay focused. ONE Superstar Jake Butler faces off with his opponent, Antoni Romulo at ONE: Return Of Warriors.

When it comes to achieving and setting goals, nobody is more driven than a martial artist. They work hard and train hard to get where they are and refuse to let anything else get in the way of making their dreams come true. The more they focus on their goals, the sooner they get to achieving them – it’s that simple. ONE Superstar Mark Striegl improves his striking at Evolve MMA.

Even the greatest World Champions have faced losses before. But has that stopped them from training? Has that stopped them from taking risks, just so they can follow their dreams? Absolutely not. Martial artists, especially World Champions, never let past failures define their futures. They know that anything can happen, especially if they work hard enough.

8) They are willing to adapt. Martial artists know that they have to be open to change. They have to adapt and learn new techniques in order to stay on top of their game. After all, martial arts is a journey of continuous learning, and the more adaptable you are, the more exposed you become to new knowledge and experiences.

As you can see, practicing martial arts is more than just keeping fit. It’s a way of life. Regardless of where you are in your martial arts journey, what’s important is that you should stick to your goals and be willing to do whatever it takes to get there.

Whether it’s taking risks, adapting to change or working hard – it’s all a matter of how bad you want it. Remember, stay focused and learn from the experiences of other martial artists. Who knows, you may just be the next World Champion!