A Letter To My Younger (Non-Martial Artist) Self You might be wondering who this letter is from – especially since everyone uses their phones to communicate with each other. Well, it’s me. Or rather, you, from the future. I know you have a lot of questions you would like to ask me, and while I’d love to answer them, I think it’s best I don’t. But if you really must know, you’re now well on your way to becoming the best version of yourself possible. Oh, and you’ve been training martial arts too. Muay Thai, boxing, Brazilian Jiu-Jitsu… You basically do everything because you can’t decide which one you love most.

You might think this is a joke, and could possibly be rolling your eyes or laughing at what you just read. But remember, I’m you from the future, and before we get to the serious stuff, let me tell you this: your couch potato days are numbered. And that’s for the best! After all, what can you possibly learn from lazing around and binge watching TV shows all day long? Now, you aren’t going to understand that yet, but it’s okay, because my main purpose of being here is to tell you that everything is about to change for the better. 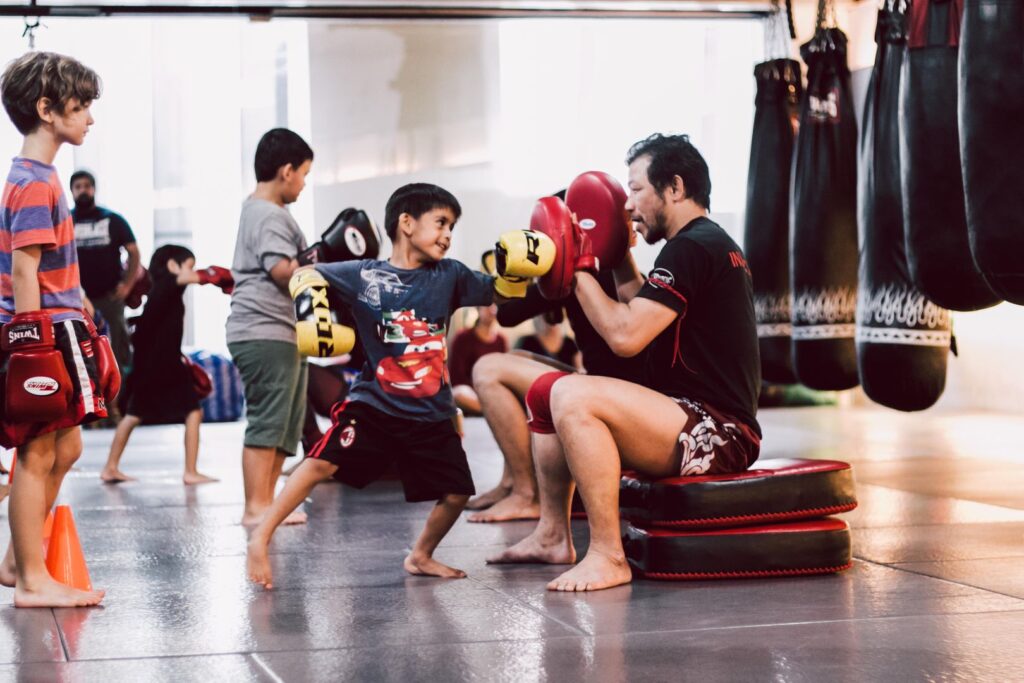 I know that you currently don’t know what to do with your life, and that some days feel meaningless. But let me tell you this, you’re going to be fine. You just don’t know that yet… At this point, some of your dreams feel too far away. And you’re going to be super tempted to just let go. After all, that’s the easier option. But let me tell you something: you’re going to regret not chasing them. No matter how crazy or out of this world your dreams may seem, believe me when I say that they’re worth pursuing. So go after what makes your heart race and more importantly, hold on to it – even on your worst days. Trust me, it’ll all be worth it in the end, whether you succeed or not.

Speaking of which, there will be times when you try your best but don’t get what you set out to achieve. Basically, you’re going to fall. And it’ll be scary, disheartening and frustrating. But I want you to know that it’s more than okay to fall – because when you fall, you learn. So fall as many times as you have to, but always remember to pick yourself up each time. More importantly, remember to keep moving forward… It’s hard, but it’s the best thing to do in times like this.

Some days, you live in the past; others, in the future. But think about it: if you have one foot in the past and another in the future, where do you stand in the present? When your thoughts start to overwhelm you, breathe. And focus on what’s directly in front of you – focus on this moment, because it might have something for you to seize and you shouldn’t just let it slip away and become yet another missed opportunity. There are going to be people who, for some reason, strongly dislike you. And they’re going to hurt you. I know that it feels like the end of the world when you get your heart broken, or lose those friends, but believe me when I say that you’re going to make it out of this in one piece – and even find something (martial arts!) that would always be there for you, no matter what.

You’ll also start relying on yourself and stop depending on others for your happiness. After all, at the end of the day you ultimately have the power to paint that smile on your own face. So over time, you’ll stop letting all these external factors affect you – because you’d take charge of your life and hold your fate in your own hands. It’s not going to be an easy journey to ultimately get here, and you’re going to face obstacles along the way, but you’ll learn to face these struggles head on, and punch them in the face. Psst! You’re also going to get much, much stronger.

One of your biggest struggles right now is embracing yourself for who you are. Yes, I know you have flaws – but the truth is, nobody’s perfect – not even those who appear to be so. Stop selling yourself short, and know that you’re worth so much more than the world would like you to think. Don’t give in to that inner voice of self doubt, because there’s so much you can (and will) do and achieve. At some point of your martial arts journey, you’d finally learn to love yourself – despite all those flaws that you constantly focus on. This is because you’ll see for yourself just what your body can do for you, and learn to appreciate it in ways you struggle to today.

So dry your eyes, get back up on your feet again, and keep moving. There’s a whole new world out there that’s waiting for you.