Are These Weight Loss Myths Preventing You From Getting In Shape? Most of us would do just about anything to shed those pesky pounds. Unfortunately, that includes following some advice from so-called health gurus on the Internet. The thing is, sometimes these tips take us further away from our weight loss goals and prevent us from getting in shape.

Want to ensure that you haven’t been led astray by false information? Today, Evolve Daily shares 5 Weight Loss Myths That Prevent You From Getting In Shape:

Yes, you’ll definitely be reducing the number of calories you’re consuming when you skip meals. But did you know that skipping meals can potentially cause your body to go into starvation mode, and slow down your metabolism? When this happens, your body wouldn’t be able to burn calories as effectively. What’s more, there’s a high chance that you’d end up craving (and overeating!) all kinds of junk food.

Every meal is important. That’s why you should ensure that you’re fuelling up with enough food so as to prevent yourself from getting a nutritional deficiency.

Tip: Instead of skipping entire meals, you can reduce your caloric intake by swapping out junk food for healthier options that contain fewer calories. You might also want to include these fat-melting foods in your daily diet!

2) Working out longer and harder can melt away more fat 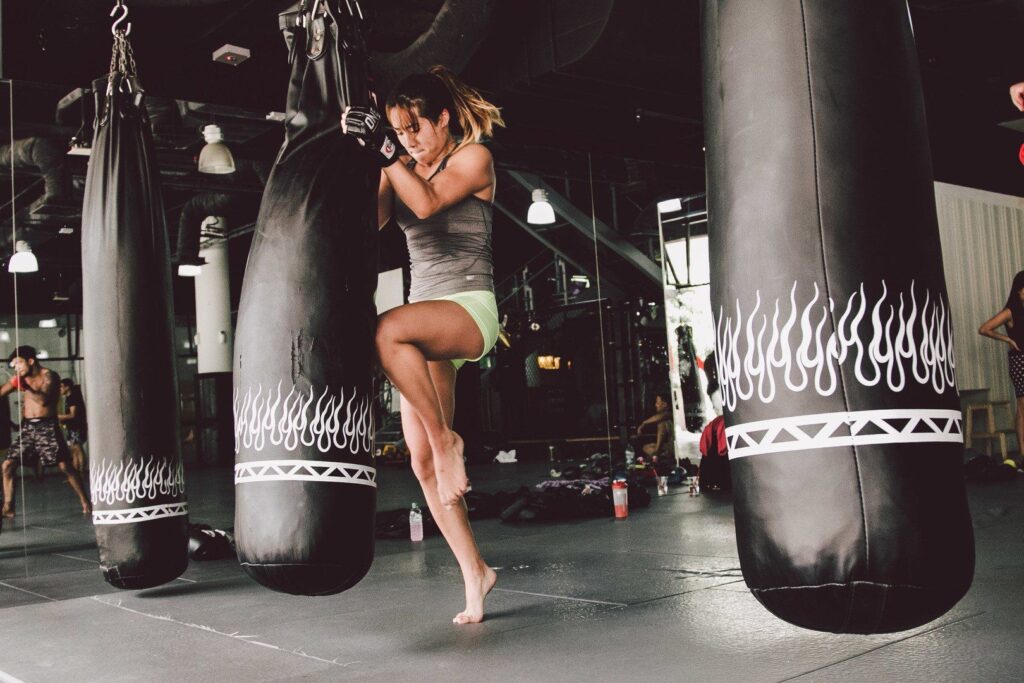 While it’s true that an intense gym session helps you burn more calories, overtraining can actually result in muscle loss and fat gain. This is due to the inadequate amount of testosterone that your body produces when you work out too much. When this happens, your body also produces higher levels of cortisol – which causes your body to stop burning fat! Eek! Apart from that, you’re also putting yourself at risk of getting injured when you overtrain.

Tip: Instead of working out non-stop, 7 days a week, make it a point to schedule in a much-needed rest day for your body to recharge.

3) Cardio is the most effective way to lose weight 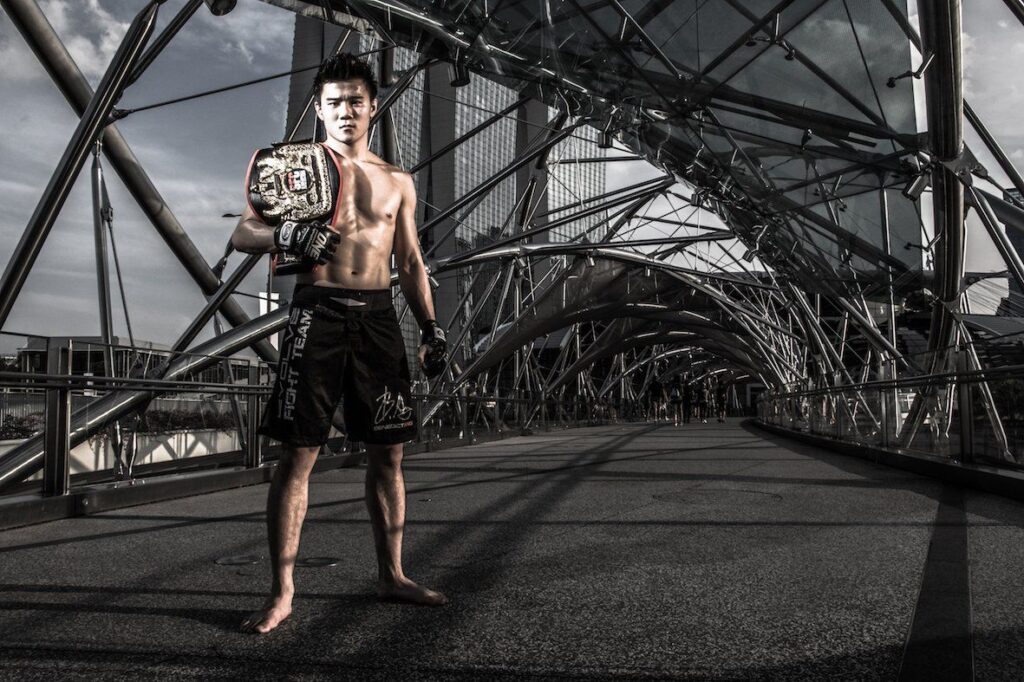 ONE Superstar Benedict Ang from the EVOLVE Fight Team is ready to defend the honor and glory of Singapore on May 6 at the Singapore Indoor Stadium!

Women in particular, often turn to cardio when they’re looking to lose weight because they’re afraid of becoming bulky if they start strength training. But here’s the thing: strength training plays a part in accelerating your metabolism! This is all thanks to the lean muscles that your body builds when you do strength training exercises.

The more muscle you build, the higher your resting metabolic rate becomes. As your muscles require more fuel for day-to-day function as compared to fat, you’ll burn extra calories even when you aren’t working out!

Tip: Add some of these strength training exercises to your workouts, or shock your muscles by trying a new activity such as martial arts, yoga, or anything else you haven’t tried before! 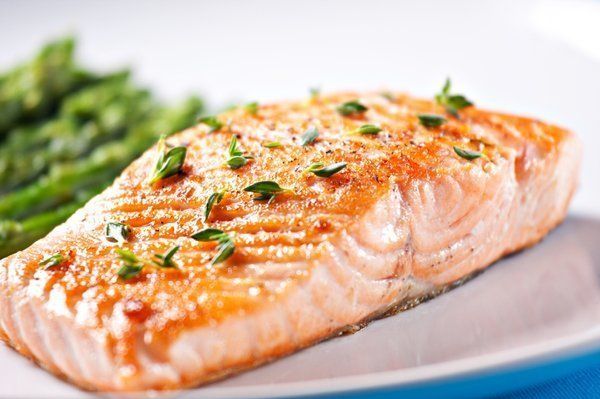 Salmon is rich in omega-3 fatty acids which is good for health.

The problem with this myth is that it causes people to turn to low-fat food. Although it looks good on paper, low-fat food actually takes you further away from your weight loss goals. This is because low-fat food usually contains extra additives, sugar or sodium, so as to make up for the ingredients that have been removed.

Besides that, low-fat food contains less fat and calories, which leaves you less satisfied. As a result, you might end up eating more!

Tip: Consume healthy fat from sources such as salmon, avocados, nuts and seeds. If you choose to stick to products with the usual fat content, have smaller portions. 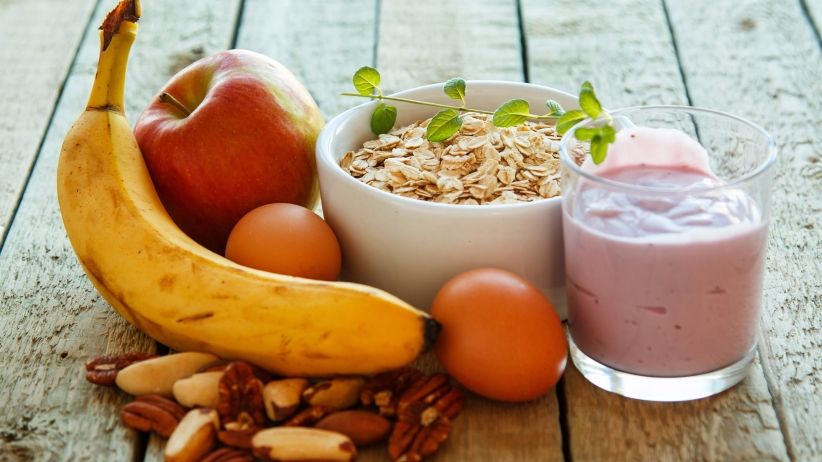 Healthy snacks can keep your energy levels up and prevent you from having unhealthy cravings.

When you see the word “snacks”, you might immediately think of potato chips or chocolate chip cookies. But that’s not the kind of snacks we’re referring to! It’s okay to eat healthy snacks such as Greek yoghurt, fruits, or tuna crackers, when you’re feel like munching on something in between meals.

If you’re feeling hungry in between meals, it could mean that you’re not eating enough. Ideally, you should have 5 to 6 small meals a day so as to keep yourself feeling satisfied throughout the day. That means you would be less likely to have unhealthy cravings. Also, eating small meals daily can help you burn more calories!

Tip: Learn to snack mindfully rather than mindlessly. Be aware of what you’re putting in your body and how much of it you’re consuming, so as to avoid overeating.

Now that you know about these myths, don’t let them get in the way of your body goals. Now go forth and get into the best shape of your life!