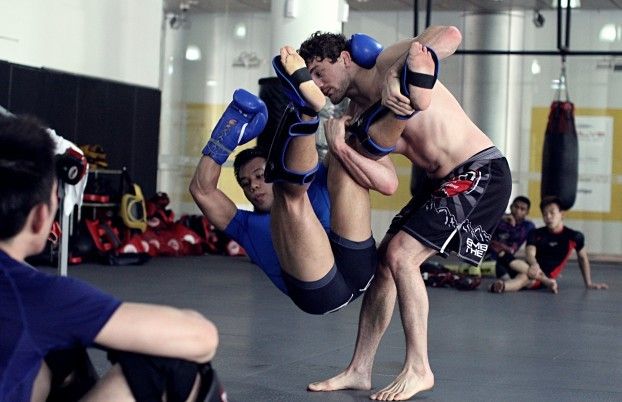 There are several elements that go into executing a successful takedown. These include speed, timing and technical knowledge. For an experienced wrestler like Ben Askren, these are just some of the qualities he already possesses — much to the dismay of his opponents.

1) Double Leg Takedown vs. Suzuki
https://youtu.be/R-S8rqoVWMI?t=2m7s
“This was one of my more dominant fights,” explains Askren. From start to finish, Askren dominated the fight, landing a well-executed double leg takedown before finishing Suzuki with strikes. Askren was unrelentless, proving that Suzuki definitely was no match for him.

“The headlock is also one of my favorites, it’s one of the easiest ways to get your opponent’s back, strike or set up a guillotine,” says Askren. Here, Askren uses the headlock to bring Koreshkov down to the ground, placing Koreshkov’s arm and shoulder in an awkward and very painful position.

In this match, Askren utilizes a beautiful high crotch takedown to put Hieron on his back. Driving across Heiron’s hips, Askren lifts the secured leg and gives Heiron very little room to counter, allowing him to use his ground and pound.

According to Askren, the formula for a successful takedown includes the following: a good set-up, timing and range. In order to add this to your MMA repertoire, Askren’s advice is constant drilling. “The more you drill, the better your timing and instincts will be,” Askren reveals.

This Friday, he is set to face Luis Santos at ONE Championship: Valor Of Champions. Will Askren’s superior wrestling reign supreme once again? Let’s watch and find out!