From Boy To Man: How Martial Arts Helped A Troubled Teenager 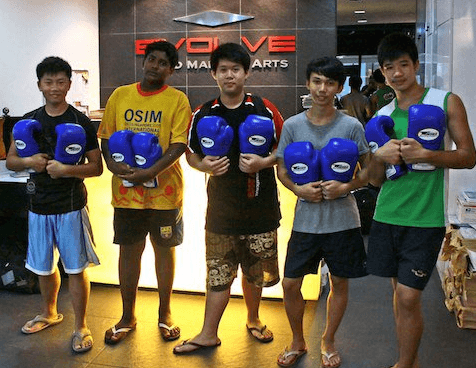 “Often, it’s not about becoming a new person, but becoming the person you were meant to be, and already are, but don’t know how to be.”

It can be argued that a man’s toughest battles are those that are fought within him. Fear, anger and doubt; these are the things that seek to hinder us from our journey towards success. But when we are finally victorious, we become even stronger and greater than we ever were before.

This was the case for 22-year old Evolve MMA student, Qing Song, who, through martial arts, had overcome the struggles of a troubled life, unleashing the greatness that was in him all along. Now, he is an inspiration to those who seek to win their own battles in life.

Qing Song was from the Boys’ Town Home, an institution that provides boarding and residential care for teenage boys who come from troubled families. And coming from a single parent family, Qing Song remembers being a problem child growing up, “I used to be someone who created a lot of problems for others, both at home and at the Boy’s Town Home,” he recalls.

When Qing Song first joined the Boys’ Town Home, mentor and head of the hostel unit at Boy’s Town Home, Harry Mealin discovered that there were many issues that plagued the troubled teen. “Some of the challenges we faced with him was how to manage his anger, frustration, and troubles in school,” Mealin explained.

However, things started to change when Qing Song was selected to be part of the Evolve Fitness Program, a privilege program offered to those at Boys’ Town Home. Through the training program and mentoring, he began to grow and excel in all areas of his life. Qing Song’s performance in school improved and he graduated from the Institute of Technical Education with a Nitec in Pastry & Baking last year. More recently, he was one of the few to be selected for a marine specialist course during his service in the Singapore Civil Defence Force.

Apart from these achievements, Qing Song has also made incredible progress growing into the young man he is today. And all these would not have been possible without his hard work and newfound life in martial arts. The Evolve Community Outreach Program has helped Qing Song reach his fullest potential not just in martial arts, but all areas of his life. “Evolve is very special because they’ve taught me more than Muay Thai; they’ve taught me how to be a better person,” he said. “I have also met some new friends, which makes me happy because I feel like I’m a part of a family.”

The Evolve Family would like to extend Qing Song our sincere congratulations on his well-deserved Student of the Month honors. He is an inspiration to us all and we believe he has what it takes to become successful in life. We look forward to seeing him continue to strive for excellence in his martial arts journey here at Evolve MMA.

Here’s what Qing Song’s instructors have to say about him:

“Qing Song has shown improvement not only in his Muay Thai skills and techniques but also as a person. He is active in class and always gives his best during training and sparring. I am very happy to share my knowledge with him and I hope he continues to improve himself every day.”

“Qing Song has changed a lot since he started here at Evolve. He has improved a lot in his Muay Thai skills and has become more mature over the years.”