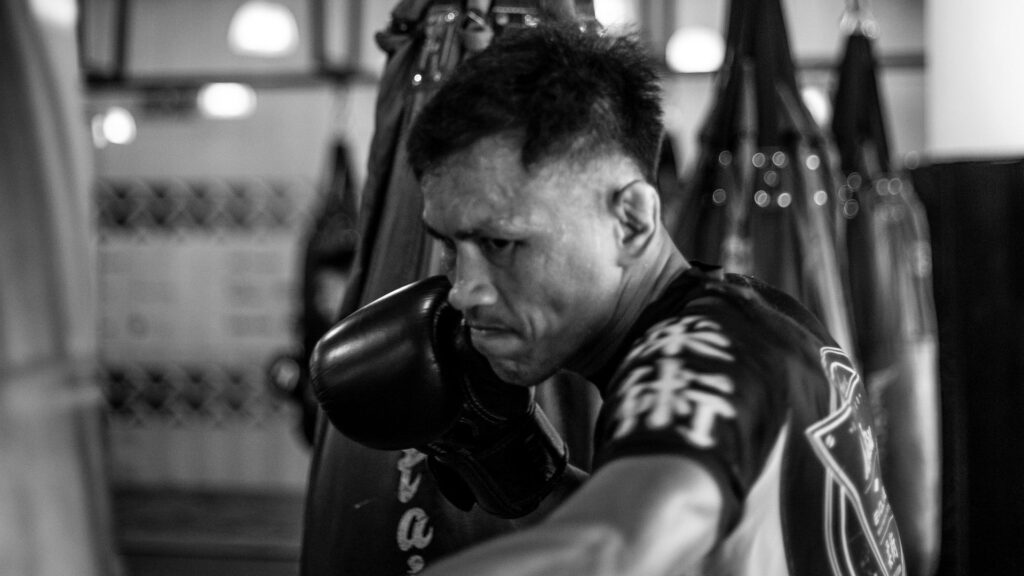 Multiple-time Muay Thai World Champion Singtongnoi Por Telakun from the Evolve Fight Team has authored memorable victories throughout his career, figuring in some of the toughest battles across Thailand’s most prestigious stadiums. But surviving his life-threatening bout with cancer may be his biggest victory of all.

However, when he was diagnosed with cancer in 2016, he never thought he would ever fight again, let alone see past the next few years of his life.

“While I was fighting cancer, I never thought I was ever going to fight again, let alone on a massive ONE Championship show in Bangkok! At the time I wasn’t even sure if I was going to live,” said the Muay Thai legend.

“So to be a part of such a big event in front of all the Thai fans in Bangkok is amazing. I’m very proud and thankful for the opportunity.”

Fast forward two years later, and Singtongnoi has made his debut for ONE Championship, defeating Italy’s Joseph Lasiri at ONE: UNSTOPPABLE DREAMS just last May in Singapore. Singtongnoi looked as fresh as ever, even after years of not competing, it appeared he hadn’t even missed a beat.

He returns to action this Saturday, 6 October on the main card of ONE: KINGDOM OF HEROES, set for the Impact Arena in Bangkok, Thailand. His opponent is 27-year-old Japanese kickboxing superstar and former RISE Featherweight Champion Masahide “Crazy Rabbit” Kudo. This bout will be Singtongnoi’s first time competing under a kickboxing ruleset.

It is expected to be one of the most exciting fights of the night, given Singtongnoi’s veteran experience and Kudo’s rambunctious youth and style. Although Singtongnoi is giving up over a decade in age, still, the Muay Thai legend believes he is ready to put on a show in front of his hometown crowd.

“Every fight I have is important to me. No matter who I’m facing, I always give 100% in the ring,” Singtongnoi said. “I can’t wait for fight night and the chance to entertain the Thai fans.”

Trainers and coaches who have worked with Singtongnoi throughout his career have described him as a loyal, hardworking and devoted fighter, who is committed to finding a way to win every fight, no matter the odds.

He has proven this in the ring with his many memorable victories, and in life with his triumph over cancer.

Across Thailand, there are many people who are suffering, going through poverty and sickness. Singtongnoi relishes in his role as an inspiration to his people and is quick to remind everyone that as long as you’re alive, there is no challenge too great for the human spirit.

“I hope that I can serve as motivation for people that are going through hard times,” Singtongnoi concluded.

“Not long ago I had cancer, and now I’m going to be performing in front of a packed stadium at Thailand’s biggest sporting event. I hope to show that no matter how bad your situation is, if you don’t give up, you can achieve anything.”

ONE: KINGDOM OF HEROES is set to become the biggest evening of martial arts in Thailand’s history. For the very first time, world-class boxing is on the table for ONE Championship, who brings home Thailand’s greatest boxing superhero. In the main event, The Ring Magazine and WBC Super Flyweight World Champion Srisaket Sor Rungvisai will defend his title against Iran “MagnifiKO” Diaz of Sonora, Mexico.

It’s going to be an amazing evening of pure martial arts action, and one that fans will not want to miss. Catch multiple-time Muay Thai World Champion Singtongnoi Por Telakun showcasing his incredible skills. Show your support and download the ONE Super App so you can watch all the action live and for free, available on iOS and Android mobile device platforms.