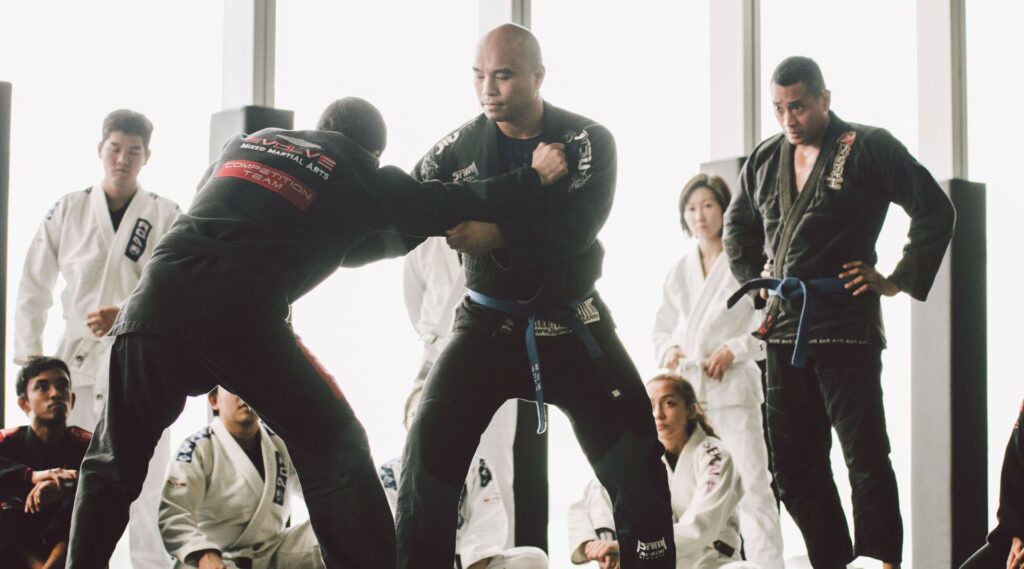 Nothing compares to martial arts classes when it comes to the type of impact it can have on your life. Many of these styles have been around for millennia, and they are not going away anytime soon.

Matter of fact, martial arts have become increasingly popular in recent years as information about the many different styles is now easily accessible thanks to the internet. With amazing benefits like getting in shape, learning how to defend yourself, staying stress-free, and an opportunity to meet like-minded people, martial arts are here to stay.

Unfortunately, there are some misconceptions about martial arts that might lead to an inaccurate understanding of what signing up for classes entails.

Get ready to learn everything you always wanted to know about martial arts but were afraid to ask.

Do I need to be tough to learn martial arts?

Absolutely not! Martial arts is not about using brute force to subdue your opponents. That’s extremely clear when you translate the names of many of these martial arts into English. For example, the “Jiu” (originally Juu) in Jiu-Jitsu stands for “gentle.” So Jiu-Jitsu translated into English means “gentle art.” That is pretty much the mentality behind most martial arts.

To further illustrate that point, the man responsible for the way Brazilian Jiu-Jitsu is trained today, Helio Gracie, was the scrawniest person in his family. It was his physical weakness that pushed him to develop a style that favored technique, strategy, and leverage over physical strength.

Decades later, his skinniest son, Royce, showed the world it was the most effective style for one-on-one combat, winning the first two UFC tournaments while facing opponents who were significantly bigger than he was.

Will people who are not aggressive fit in at the martial arts gym?

The only martial arts schools that are filled with aggressive people are fictional ones like the infamous Cobra Kai dojo from the original “Karate Kid” movie.

Real life martial arts gyms are completely different. Respect is a universal value that all martial arts share and overly aggressive people are quickly kicked out of most respectable gyms. Martial arts teach people self-control, discipline, and serenity. These are the types of values most of your training partners will exude.

People who are not used to contact sports might be a little intimidated by the concept of sparring, but that only comes later in your training when your instructors think you’re ready. It is not compulsory either; if sparring is something that really makes you uncomfortable you can skip that part of the class.

Do I need to get in shape before I start martial arts training?

Being in shape will make your first few martial arts classes a little easier, but it is not a prerequisite to train. The reality is: regardless of what type of shape you’re in, you’re going to feel the burn during your first few martial arts classes. That’s because you are going to be performing all sorts of drills, techniques, and exercises you have never done before. Martial arts tend to focus on the development of your core muscles, while many people who work out tend to ignore those.

Once you have a week or so under your belt, many of these exercises will become a lot easier as your body gets used to them. Some martial arts classes, such as Muay Thai, can burn up to 1,000 calories 60 minutes, so you’ll be in tip-top physical condition in no time if you stick with it.

Should I avoid training with people more experienced than I am? Friends will help motivate and push you through your martial arts class.

You should never feel intimidated when you walk into a martial arts class and see a good number of advanced belts walking around. That’s a clear sign that you’re at a gym with really good instructors if so many skilled martial artists are willing to train with them.

Don’t be afraid to pair up with people higher ranked than you are during classes. Every single one of them was a white belt at some point, and they are well aware of the fact they are more skilled than you are. Training with people who know a lot more than you do will only lead to you learning faster.

If you’re doing something wrong, they’ll correct you and show you the proper way. That’s one of the reasons why respect is so big in martial arts. If you’re respectful to those around you, they are more likely to take a break from their training time to show you the ropes.

Is it possible to train martial arts with a busy schedule? Nothing is stronger than the friendships forged in the Muay Thai gym.

Yes, it is. Nowadays, most people who train martial arts have busy schedules as well. That’s why Evolve MMA, open 7 days a week, has the largest class schedules in Asia with over 500 classes a week. Regardless of your schedule, you will be able to find a few classes that fit into your daily routine. You don’t have to always train at the same time every day either. Feel free to mix up when you train to fit your schedule.

Martial arts will give you the extra energy you need to push through your daily routine while lowering your stress levels, allowing you to perform better at work.

Martial arts are for anyone who is interested in becoming a better version of themselves. It will keep you in excellent condition, improve your problem-solving skills, and teach you how to defend yourself if the need ever arises.

So what are you waiting for? Take control of your life and schedule a complimentary trial class today!