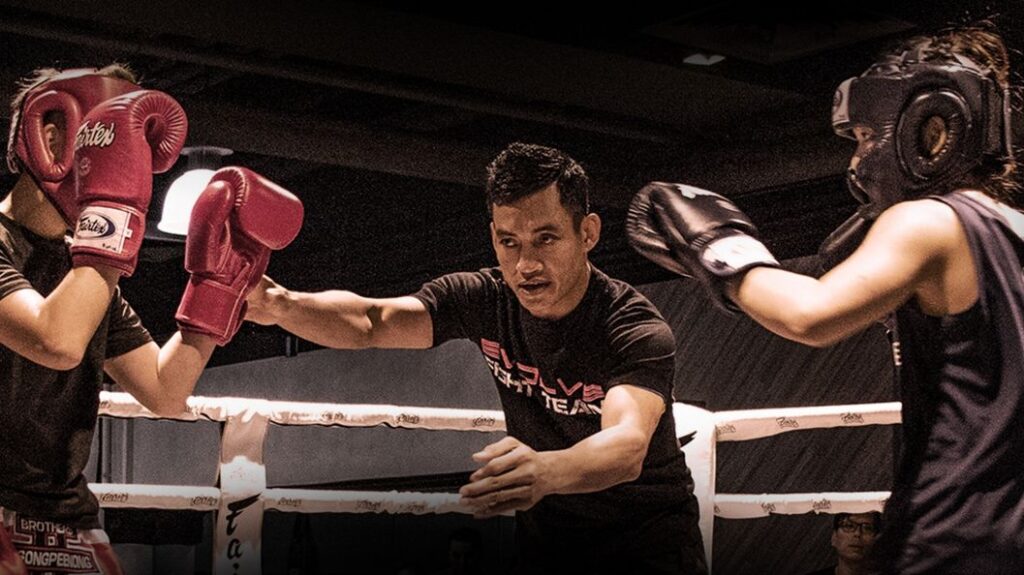 It’s time to cheer on your classmates as they put themselves to the test! Evolve MMA will be holding the inaugural Evolve Warrior Fight Night on 25 May at Evolve Far East Square at 6:15 PM. The monthly competition night will give Evolve students a chance to test their skills in a fun and safe environment.

This first edition of the monthly fight night, taking place on 25 May, will be a Muay Thai fight night. Future Evolve Warrior Fight Nights will cover other martial arts.

With registration closed and matchups finalized, the participants are finishing off their training in preparation for the big night.

The Evolve Warrior Fight Night on 25 May is open for all Evolve members to come down, join in on the fun, and cheer on their teammates. If you missed registering for the event this time around, keep your eyes peeled for the next fight night. Registration to compete in Evolve Warrior Fight Nights is open to all Muay Thai Level 2 and above students who regularly attend sparring class.