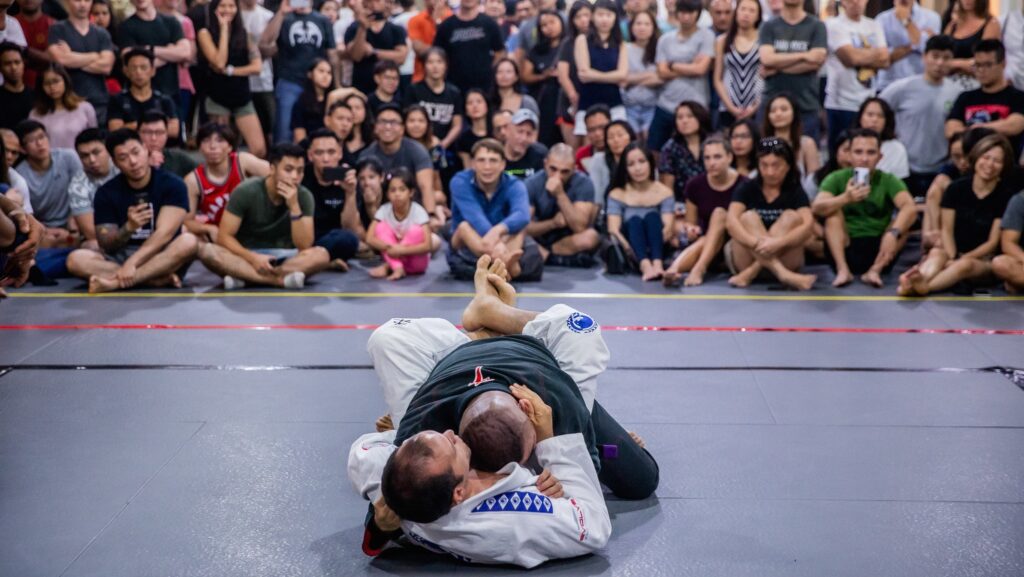 On Saturday the 27th of July, the Evolve family came together for another successful Evolve Warrior Fight Night. On display, this time around, were Evolve’s up and coming Brazilian Jiu-Jitsu (BJJ) competitors, who put on an entertaining show for the packed crowd. The amateur BJJ matches showcased fierce competition and beautiful sportsmanship, and all competitors represented themselves and their professors well. 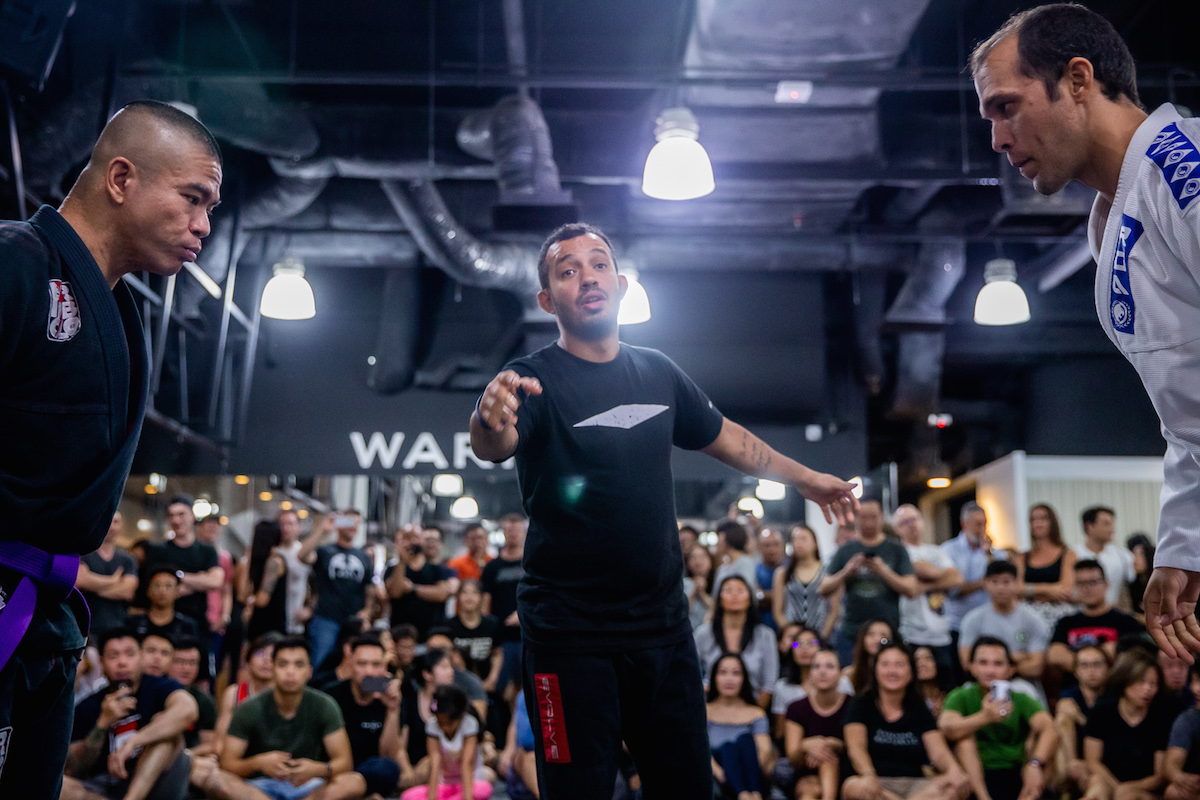 Fierce competition and beautiful sportsmanship were on display. 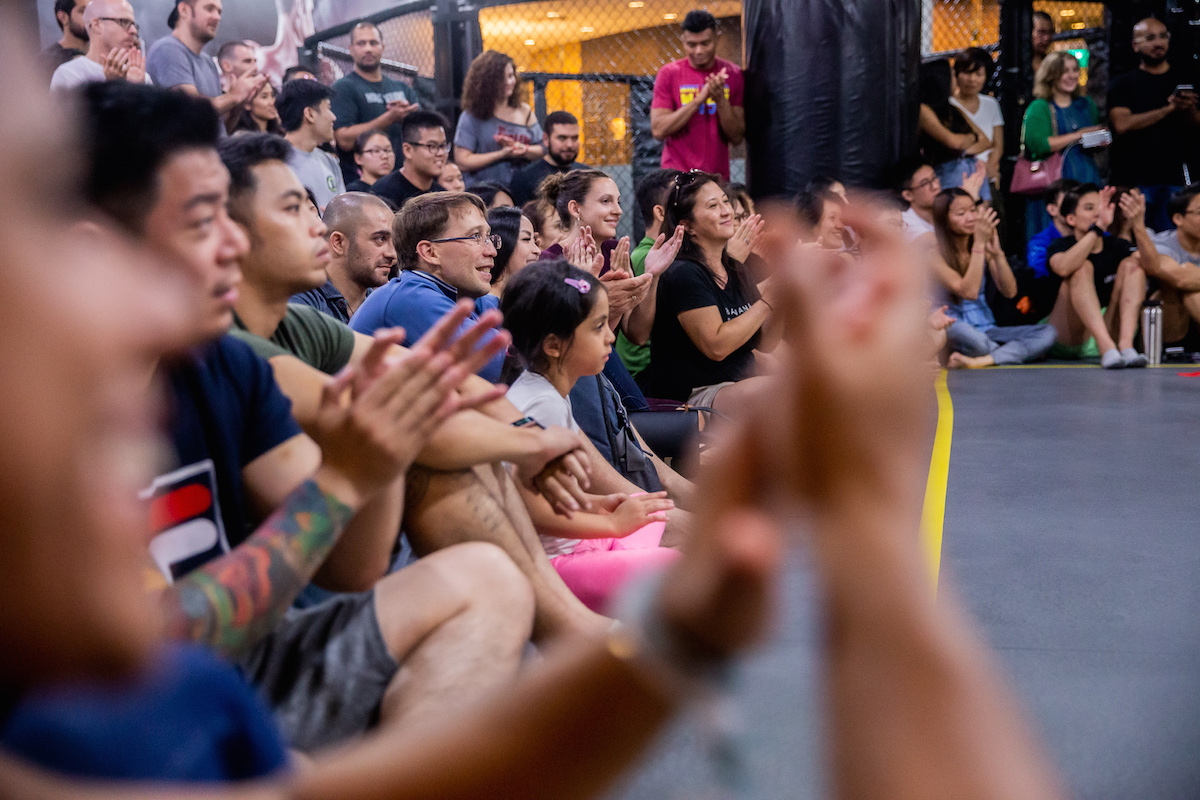 It was a full house!

The blue and purple belt fight night featured eight exciting matches full of beautiful techniques and slick submissions. Speaking about his students, BJJ World Championships Silver Medalist and Evolve Instructor Almiro Barros said, “It was an amazing night, seeing our students show great technique and effort during the fights and also showing respect towards each other. It makes very proud to see our students representing the team and having fun competing together.” The BJJ matches were full of slick techniques. 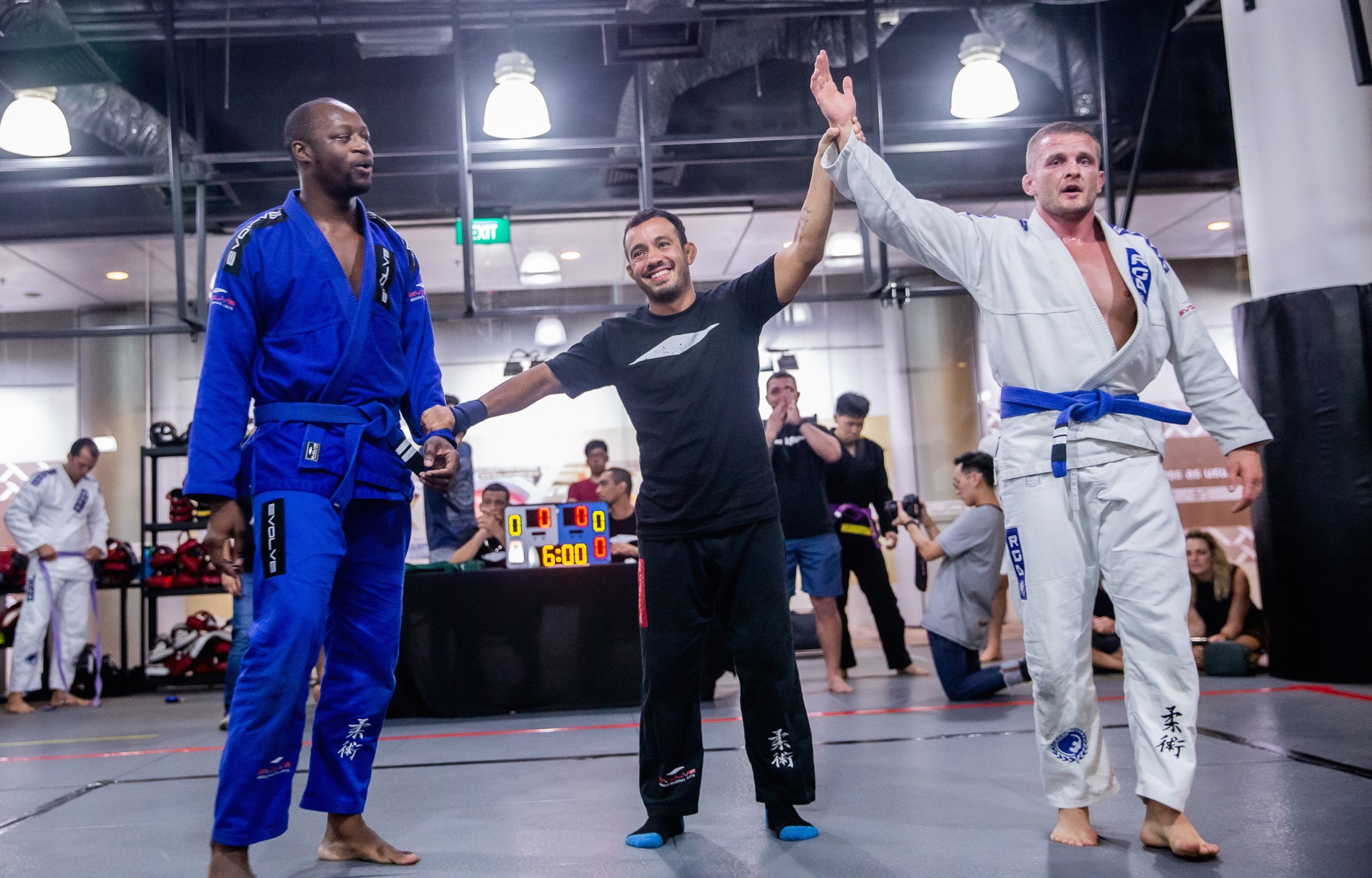 The BJJ competitors pushed themselves to the limit.

Some of the competitors were competing for the first time, whereas others had competed before. After his match, Evolve student Michael Griffiths said, “Winning feels great but the point for competing here today was just to get the experience and to feel the strength of the Evolve family.” Respect was shown throughout the night.

Another successful Evolve Warrior Fight Night saw fierce competition and beautiful sportsmanship. Congratulations to all the warriors who pushed themselves to the limit in their amateur BJJ bouts, putting on an exciting show while displaying respect and humility! It was a night of exciting BJJ matches. 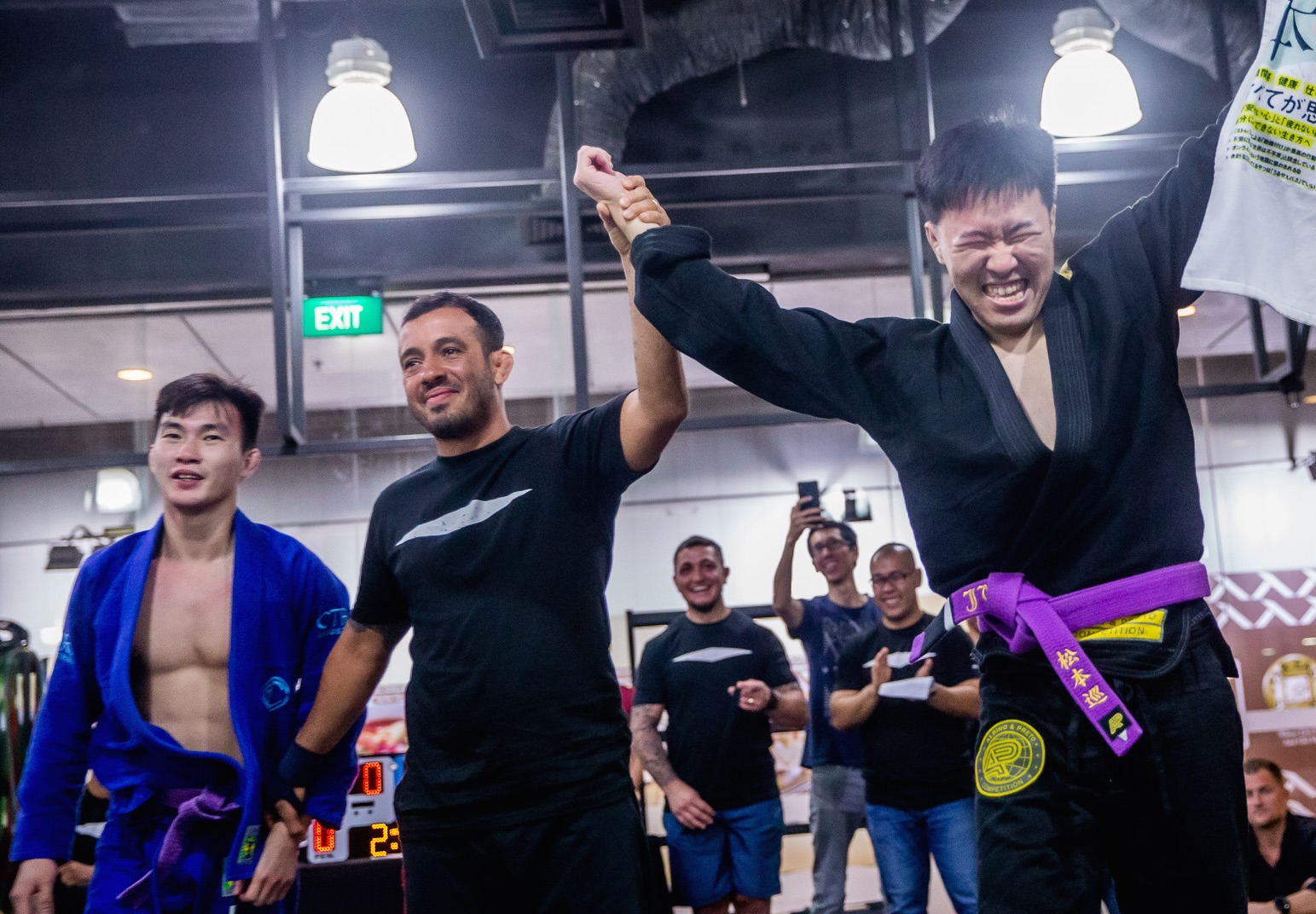 All the hard work in training paid off.

All competitors deserved to be proud of their efforts.