Get That Six-Pack! Here Are 13 Foods You Should Avoid 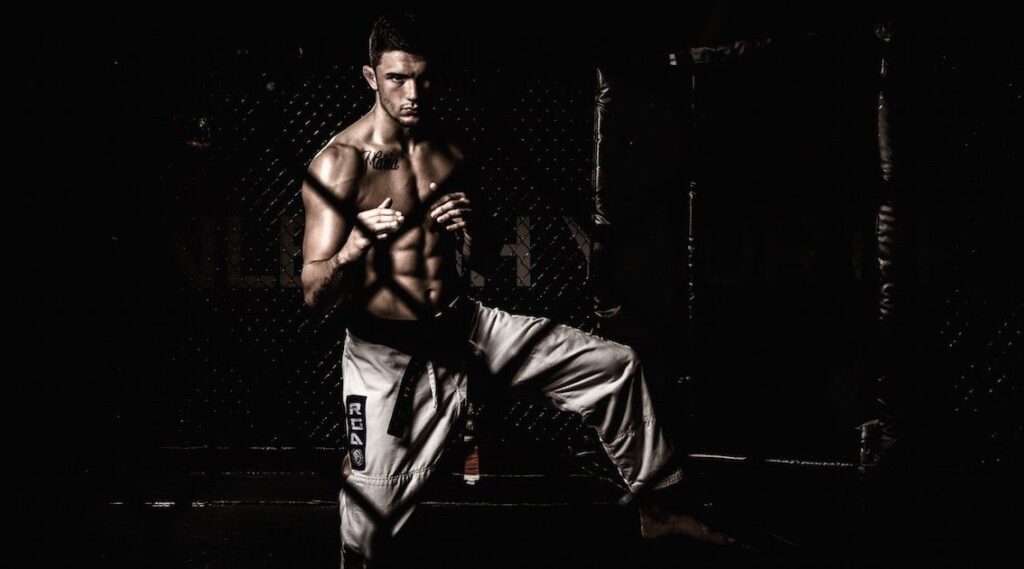 Who doesn’t dream of having washboard, six-pack abs? No matter how many sit-ups, planks, or leg raises you do – nothing seems to work. You may have even added a few extra Muay Thai sessions to your weekly repertoire, but you still feel like you’re miles away from a Jake Butler-esque physique.

Suddenly, beach season comes along and you need to get that six-pack – stat! For those of you in a rush, don’t worry, Evolve Daily is here to help! Today, we share 10 Belly-Bloating Foods You Should Avoid: We all love our bacon, spam, salami, and hot dogs. Unfortunately, processed meat is incredibly high in sodium, which could cause bloating and even high blood pressure. Instead of choosing processed meat, opt for fresh whole foods instead. For example, fresh turkey breast will have considerably less sodium than processed, packaged turkey. White carbohydrates like pasta, rice, and sugar are known to be highly processed foods that have been stripped of their nutritional value. These foods cause your body to store more water, which could greatly affect your weight-loss goals. They also cause your blood sugar levels to spike and crash, which might create future health problems if you aren’t careful. Ever hear the term “beer belly”? There’s a reason why beers and six-pack abs don’t go together. Research shows that when you consume alcohol, the liver burns alcohol instead of fat, leaving you with a little pouch of fat where your six-pack abs used to be. Studies also reveal that most people won’t have just one beer and will usually pair a beer with greasy bar food like pizza, wings, and fries — you can just imagine what this does to your midsection! Potatoes are considered as heavy starches that could cause gas and water retention and therefore should be avoided at all costs. Don’t even think about French fries: the high-fat oils in French fries have a tendency to stay in your stomach for hours and the sodium used to season them could cause extra bloat. Ever feel sinful after consuming a huge plate of fried food? That’s probably because it was. Fried food is known to be laden with calories and fat, making it easier for you to gain more pounds instead of lose them. Studies also show that people who eat too much fried food are twice as likely to become obese, especially if they have the genetic predisposition for it. Although satisfying your chocolate cravings may give you that much needed sugar-fix, chances are, you’ll probably need more. Studies show that sugar-laden treats are less filling than naturally sweet foods like fruit, so you’re more likely to overindulge with the bad stuff. Also, sweet treats are notoriously energy dense, which means those six brownies you just ate will most likely go straight to your midsection. One of the toughest sugars for the body to digest is lactose, the sugar found in milk. This causes a tight, bloated feeling in the tummy, coupled with unwanted gas. Are you a fan of lattes? The foamed milk used in a latte is one of the biggest culprits of stomach bloat, thanks to the combination of lactose and air bubbles. Studies show that the fructose molecule found in sugar causes insulin resistance, raising insulin levels in your body. In turn, this also increases the deposition of fat in the fat cells, making you gain weight. Fructose is also known to increase food intake and addiction, which leads to further weight gain, bringing you further away from your six-pack goals. Easy to prepare and soothing for the soul, canned soup is one of the most convenient and satisfying meals to prepare. Unfortunately, canned soup is known for its high sodium content. As we know, sodium makes our body retain more water, causing bloatedness. Can’t get enough of your daily can of diet soda? If you’re looking to get your six-pack anytime soon, carbonated beverages are notorious for causing excessive bloating. Why not opt for an ice cold glass of water or a green smoothie instead? The amount of sodium and sugar you’ll find in a can of soda is simply abhorring! Even if you don’t have a gluten intolerance, wheat is never easy for the body to digest. When the body tries to break down wheat, it produces gas in the large intestine, giving your stomach a swollen appearance. If you’re looking to be six-pack ready in a few days, consider going gluten-free beforehand. Broccoli, Brussels sprouts, and cauliflower are all considered to be part of the cruciferous vegetable family. Cruciferous vegetables are known to contain raffinose, a sugar that is difficult for your body to break down and creates gas during the process of digestion. Although these vegetables are good for you, you only need to skip them when you want your tummy to be at its flattest, substituting them for less bloating alternatives such as spinach.

Remember, the key to a toned, taut tummy is a balanced diet filled with whole, natural, unprocessed foods. To get even faster results, increase your workouts and add fat-burning cardio, which will help get you lean and mean in no time at all.

So tell us, which of these bloat-causing foods will you remove from your diet today?

6 Simple Mistakes That Can Ruin Any Diet Plan

Congratulations on starting your diet plan and sticking to it for as long as you have. That kind of perseverance takes character, and you should be proud. Unfortunately, many people working towards their fitness goals…

One positive thing that Singapore’s circuit breaker period (or quarantine period for the rest of the world) has brought about is that it turned nearly all of us into amazing home cooks. All of a…

5 ‘Healthy’ Habits That Could Be Sabotaging Your Weight Loss

Everyone wants to shed off excess weight and shave a few inches off their waistline. It’s natural for people to want to look and feel better about themselves. For those gifted with the genetics to…