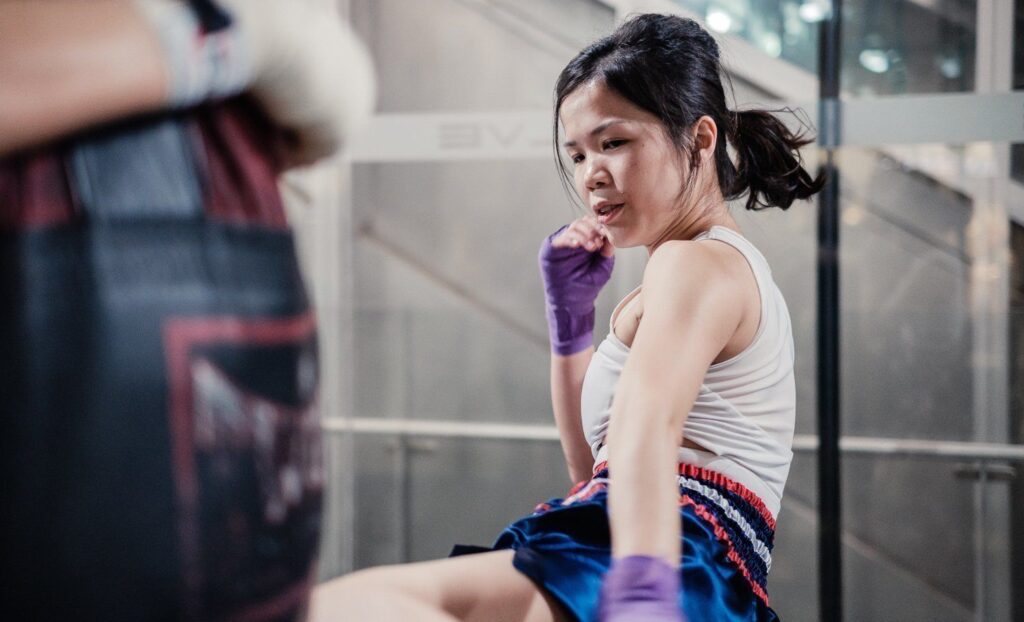 If you think you have no time in your life to train martial arts, think again. 30-year-old dental surgeon Su Wee Tan works 12-hour shifts six days a week. Her days are packed to the brim with back-to-back patient appointments that can vary from cosmetic work, surgeries, and emergencies, to treating children or patients with special needs. And yet, she still manages to train martial arts, specifically Muay Thai and the odd BJJ or WarriorFit class six days a week. For Su Wee, martial arts has become more to her than a way of getting fit – it’s become the ultimate stress-reliever and the only way she can cope with her demanding career.

Before martial arts, Su Wee did not exercise regularly. She also struggled to deal with the stress from her job, snacking and drinking coffee whenever she’d get small breaks. Although it provided relief, it was only temporary. The poor nutritional value in the snacks she’d consume would leave her feeling more lethargic and nervous. “It became a vicious cycle,” explained Su Wee. 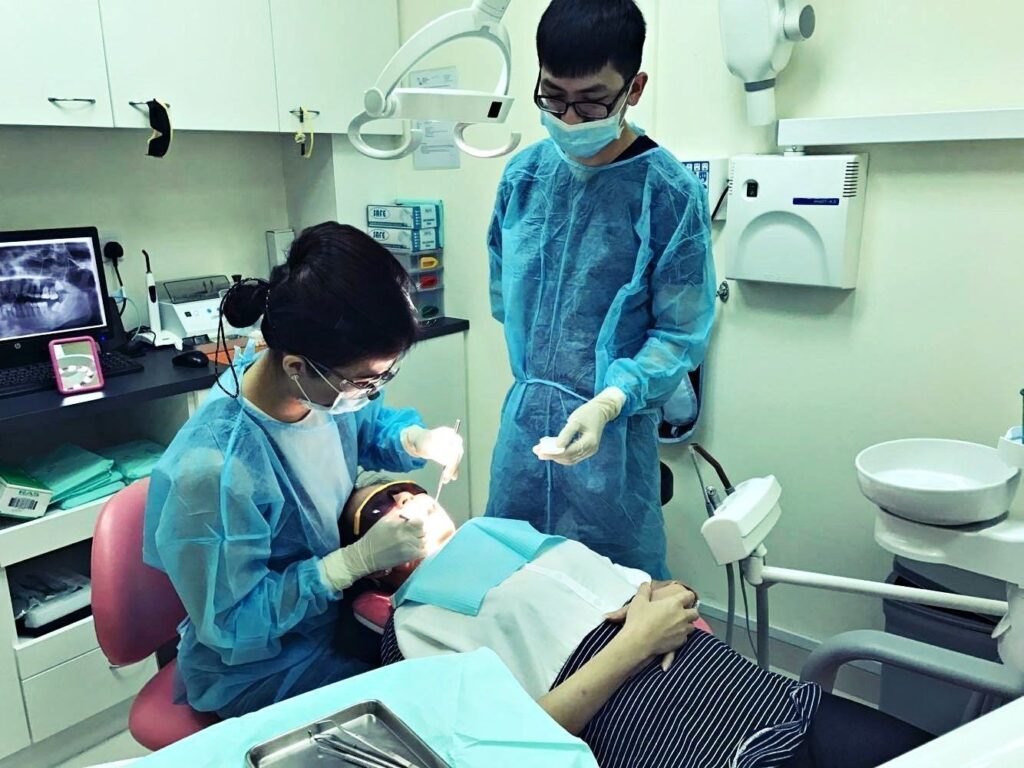 Determined to lose weight for her wedding, Su Wee and her then-fiancé decided to join a regular fitness gym but felt that it was very monotonous. A year into their gym membership, they still felt completely unmotivated. With only 6 months to go before their wedding, her fiancé decided that they should go for a trial class at Evolve MMA (Orchard Central). “After my trial class with multiple-time Muay Thai World Champion Kru Yodteera Sityodtong, we were so excited and convinced that it was exactly the kind of training we needed. We signed up immediately!” says Su Wee.

It was then that she discovered how to channel the duress she was feeling at work. “The release of endorphins and adrenaline I’d get through training would lift my mood instantly,” shares Su Wee. “Because it is a positive stress outlet and has made me healthier, I am also able to stay focused at work for long periods and feel energetic throughout.” 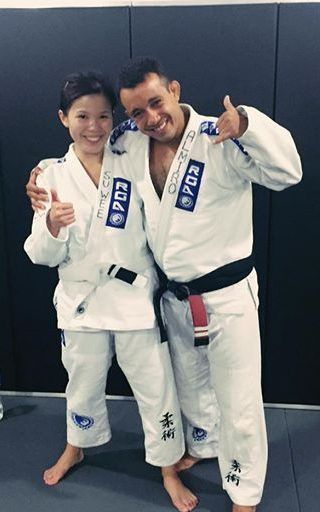 As a senior associate at the dental clinic she works for, Su Wee is constantly under pressure to manage her patients’ emotions while simultaneously carrying out the dental procedures. “Most patients are anxious about visiting the dentists, many with extreme dental phobia,” explains Su Wee. “The need to effectively handle their emotions, keep them calm and relaxed, and at the same time deliver precise treatment is stressful. The mouth is an incredibly small working field, and a single tooth even smaller. It can be likened to microsurgery; there is little room for error.” In fact, she was under so much pressure that it caused her to have bouts of insomnia. It was only after she started training martial arts that Su Wee was finally able to have a good night’s sleep.

For Su Wee, it is the weekly private classes she takes with legendary trainer of World Champions Yodkunsup Por Pongsawang that help alleviate the many demands she faces at work. “The new techniques he teaches me definitely widens my skill set and makes me excited to train. I think this excitement and desire to practice and grow is a positive distraction,” Su Wee says. 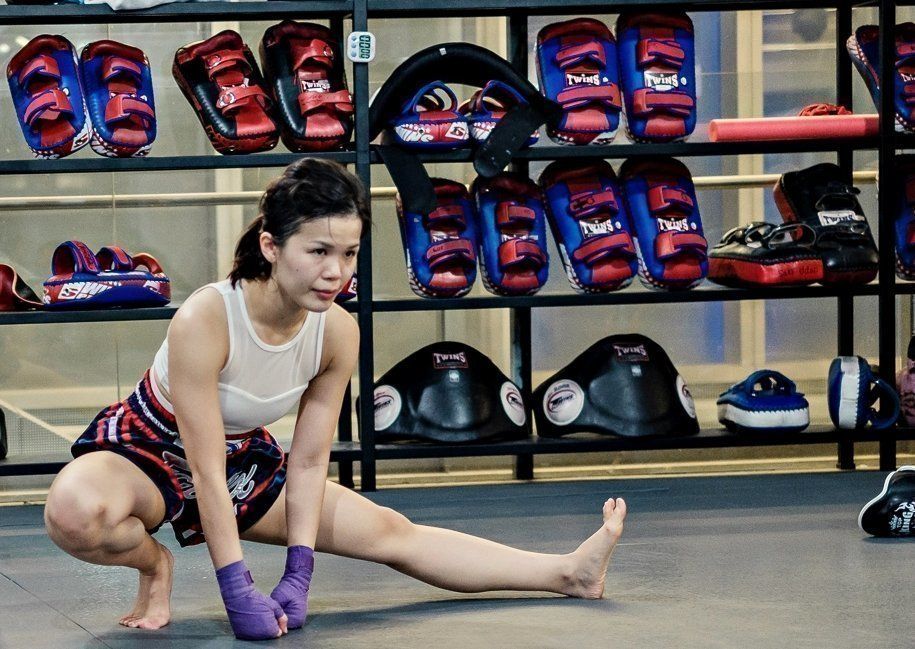 Besides the relief from work that martial arts provides Su Wee, she believes that it has also made her more resilient and mentally strong. “Overcoming physical shortcomings and charting my martial arts progress has instilled in me a confidence that makes me believe that I can rise up to challenges no matter how impossible they seem,” she shares.

The fact that Su Wee is in the best shape of her life is an added bonus for her. The already petite Su Wee has lost 4 kilos but has also added lean muscle to her small frame. Her colleagues and friends have remarked how fit, radiant, and healthy Su Wee looked after starting martial arts. “They’ve also noticed a positive change in my energy levels and eating habits. My family members were initially opposed to me training martial arts as they thought it would make me aggressive and violent but they have realized that I am happier, relaxed, and calm.”

There’s no doubt that Su Wee has truly reaped the benefits of martial arts. Through her constant effort to make time for training, she has successfully channeled the stress from her overwhelming workload into a more positive and healthy outlet.