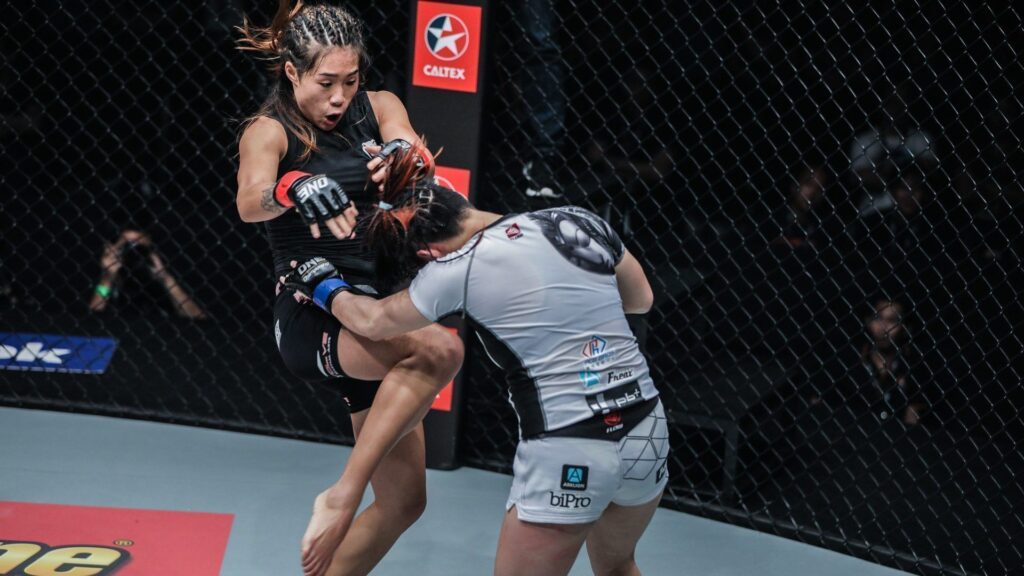 In a time where a lot is being said about girl power, girl bosses, and feminism, Warner Bros. has decided to re-release the story of the famous Amazonian princess we all know as Wonder Woman. You could call it perfect timing, but Patty Jenkins’ Wonder Woman is certainly the breath of fresh air Hollywood cinema so desperately needs.

Without further ado, read on and find out how martial arts can turn you into a real-life Wonder Woman:

1) Because it gives you superhuman strength

Ladies, can you imagine yourselves making a grown man tap out? Or be able to escape from being underneath someone twice your size? With martial arts, all these and more are possible! After training, you’ll be able to find strength you never knew you had. You’ll also have the confidence to know that you are strong enough to defend yourself, should anything happen to you.

2) Because it gives you superhuman speed

When she was born, Wonder Woman was granted by Hermes (God Of Messengers) the gift of superhuman speed. With her super powers, she was able to move faster than half the speed of light. Although we can’t promise you that kind of speed, we can promise you that your reflexes will become faster. The more you train martial arts and become comfortable with the techniques, everything will eventually feel like second nature. Before you know it, you’d be able to pass someone’s guard and armbar them, sometimes even faster than they can say “Tap!”

3) Because it gives you wisdom

Wonder Woman is known to be one of the smartest members of the Justice League. She was granted the gift of divine wisdom by Athena, the goddess of wisdom herself, and this gift has undoubtedly helped her in her tactical strategies. When you train martial arts, you start to think more strategically, especially when you start to spar. You’ll realize that martial arts isn’t all about using strength – it’s also about thinking outside of the box so you can get ahead of your opponent. When you’re used to being strategic in training, you’ll undoubtedly transfer these skills into your daily life.

4) Because it gives you the tools for success

(Warning: spoiler alert!) Before she left Themyscira, Wonder Woman took with her the weapons she believed would help her defeat Ares, the god of war. Among these weapons were the lasso of truth, the bracelets of victory, her sword, and shield. These weapons helped her in her battles, especially when she helped the allied soldiers cross the No Man’s Land as she deflected the bullets so that the soldiers could finally attack.

Just like these weapons, training martial arts will give you the tools you need to succeed in and out of the gym. You’ll develop self-confidence, mental strength, discipline as well as self-defense for the real world.

So, go on, unleash that inner Wonder Woman and see what goals you can crush with martial arts. Why not try a martial arts class?

Learning martial arts teaches you a lot more than how to defend yourself. It instills time-tested positive traits in you as you progress through the ranks, attributes that can help you in your personal and…

Here’s What Will Happen When Conor McGregor Fights Manny Pacquiao

The sport of boxing has been known for its exciting and unexpected storylines for years. And 2020 isn’t any different. Fight fans were shocked to learn over the weekend that, at least in principle, former…

Evolve Mixed Martial Arts strives to provide the highest standards of excellence and the highest quality martial arts instruction in the world. Part of this includes improving our class schedules. Effective October 1, all Evolve…

These 5 Things Are Secretly Making You Fat

If you’re like most everybody, you are following a diet or doing some sort of workout — whether it’s a martial arts class, a circuit training program, or a home workout. We all want to…