Here’s How Martial Arts Makes Me A Better Mom 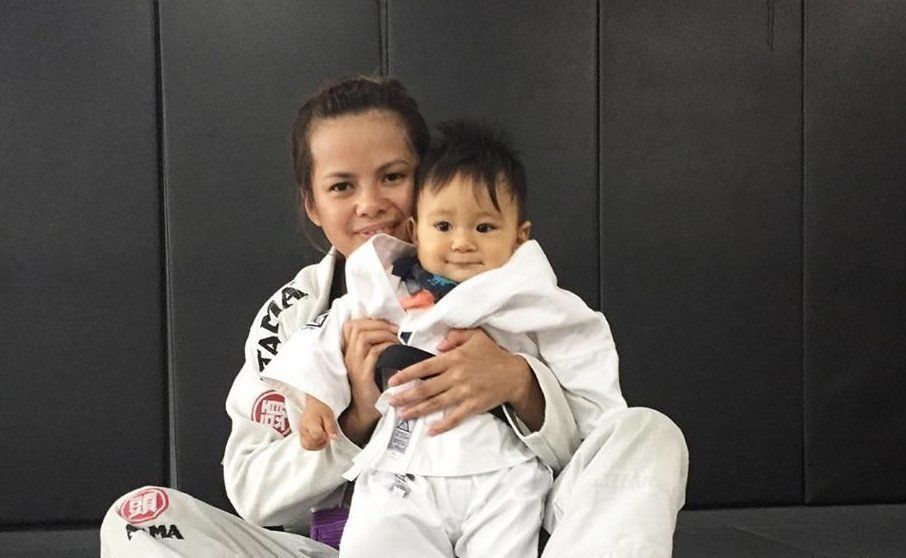 “Having kids – the responsibility of rearing good, kind, ethical, responsible human beings – is the biggest job anyone can embark on.” – Maria Shriver

When you think of motherhood, what comes to mind? Do you picture messy diapers and crying babies, or having a cute, mini version of yourself? Whatever it is, one thing’s for sure – motherhood is a never-ending journey that is as rewarding as it is exhausting.

As much as we wish there’s a guidebook to follow, the truth is, no two babies are the same. And sometimes, you can only try whatever it is you think that will benefit your baby and hope it works. Although this guidebook on how to be the perfect mom doesn’t exist, you can still become a better mom – by training martial arts. 34-year-old Jana Blanco believes that her martial arts training plays a part in making her a better mom. Jana has been training BJJ for 8 years.

“I never thought I’d be the type of mom who breastfed her baby, did all these classes with the baby, or be patient enough to deal with tantrums or needy moments,” admits Jana. “But martial arts has taught me the value of perseverance and hard work. A baby is hard work, and you’ve got to persevere through the sleepless nights and crazy, hyperactive moments.”

Before Jana gave birth to her son, her life revolved around training and work. She has been training BJJ since 2009 and has a purple belt. “My husband and I would train together after work and sometimes, I’d squeeze in a lunch class in between,” she says. “We would also travel a lot and watch a lot of movies. Now, I don’t have time for any of that. My life pretty much revolves around my son, work, and running errands.”

“It’s tough to manage all my responsible and make time for training,” Jana shares. “But training was a big part of my life before, and it would be a shame to let it all go to waste. Even though I don’t train 6 to 7 times a week like I used to, training when I can is still important to me.” Jana has plans to enroll her son in martial arts when he gets older.

Despite having to cope with this challenging schedule, Jana believes that it is all worth it, and she wouldn’t have it any other way. “The best thing about motherhood is that feeling I get when nobody else can comfort or make my son happy the way I do, and knowing that I’m able to provide him with everything that he needs,” she reveals. “Also, those super cute smiles I get every morning when he wakes up, when he snuggles next to me when we read our bedtime stories, when he’s learned something new and applies it to things I’ve never taught him before, the list goes on and on!”

Through martial arts, Jana feels that she has developed patience and also a willingness to learn and improve on a daily basis. “I’m always trying to be the best mom I can be to my son,” she shares. “Because of the improving mindset I’ve inherited from training martial arts, I’m constantly researching, working, and trying to be a better mom.”

Apart from helping her to work towards becoming a better mother to her son, Jana also applies the lessons she has learned from martial arts to her everyday life so that she can be a better person. Jana and her teammates, after a BJJ class.

“Martial arts has also helped me develop lightning fast reflexes to grab my son when he tries to run away from me or fling himself off things,” she adds.

Jana has plans to enroll her son in martial arts when he gets older. “Martial arts will teach my son discipline, self-defense, and also give him confidence,” she says. “Regardless of what a lot of people think, cuteness won’t take you everywhere!”

If you’re a new mom considering martial arts, here’s what Jana has to say: “Just go for it! Not only is it a great way to lose all that baby weight, it’s also a place where you can de-stress and focus on the present moment rather than the baby.”