What makes a confident person? Is it someone who has the ability to start and hold a conversation with strangers at a party? Or is it someone who’s comfortable in his or her own skin? Confidence is not something that we’re born with, but it’s something that can be built up over time. So, if you’re not currently a super confident individual, don’t worry – we have just the solution for you: martial arts.

When you see 21-year-old Tan Jia Le at the gym, training and hanging out with his friends, the last thing you’d think is that he once lacked self-confidence. However, that wasn’t always the case. Before Jia Le picked up martial arts, he was overweight at 100kg and lacked the confidence to mingle with his peers. In fact, he even struggled to make eye contact with people, as he was very shy.

“I had very low confidence and didn’t mix and communicate with people. I didn’t know how to start a conversation, so I wouldn’t talk at all,” he shares. “I was also overweight, my stamina was bad, and I was eating a lot of unhealthy food.” 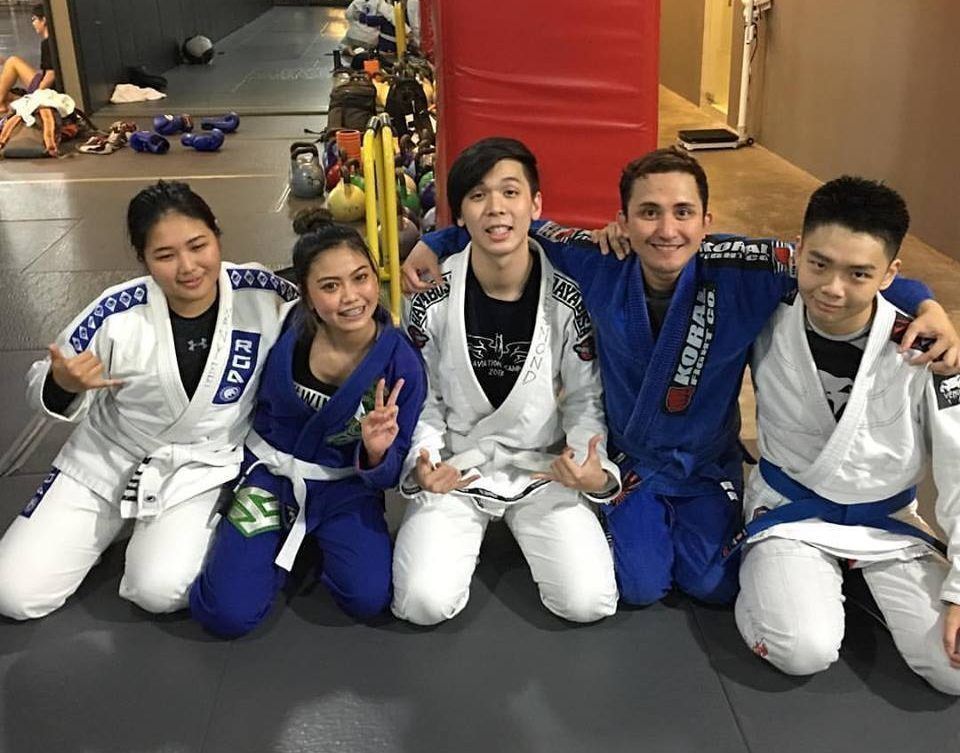 Jia Le has a blue belt in BJJ.

Thankfully, all that changed when Jia Le embarked on his martial arts journey in February 2014. “I was a part of the Evolve Outreach Funfit Program, which is a weekly fitness training program conducted by ‘Papa’ Richard Wee. Students who are committed to the fitness training get an opportunity to train at Evolve,” he says.

“I was afraid that my poor health condition would affect me in the long run, as I didn’t have the habit of going for runs, let alone completing normal exercise routines,” he admits. “I then decided to pick up something that I was interested in to try to lose some weight and get into shape.”

Jia Le chose to train Muay Thai for his very first martial arts class, and it was a struggle for him at the start. “I remember struggling during my first few Muay Thai classes while learning how to do a kick,” he says. However, he didn’t let that deter him from carrying on and ultimately making progress – in not just Muay Thai, but Brazilian Jiu-Jitsu as well.

Now, Jia Le trains 6 to 7 days a week at Evolve MMA (PoMo Mall). He currently holds a level 3 in Muay Thai and has a blue belt in BJJ. He has also started competing in BJJ. “I was actually afraid of competing before as I had a lot of fear and thoughts,” he shares. “However, I decided to just go for it – and although I lost, I believe that the competition was a good experience, and I will definitely compete again in future to gain more experience and test my skills.” Jia Le and his teammates after a Muay Thai class.

Through martial arts, Jia Le equipped himself with essential self-defense skills, lost 30kg and most importantly, gained self-confidence. He has come a long way, from being the quiet person who struggled to engage in conversation, to hanging out regularly with his training buddies and even helping the newbies out in class.

“Martial arts has helped me to build up my confidence,” Jia Le reveals. “This increased confidence has enabled me to try new things and take on more challenges in life. Besides that, martial arts has also taught me to be humble and to have self-discipline.”

“It’s never easy to start, but anyone can begin their martial arts journey by taking the first step,” he adds. “To those who aren’t confident, just try it out, and don’t be afraid. The more you train, the more confidence you’ll gain.”