When you think of exercising, you’re probably imagining treadmills, weightlifting, and maybe even the odd group class. You’re thinking of being outdoors, doing some running, or trying a sport. Everyone wants to get fit, but getting there is the tough part. And anyone who’s fit will tell you the same thing – you need to be consistent if you want to see any changes in your body. But being consistent and doing a boring workout with the same old routine won’t get you anywhere. In fact, you’ll probably find yourself throwing in the towel after a while because you can’t seem to be motivated enough. After all, who wants to do something that they dread?

The solution? Finding an exercise that will make you want to come back every single day. As impossible as it may seem, it all boils down to how passionate you are about the exercise. When you are passionate about something, you’ll keep on working at it until you’ve become the best at it. You’ll forget about routine and being bored because you’re determined to become the best version of yourself. Why not try Muay Thai?

Just in case you didn’t know, Muay Thai is known to be one of the most powerful and effective martial arts in the world. It’s not just kicking and punching – you’ll also need to use your knees and elbows – and most importantly, technique. Unlike many martial arts, it’s been battle-tested, street-certified and ring-proven for real-life encounters. This means you’ll not only get a good workout, you’ll also learn how to defend yourself. Does that sound interesting to you? We’ve got the details on how Muay Thai can change the way you look at exercising:

1) Muay Thai will make you consistent

As we mentioned, one of the biggest struggles many people face when it comes to sticking to a workout is consistency. With Muay Thai, you’ll want to keep on coming back because you want to improve! Each day, you’ll learn a new technique or even a new exercise that will keep you thinking. In fact, you’ll find that improving your physique becomes secondary – you’ll be so focused on improving your techniques instead!

2) Muay Thai will keep you on your toes (literally)!

The more classes you attend, the more you’ll want to get better, faster, and stronger. Without realizing it, you’ve pushed yourself in ways you never imagined before. Unlike in the past where you had to drag yourself to the gym, you’ll find yourself wanting to research, do drills on the bag, or ask your instructor for tips on how to get better because YOU actually want to get better.

3) Muay Thai will inspire you 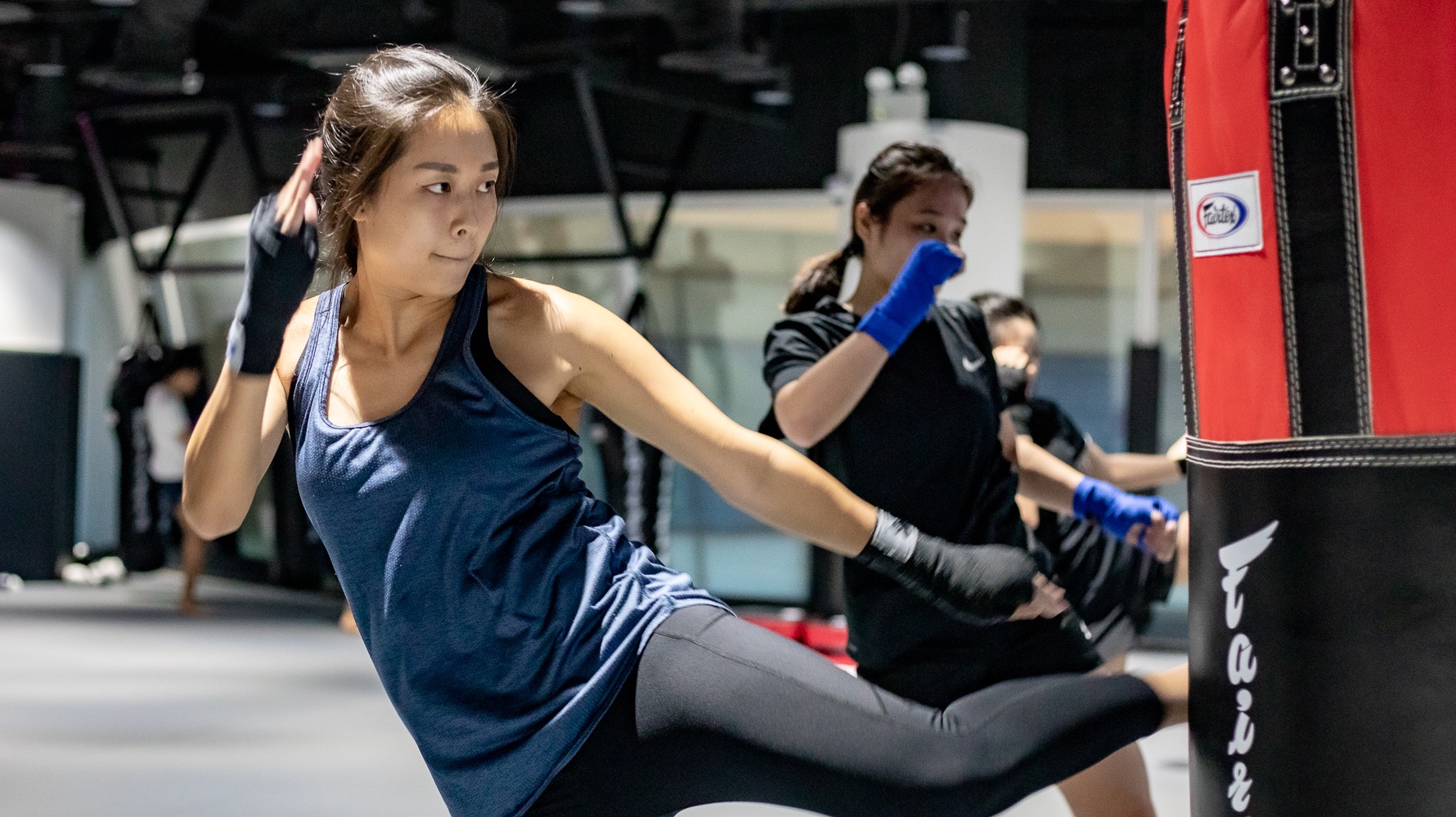 Unlike other forms of exercise, there are people who make a living out of Muay Thai. These people are fighters and have put years of hard work and dedication into training. They have made Muay Thai their life and owe everything to it. Some of these fighters have become World Champions and have fought in the greatest arenas in the world, proving their prowess in Muay Thai, toiling day and night until someone raises their hand in victory. Just knowing how hard people work and what they can achieve if they put their heart and soul into it, is truly inspiring. It will make you want to dig deep and see if you have what it takes.

4) Muay Thai will boost your confidence Whether it’s because you’ve gotten a combination right (without taking a peek at the person next to you) or didn’t stop skipping rope during the warm up, any little improvement will make you feel more confident. This is because Muay Thai will challenge you and push you outside your comfort zone, forcing you to adapt and get a little better every day. And the more you train, the more you’ll find yourself applying what you’ve learned in your daily life. Soon, you’ll realize that you’re able to handle anything that comes your way – no sweat!

5) Muay Thai will bring new, lasting friendships into your life 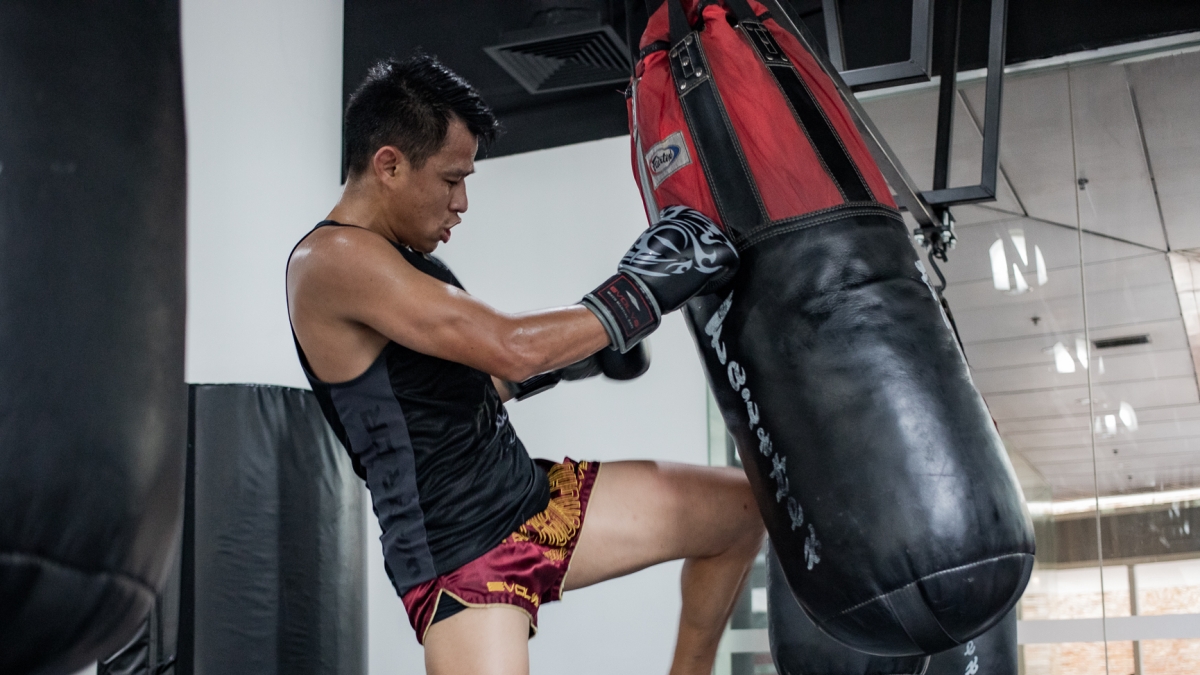 When you train Muay Thai, you’ll notice that those who practice it regularly have become a tightly-knit community. You’ll find lots of articles, memes, and even videos that celebrate the experiences only those who train Muay Thai would know about. With the rise of mixed martial arts, more gyms and Muay Thai camps are popping up around the world, ready to welcome those who love the art with open arms. This sense of community and brotherhood is something that you definitely won’t find in your typical gym.

If you look at the people who train Muay Thai, you’ll notice that there is no stereotypical Muay Thai practitioner. There are women, children, and even senior citizens who practice Muay Thai! You don’t have to have a ripped physique or crazy stamina to do Muay Thai – all it takes is willingness and determination to get better. If you train smart, you can practice Muay Thai all the way into old age!

There’s no doubt that Muay Thai will change the way you look at exercising – in fact, you probably won’t even think of it as exercise after awhile! So go forth, train hard, and give your new, healthier Muay Thai lifestyle a go!

Have You Fallen Into A Plateau? Here’s How To Get Out Of It, Fast!