Here’s Why We’ll See The Next Level Of Christian Lee’s Game At ONE: Beyond The Horizon 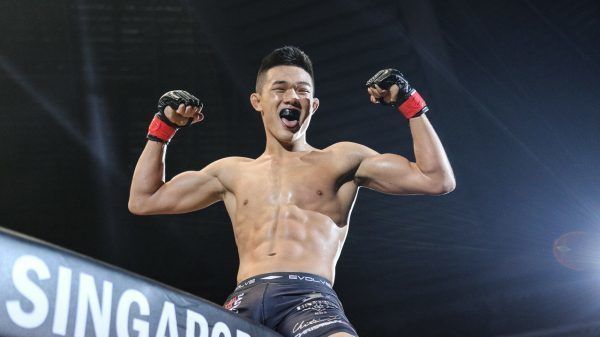 Young mixed martial arts prodigy Christian “The Warrior” Lee from the Evolve Fight Team has only one goal in his career, and that’s to be known as one of the best to ever compete on the biggest stage of the sport.

At just 20 years of age, Lee has already accomplished much inside the cage. Sporting an impressive professional mixed martial arts record of 9-2 to start things off, he is already considered one of ONE Championship’s top featherweight talents.

Fresh off challenging for the ONE Featherweight World Title in his last outing, Lee says he is back on the grind and working to improve his skills.

“I feel that I am a complete martial artist with no gaps in my game,” said Lee.

“With that being said I never allow myself to get comfortable and I am constantly working to improve my skills in every area.”

He’s fast, powerful and highly aggressive, which is why Lee is known as one of the most exciting fighters in the promotion. Practically every one of his contests has been action-packed and scintillating.

If you’re looking for action-packed excitement, look no further than when Lee steps onto the battlefield and into his element.

Lee is scheduled to return to action this Saturday, 8 September on the main card of ONE: BEYOND THE HORIZON, set for the Baoshan Arena in Shanghai, China. He faces veteran featherweight Edward “The Ferocious” Kelly of the Philippines in a three-round war.

“The Warrior” wants to make a statement victory and position himself back in the running for the world title.

“As a martial artist I believe in continuous self-improvement,” said Lee.

“My philosophy is to not train for a specific fight or competition but to train for life. I never take breaks and I am always striving to be better.”

He is currently wrapping up training camp and ready to showcase his skills once again under the bright lights of ONE Championship. A victory over Kelly, himself one of the top contenders to the featherweight throne, would prove that Lee is still considered among the division’s elite.

In fact, there is no opponent that Lee cannot finish or stop. With all 9 of his victories coming by finish, which includes four by submission and five by knockout, there is no doubt Lee is among the most dangerous at featherweight.

Honing his skills at Evolve MMA in Singapore and at United MMA in Hawaii, Lee couldn’t be happier that he is doing what he loves on a daily basis. In fact, he has two people to thank for allowing him to pursue his dreams.

“My parents provided me the opportunity to showcase my skills to the world and I owe all of my success to them,” said Lee.

“It is extremely important to have the support of my family behind me and I am grateful to have them in my life.”

Sometime in the very near future, Lee will eventually win the world title. But until then, he promises to keep improving, working on his skills until he reaches the top. Martial arts, Lee says, is his ultimate passion.

And even if he weren’t a fighter, Lee believes his desire to be the best will spur him on to success in any field.

The young man just has an insatiable desire to upgrade every area of his game. With that mindset, there is no stopping him from achieving greatness. Five years from now, it’s scary to think just how good Lee will have become if he keeps improving at this rate.

“I would describe a 25-year-old me as the best fighter in the world. Complete and dominant in every area of the game,” Lee concluded.

“If I wasn’t a martial artist, I know I would still be successful. The fire inside me fuels me for greatness and I know whatever I do in life I would be successful at.”

Catch Christian “The Warrior” Lee at ONE: BEYOND THE HORIZON live at the Baoshan Arena in Shanghai, China this Saturday, 8 September or on the ONE Super App, available for download on iOS and Android mobile platforms.