Here’s Why You Shouldn’t Miss ONE: Kingdom of Champions 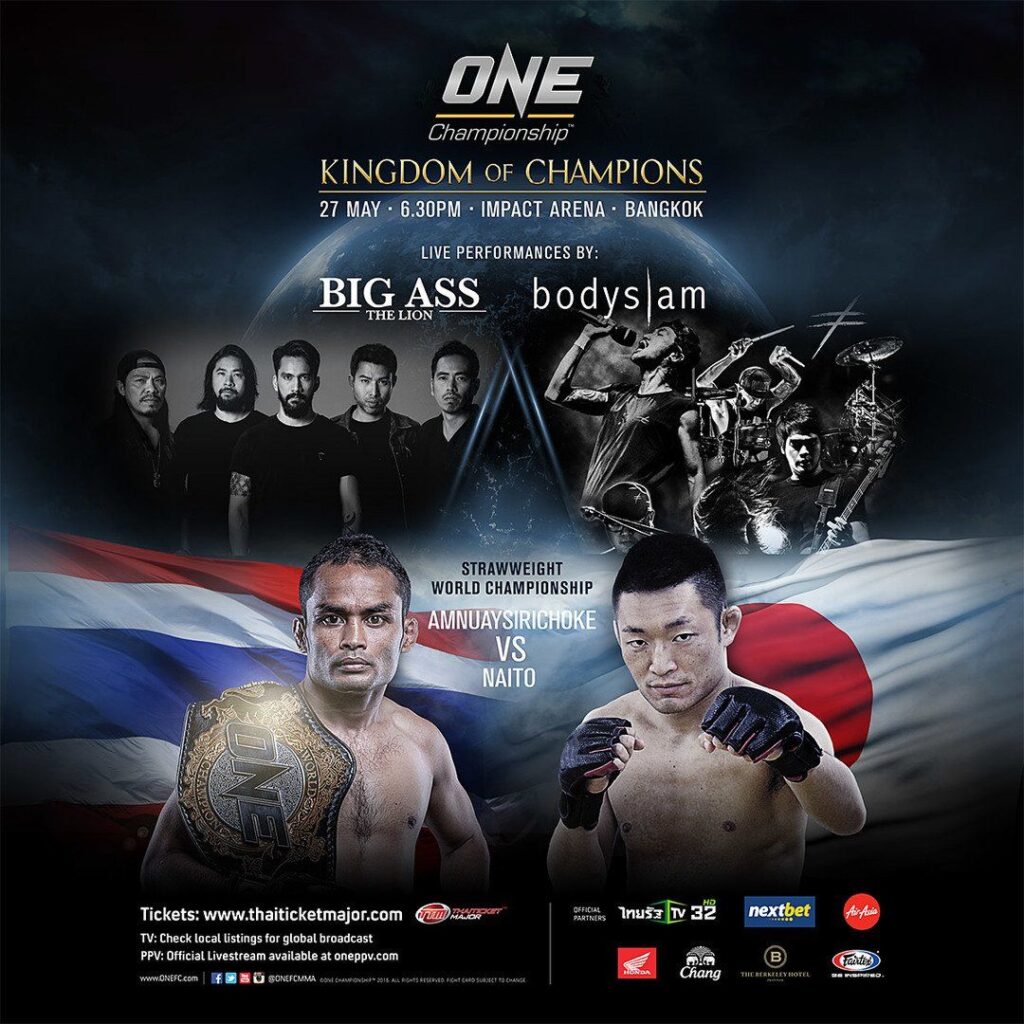 Have you bought your tickets to ONE: Kingdom of Champions yet? If you haven’t, then what are you waiting for! It’s going to be an extremely exciting night, and you’d definitely want to get up close to the action.

Today, Evolve Daily shares 4 Reasons Why You Shouldn’t Miss ONE: Kingdom of Champions:

1) Because Bangkok is an awesome holiday destination If you’re in need of a break from work, why not plan a short trip to the land of smiles? Apart from catching ONE: Kingdom of Champions, you can also go on shopping sprees, relax with a massage, tickle your taste buds with delicious Thai cuisine, and party the night away at Bangkok’s various nightclubs! What better way is there to spend a weekend? 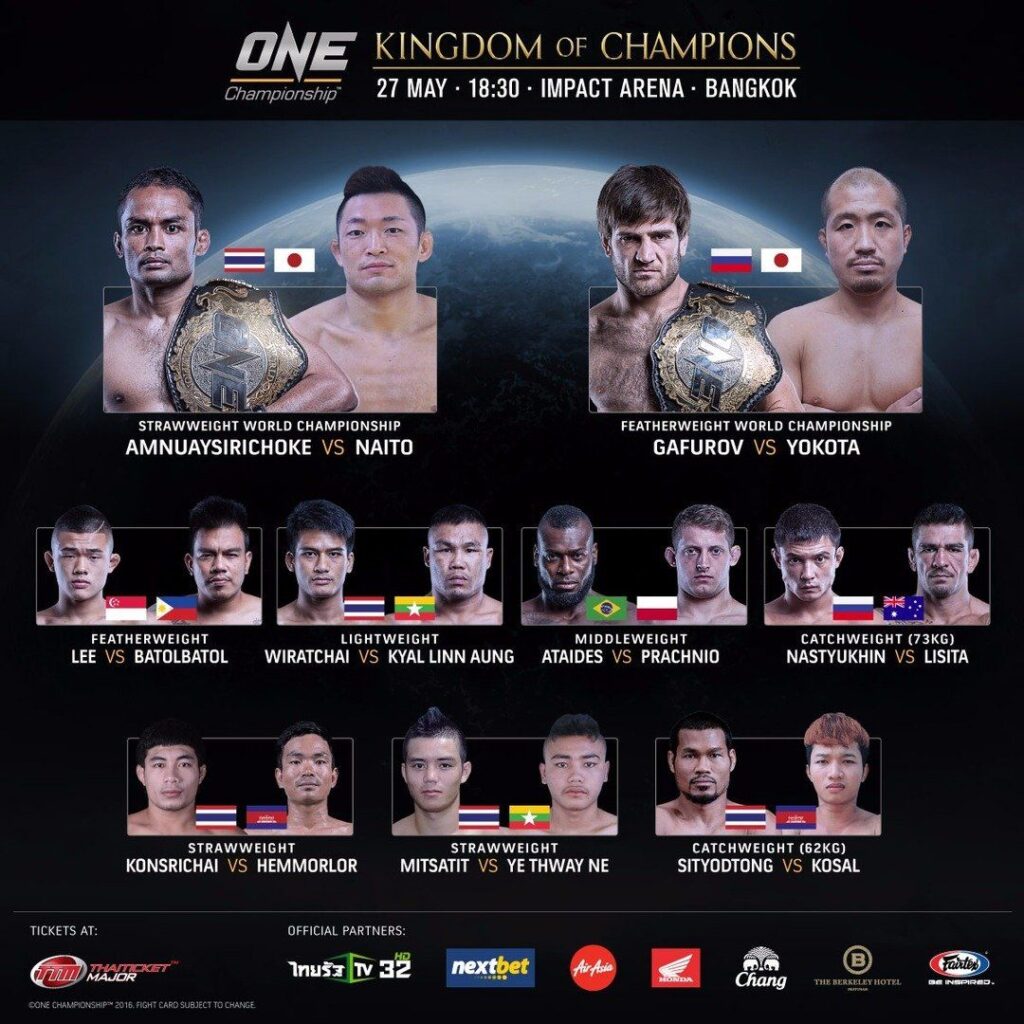 With such an exciting fight card, we’re pretty sure you’d be blown away by all the fights! Expect to see some powerful Muay Thai by former multiple-time Lumpinee champion and ONE Strawweight World Champion Dejdamrong Sor Amnuaysirichoke as he defends his belt in front of his countrymen.

What’s more, WBA Boxing World Champion Yodsanan Sityodtong would be making his comeback in the cage as he takes on the Cambodian Chrech Kosal. Psst! You also don’t want to miss the fight card’s last-minute addition: Christian Lee VS Rocky Batolbatol!

3) Because you can catch Thailand’s biggest bands perform live

For the first time ever, there will be feature concerts by Big Ass and Bodyslam, two of Thailand’s biggest mega-bands. So expect to be thoroughly entertained all night long! ONE Championship is a one-of-a-kind sports entertainment event that would definitely be way more epic when you catch it live in the stadium rather than stream it at home. So don’t miss it!

4) Because history will be made that night

For the first time in history, ONE Championship would be in Bangkok – that means MMA has finally reached Thailand! What’s more, local Thai heroes, former multiple-time Lumpinee champion and ONE Strawweight World Champion Dejdamrong Sor Amnuaysirichoke, as well as WBA Boxing World Champion Yodsanan Sityodtong, would both be fighting on this global stage. We believe that they’ll bring honor and glory to Thailand and put up great fights for fans all around the world!

Are you now convinced that you should catch ONE: Kingdom of Champions?