I Beat The Battle Of The Bulge With Muay Thai: Here’s How This 29 Year Old Man Dropped 26 Kilos In 4 Months 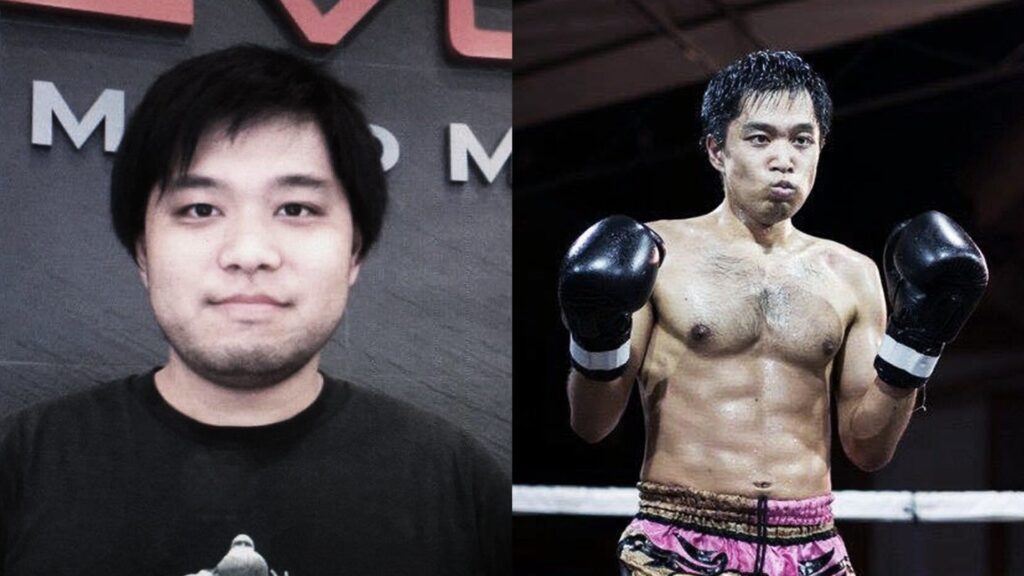 Let’s suppose that you were a good Muay Thai student, especially one that was good enough to compete, you’d likely be familiar with the following scenario. You need to train hard, cut weight, show your opponent no fear when you bump gloves with him, run whenever you can, cut even more weight, and get used to hard sparring. Then come competition day, your fight gets canceled. How would you feel?

29-year-old Hiroshi “Hiro” Yamada felt extremely relieved the minute he found out about his fight being canceled. In fact, he was dreading every minute leading up to the fight, unconvinced that he would fare well in competition. This was the start of a downward spiral for Hiro. “I stopped attending Muay Thai class,” explained Hiro. “And eventually, I ended up leaving the team.” Wrought with self-doubt, Hiro kept on wondering why he had been selected to join the competition team. He believed he wasn’t good enough. “Technique wasn’t the only thing I lacked, I lacked confidence too,” Hiro explained. 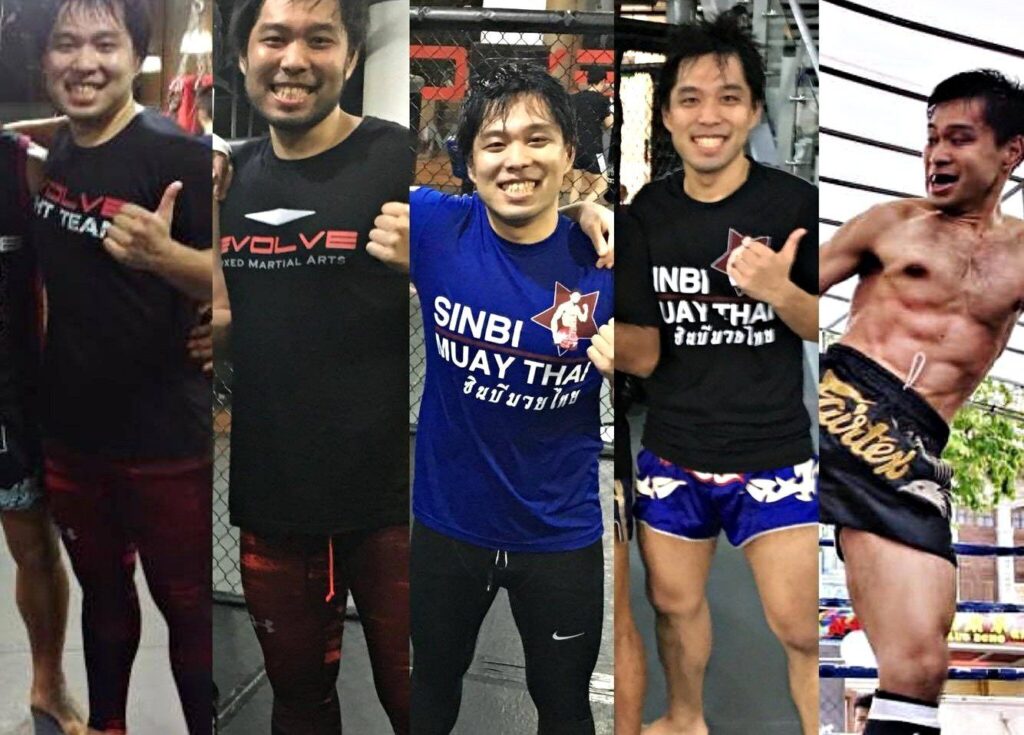 Hiro Yamada lost 26 kilos in a span of 4 months thanks to Muay Thai.

And then Hiro hit over 95 kilos. Upon reaching this point, he knew that he needed to make some serious lifestyle changes. Although he would attend the occasional Muay Thai class, his heart wasn’t in it and it wasn’t enough to make a difference. It was when he decided to rejoin the Muay Thai competition team that sparked a true change in Hiro. “I realized that time was limited, and that I couldn’t sit around and waste such a great opportunity,” Hiro revealed. “So I told myself, enough is enough, I’m going to get back on the team and start competing.”

Hiro’s decision to rejoin the Muay Thai competition team was nothing short of life-changing for him. At that moment, something just clicked for Hiro. He knew that he had to make a change quickly or everything would just go downhill from there. That was when it started rolling for him. First, he created a self-imposed mindset to devote anything and everything to competing in Muay Thai. “My friends and colleagues thought I was crazy because I had lost so much weight so fast,” said Hiro. “They thought I was so obsessed with losing weight that they became concerned about me.” 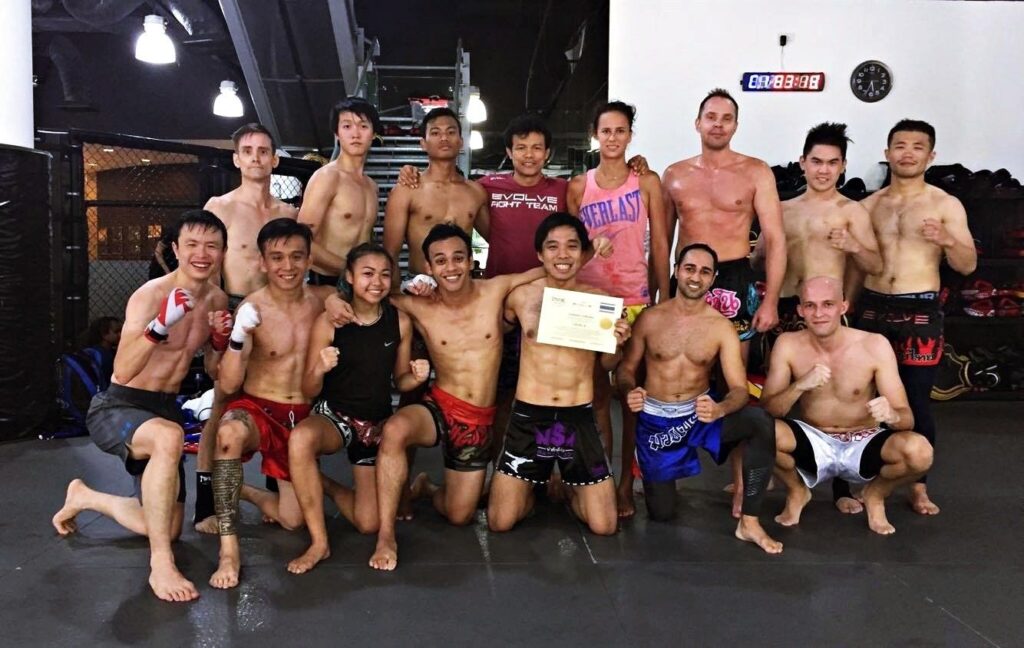 Little did they know that it was Hiro’s decision to return to the team that fueled his need to get into the best shape of his life. “After the first competition, I wore size 34×32 jeans. A few months later, I went to buy a new pair of jeans and discovered that I could fit into 29×32 size jeans. That was an eye-opening moment. I didn’t realize that I had lost that much weight,” shared Hiro. “I felt like the Subway guy!”

Hiro’s transformation happened in the span of four months. First, he had to create a routine that easily fit into his work schedule. “When I don’t have a fight coming up, I run 7-12 kilometers before each training session. If I have a fight, I’ll run 7-10 kilometers twice a day followed by a class. I’ll also throw in 5-10 sets of sprints,” Hiro explained. Next, he had to change his diet. As a self-proclaimed cookie and chocolate aficionado, he had to make more nutritious choices when it came to food. “Before, I just used to eat whatever I craved. But then when I decided to lose weight, I lessened the meat in my diet,” said Hiro. “Meat is great and I love it, but I learned that my body takes longer to digest meat than it takes to digest veggies. If I wanted to fuel my body properly for training, I needed food that I could digest quickly, allowing me to train more.” Hiro is looking forward to stepping into the ring once again.

Making the decision to lose weight and stay healthy is one thing, maintaining it is another. For Hiro, what helped him stay on track was the desire to compete again. Four months after losing the weight, he was set to enter the ring for the first time. “My fear got the best of me in my first fight,” shared Hiro. “In the second fight, I was more relaxed. I was able to land this snappy left kick, it was the first time I had ever landed a kick like that. At that moment, I gained the confidence I lacked in my first fight and just kept on going.”

Today, Hiro still continues to lose weight, setting the bar higher for himself both inside and outside the ring. He is determined to compete again, at a lower weight class this time. “I believe my determination stems from my martial arts training – the commitment and dedication to accomplish my goal has helped me overcome my lack of confidence in my skills,” said Hiro. His advice for someone looking to lose weight? “If you put your mind to it, you can do anything. We live fast paced lives and yes, we are all busy. However, we should remember that our time is limited and that we shouldn’t take it for granted,” shared Hiro. “All it takes is a simple commitment. If you believe in yourself, you can achieve your dreams.”