Martial Arts: The Fastest Way To Get Rid Of Your Dad Bod

Apart from being complete badasses in the cage, mats and the ring, they’re also awesome fathers – and totally break the “dad bod” stereotype. Just in case you didn’t know, the “dad bod” is a term used to describe cuddly, doughy, out of shape men who are comfortable with a sedentary lifestyle.

Although you may argue that they’re all professional martial artists with decades of experience, we believe that this shouldn’t hinder anyone from getting into shape.  Why not take inspiration from these warriors, defy the stereotype and get into the best shape of your life through martial arts? Today, Evolve Daily shares 5 Ways Martial Arts Helps You Get Rid Of Your Dad Bod:

1) Because it takes your work ethic to the next level 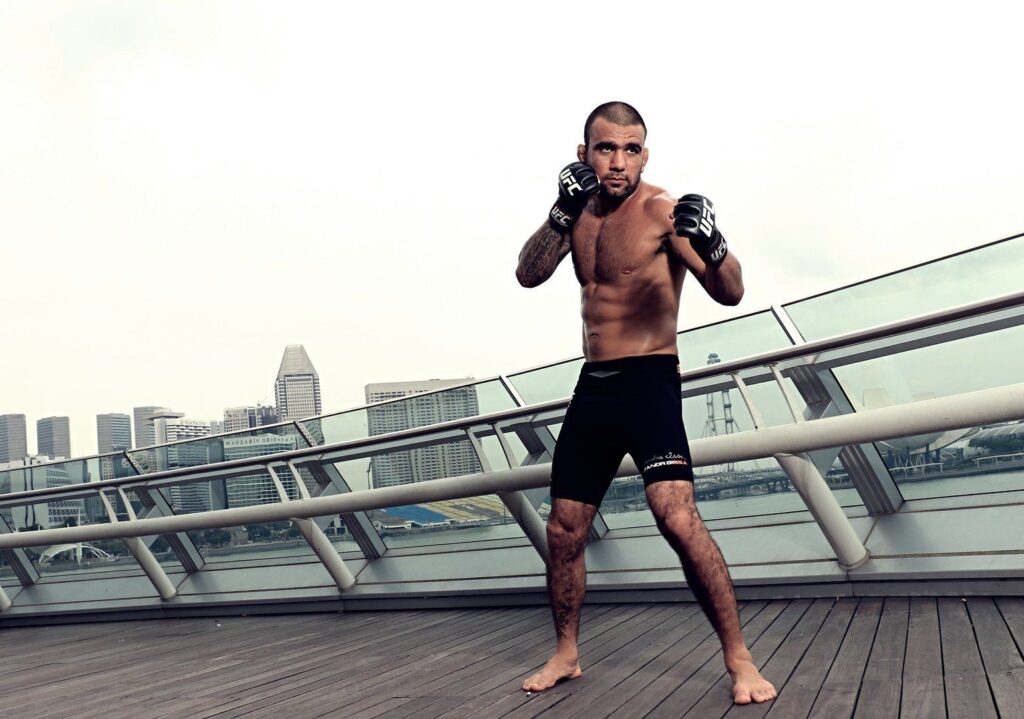 When you practice martial arts, you’ll see that hard work always bears results. Whether it’s lasting just a few more rounds during sparring or performing a technique flawlessly after several days of trial and error – it always feels great to see yourself improve. Especially after working hard for it.

To lose your dad bod, you need laser sharp focus to stick to your goals. There’s no better way to work on this than martial arts. You’ll be determined to put 100% of yourself into getting rid of that gut which will give you the results you want!

2) Because it encourages you to eat clean One of the biggest culprits of the dad bod is a poor diet. White carbs, beer, junk food – all these end up being stored in your cells as fat and go straight to all the wrong places. Beer, especially, is one of the dad bod’s worst enemies. There’s a good reason why that big gut is called a beer belly!

The more you train martial arts, the more inclined you’ll be to maintain a healthy diet. After all, you of all people know how horrible it feels to train after eating junk food!

3) Because it relieves stress When you’re stressed, your body automatically puts on weight as your cortisol levels go haywire. Because of this, it becomes difficult to burn fat efficiently, build lean muscle mass, sleep or even find motivation to exercise. Thus, one’s dad bod becomes an unwanted result of stress.

Nothing beats that endorphin rush you get after a Muay Thai or BJJ class. All that pent up negative energy you’ve accumulated from a stressful day at work can be released after hitting a few rounds of pads. The more endorphins you produce, the less likely you’ll feel stressed!

4) Because it forces you to stay in shape As you get better at martial arts, you become more inclined to spend more time training. This would undoubtedly help you shed those extra pounds, without you even realizing it. You’d be so focused on training and getting better each day that you’d want to quit anything that would derail you from accomplishing your goals.

Staying in shape is a great way to combat the dad bod. Not only does it ensure you’re looking healthy, it will make you feel stronger and happier too! BJJ World Champion and ONE Superstar Bruno Pucci has won all of his fights via rear naked choke.

Being flabby and out of shape are some of the unwanted “perks” of having a dad bod. To get rid of these, you’ll need to increase your metabolism and improve insulin sensitivity.

Apart from making you warrior-ready, martial arts is one of the best ways to melt fat. The intense workouts you get from training martial arts not only require tons of effort but strength as well. Because of this, you’ll boost your metabolism and burn all that unwanted fat.

It’s actually quite the opposite. When a man takes care of his body, it means that he cares for his family enough so that he’ll always be there for them.

So tell us, when will you start working on your dad bod?