More Than A Pretty Face: 6 Celebrities You Didn’t Know Could Fight 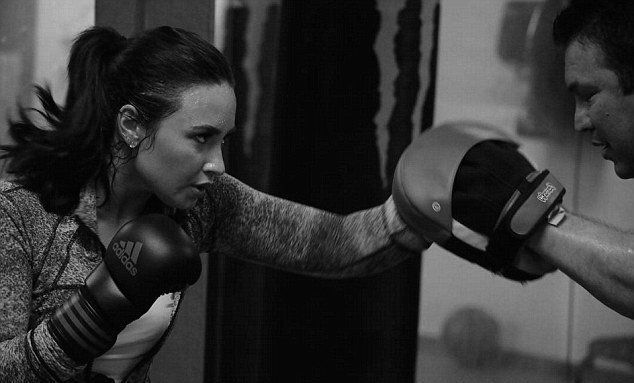 Martial arts is the science of combat. It equips a person with the knowledge and skills necessary to be able to defend oneself. Learning the proper self-defense techniques is a basic human right that everyone should have access to.

Self-defense is absolutely essential. Knowing how to protect yourself and the people around you from physical threats is a useful skill to learn, especially if you are a high-profile target, like a celebrity.

No matter who you are, martial arts provides so many benefits. Celebrities turn to martial arts for various reasons, whether it’s keeping fit for an upcoming movie role, or just helping to clear the mind and relieve stress.

Contrary to popular belief, martial arts isn’t just for hardcore enthusiasts. Martial arts is for everyone. It should come as no surprise then that many celebrities practice martial arts. Some of them you wouldn’t believe were martial artists until they whip out their black belts.

Evolve Daily takes a look at 6 Celebrities You Didn’t Know Were Martial Artists.

He’s nearly 60-years old but would you believe that the world-renowned author, TV star, and chef is actually a highly-skilled martial artist?

Bourdain fell in love with Brazilian Jiu-Jitsu because his ex-wife introduced him to it and he was instantly hooked. He once referred to his liking for the art of grappling as an “obsession”.

While filming his TV Show “Parts Unknown” where he visits exotic locales all around the world to eat delicious food, Bourdain seeks out martial arts gyms locally where he can train while he isn’t working. Ashton Kutcher is a BJJ purple belt under Rigan Machado.

Not exactly the kind of guy you associate with martial arts. Ashton Kutcher is best known for his comedic role as Kelso in That 70’s Show and for his hosting stint on MTV’s Punk’d. What many don’t know about Kutcher, however, is that he’s actually a well-trained martial artist.

Kutcher holds a purple belt in Brazilian jiu-jitsu, awarded to him by the world-famous Rigan Machado. The young actor has also traveled multiple times to Brazil to train and often credits Brazilian Jiu-Jitsu as one of the main reasons why he is always in shape.

So if Kutcher would ever want to leave comedy behind and explore some action roles, he could certainly do quite well.

This singer slash actress and former Disney Channel star isn’t just a pretty face. She is skilled in various martial arts, training in a full range of disciplines including boxing, kickboxing, Muay Thai, and Brazilian Jiu-Jitsu.

In fact, Lovato is so good that some of the trainers at her gym in New Mexico believe she can even fight professionally in MMA if she chose to do so. It just goes to show that you will never know the kind of talent you have unless you explore it.

Aside from training in martial arts, Lovato also loves MMA and has even been romantically linked to former UFC champion Luke Rockhold and Bellator welterweight Guilherme Vasconcelos.

He played the role of teen werewolf heartthrob Jacob Black in the Twilight film saga, but before he ever graced the silver screen, did you know that Taylor Lautner was already a highly-decorated Karate practitioner?

At one time, Lautner was even ranked as high as number one in his category by the American Sports Karate Association. He was 11 years old.

Long-time broadcaster and analyst for the UFC, Joe Rogan has come a long way from his time as host of popular reality TV show, Fear Factor. Today, Rogan is one of the most well-known figures in mixed martial arts, lending his insight and knowledge to audiences who have no clue what a rear naked choke is.

But he isn’t all talk, Rogan is actually immensely skilled in multiple martial arts disciplines. Rogan owns black belts in Taekwondo and Brazilian Jiu-Jitsu and has won 19 US Open Taekwondo tournaments during his competition days.

Aside from this, Rogan also trains in MMA and Muay Thai. Talk about immersing yourself in your work.

How much of what you see in the movies is real and how much of it is make-believe? If we were to use Keanu Reeves as a barometer, then it’s as real as it can get.

The star of The Matrix franchise trains in numerous martial arts, including Brazilian Jiu-Jitsu, Wushu, boxing, krav maga, Judo, and Karate. His action roles in Man of Tai Chi and John Wick have encouraged Reeves to pursue his passion for martial arts, and to this day he continues to hone his skills to perfection.

The more Reeves trains in martial arts, the more he starts to resemble ‘Neo’, which is pretty darn cool.

So, next time you see a fight scene in a Hollywood movie or on TV, remember that it might not be all fake, the star might know a thing or two about how to defend themselves in real life.

Learning martial arts teaches you a lot more than how to defend yourself. It instills time-tested positive traits in you as you progress through the ranks, attributes that can help you in your personal and…

Here’s What Will Happen When Conor McGregor Fights Manny Pacquiao

The sport of boxing has been known for its exciting and unexpected storylines for years. And 2020 isn’t any different. Fight fans were shocked to learn over the weekend that, at least in principle, former…

Evolve Mixed Martial Arts strives to provide the highest standards of excellence and the highest quality martial arts instruction in the world. Part of this includes improving our class schedules. Effective October 1, all Evolve…

These 5 Things Are Secretly Making You Fat

If you’re like most everybody, you are following a diet or doing some sort of workout — whether it’s a martial arts class, a circuit training program, or a home workout. We all want to…