Sage Words Of Advice Every Boxer Should Live By Boxing has existed as a sport for centuries, and as such it has accumulated much knowledge passed on through generations. Its quick rise in popularity over the past hundred years, however, has produced some of the most iconic sayings — sage words of advice left behind by legends of the ring.

These sayings have been proven time and time again inside the ring, and no matter how the sport evolves through the years, they remain largely unchanged, true and tested. Some of the greatest fighters in the world have made these sayings a part of who they are as boxers, and it has benefited their careers in the long run.

If you’re a boxer today learning the trade, then it will be wise for you to take heed of these words, remember them, and strive to take these lessons to heart. They will undoubtedly aid you in your quest to become a master pugilist. At the very least, they will help you improve each and every day.

We now share with you a handful of iconic sayings, old boxing adages, and what exactly they mean. Today, Evolve Daily shares 5 of the most important words of advice to live by if you are a boxer.

This is perhaps the most popular boxing quote of all time, as said by the man himself, the late great Muhammad Ali. Despite his undeniable charisma and outrageous character which he played endlessly for the media, Ali was known for his grace inside the ring above all.

His ability to float as gracefully as a butterfly, yet strike with the speed, precision, and power of a bee has defined his legendary style. Ali didn’t just go in there and started wailing punches at his opponents. He moved with flow and grace, lulling his opponents to sleep with his movement and then unloading his powerful punches at the right time.

As a boxer, strive to move with the same fluidity as Ali, focusing on your footwork and upper body movement. Once you are nimble enough on the foot to move in and out of danger, work to get into the best positions to throw your best combinations. Remember, defense comes before offense, so do your best to avoid danger. The name of the game is to hit and not get hit.

2) Kill the body and the head will fall. Too many times boxers fall into the bad habit of headhunting way too much while neglecting one of the most important aspects of fighting, which is going to the body. This saying alludes to the fact that in order to be able to catch a heavily guarded head, you have to dig and put work into the body.

Some opponents have a very formidable glove guard that is hard to penetrate. No matter how hard you punch, your shots seem to always land on the forearms, or even worse parried. Against opponents with great upper body defense, it is imperative to attack the midsection.

By going to an opponent’s midsection, you take away his wind and slowly chip away at his stamina. Each punch that lands in the abdomen saps the energy from your opponents, slowly bringing their guard down. This, in turn, opens up the head where you can land that all-important knockout punch. 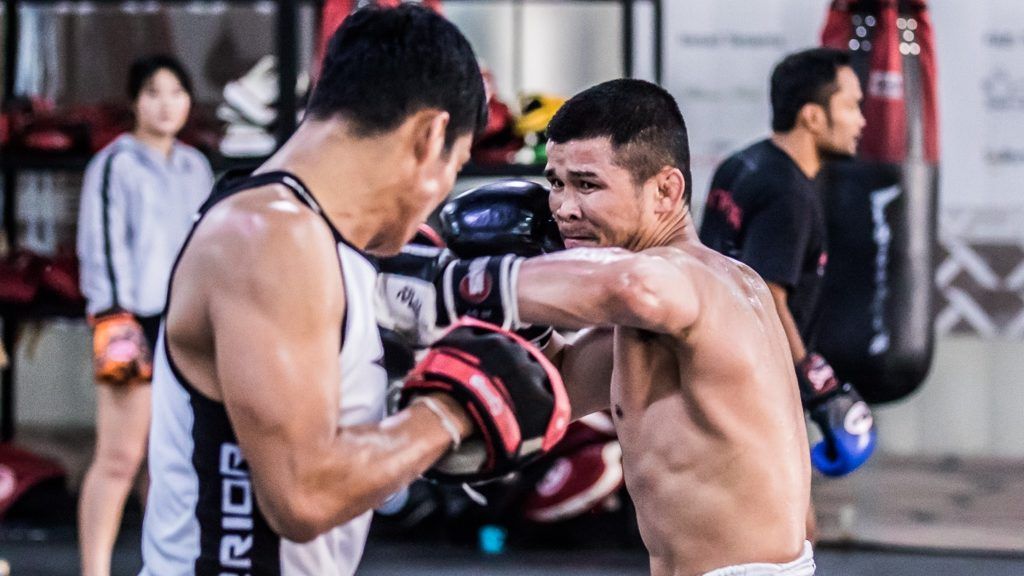 Chances are, you’ve probably already heard this before. Maybe you found out the hard way and were caught in a fight with an opponent who had deadly hooks. “Hookers”, of course, refer to opponents who have tremendous lead hooks and who operate out of the same stance as yourself.

A hooker has one trademark punch that they have developed for years, and that’s the lead hook. It’s one of the most powerful punches in boxing when done right. If you’re not particularly good with this punch and the scouting on your opponent says that he is, then stay away from throwing your lead hook.

Whenever you throw your lead hook, you leave yourself wide open to being countered by your opponent’s lead hook in a simultaneous exchange of punches. And because he has a better and more powerful hook than you do, you could go down if you get caught.

Instead, counter his lead hook with your cross. It’s the natural counterpunch to the lead hook because it not only attacks a vulnerability in your opponent’s guard as he is punching, it also uses your shoulders to protect your chin against his lead hook.

4) Everybody has a plan until they get punched in the face.

This quote comes from the legendary heavyweight, “Iron” Mike Tyson. Behind his bravado, his juvenile demeanor, and his genuine bad boy image, Tyson is actually one of the most intelligent boxers in history. Trained and developed by legendary coach Cus D’amato, Tyson was imparted with the unbridled source of boxing knowledge, passed down from generation to generation.

Although he was an absolute beast and the intelligence wasn’t exactly evident, it was still there when he needed it. The end result has been an incredible career, one that fans will not soon forget.

When asked about this particular quote of his once in an interview, Tyson says he came up with the saying from his experiences inside the ring.

“People were asking me [before a fight], ‘What’s going to happen?,’ ” Tyson said. “They were talking about his style. ‘He’s going to give you a lot of lateral movement. He’s going to move, he’s going to dance. He’s going to do this, do that.’ I said, “Everybody has a plan until they get hit. Then, like a rat, they stop in fear and freeze.’ “ Speed kills is one of the most instantly recognizable sayings in boxing. If you are a true boxing fan, then you know exactly what these two words mean. We hear it on the Olympic levels, guiding amateur boxers to greatness before they become professionals, and we hear it inside the best boxing gyms in the world.

One of the keys to victory for every boxer is to do damage to your opponent. In order to do damage, you have to land punches. When fighters aren’t fast enough and they lack speed, it is much easier to predict their offense and where their punches are coming from.

By throwing your punches with speed, you greatly increase your accuracy. Punches land at a much higher clip because your opponents have less time to react and play defense. Boxers are always taught to prioritize speed above all attributes because when you have speed, you instantly have a great advantage.

Some of the greatest boxers in history — Manny Pacquiao, Floyd Mayweather Jr., Sugar Ray Leonard, Roy Jones Jr., and the like — have all employed blazing fast speed that their opponents just simply couldn’t keep up with.

So focus on your speed and your boxing repertoire will grow exponentially.