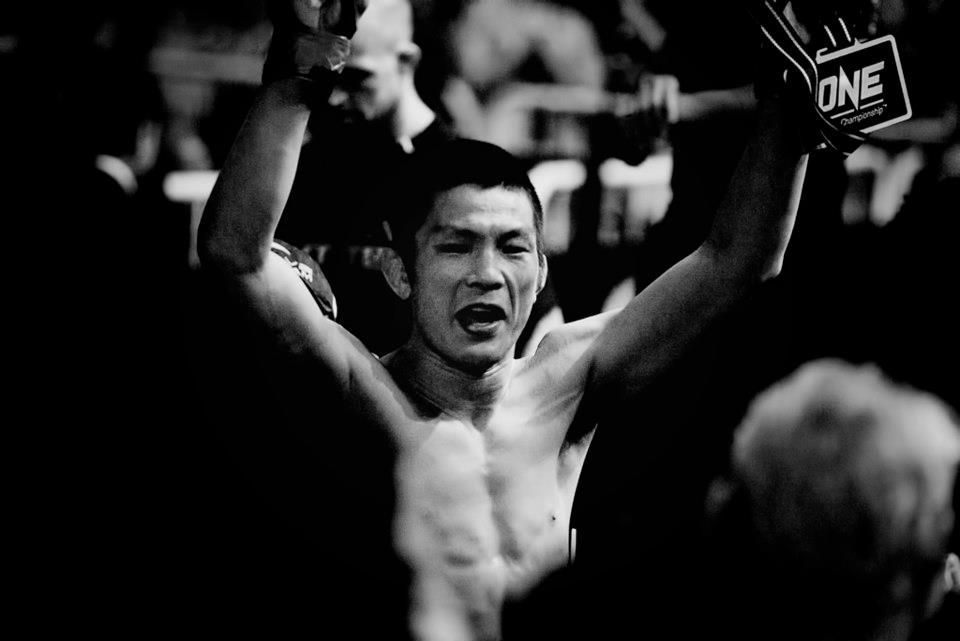 There is no doubt that the Evolve MMA Fight Team has some of the most talented fighters in the realm of Mixed Martial Arts. Shinya Aoki, an MMA fighter from Shizuoka, Japan, belongs to this elite group. He is a dangerous submission artist with over 43 fights under his belt. Shinya has submitted many big names in the industry, including JZ Cavalcante, Tatsuya Kawajiri and Eddie Alvarez.

At K-1 Dynamite!! Power of Courage 2008, Shinya was able to secure a heelhook against Eddie Alvarez in the first minute of the first round. This is one of the biggest wins of his career, especially since Eddie was the Bellator lightweight champion at that time.

2) Aoki vs. Harada (Triangle to Armbar)

At IGF-Inoki-Bom-Ba-Ye 2013, Shinya pulled off his fastest submission yet. After falling into Shinya’s triangle, Toshikatsu Harada was swept of his feet, with Shinya holding onto his arm for an armbar finish.

Upon securing Wisniewski’s arm in an underhook, Shinya swiftly shifted to an armlock position. This fight is a great example of the deep technical knowledge and speed that Shinya often utilizes to execute his submissions.

In this fight, Shinya was able to successfully pull off a gogoplata, a submission that is unusual in MMA. This is another example of Shinya’s vast technical knowledge in Brazilian Jiu-Jitsu. As one of the most difficult submissions to execute, it was a very risky move.

With Arnaud Lepont as the underdog, many predicted that Shinya Aoki would dominate this match – which is exactly what he did. After securing the mount position, Shinya moved on to an armbar and finished with a triangle submission. This move left Lepont unconscious, and the fight was finished in less than two minutes.

https://www.youtube.com/watch?v=-S6W0jU5y6w
Although Yuki Yamamoto was eager to redeem himself from a previous loss, Shinya Aoki was definitely dead set on stopping him. And that’s exactly what he did. After securing a takedown, Shinya quickly transitioned to a back mount, maintaining a hook on Yamamoto’s leg. Yamamoto tried to scramble out but it proved to be in vain. The match was all over after Shinya used the hook to stretch out Yamamoto, pulling his head and arm in the opposite direction, executing the perfect twister submission.

Time and again, Shinya Aoki has proven that his reign in the MMA industry as a submission wizard has yet to be challenged. Until a worthy opponent comes along to dethrone the ONE FC Lightweight Champion, Shinya’s submissions are still a force to be reckoned with.

Update:
This Friday, in the main event of ONE Championship’s biggest card yet, Shinya Aoki will face his toughest challenge yet in the ONE cage as he takes on Koji Ando. Ando is on a 5-fight win streak and has left a devastating trail of destruction on his way up the Asian lightweight division. However, he will have the incredibly difficult task of taking on the greatest mixed martial artist to have ever emerged from Asia. With their legacy and the future of their careers on the line, this fight will definitely not disappoint.

Be sure to support and catch Shinya LIVE at ONE: Warrior’s Quest on 22 May at the Singapore Indoor Stadium!