How To Subtract Ten Years From Your Age – Instantly! 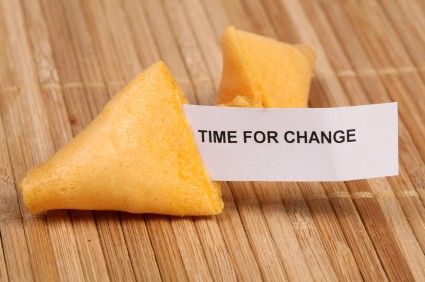 Everywhere we look, there’s always some lotion, cream, exercise, surgery or diet which promises us a return to our youth. Unfortunately, most of these options are simply gimmicks that fool us into believing that we can cheat time.

What we don’t realize is that the secret to agelessness is within us. It is simply a matter of tweaking your lifestyle and state of mind. Curious? Here are Evolve Daily’s answers to staying young: According to a study by Psychology and Aging, smiling makes you look two years younger instantly. In the study, photographs of similar aged people with different facial expressions were rated according to age. Those who were smiling more were consistently rated younger! Not only were they considered more youthful, they were also highly rated on the attractiveness scale. Whether it’s towards a stranger, your workout buddy or co-worker, there’s no reason to hesitate from flashing those pearly whites! When we try new things, we open ourselves up to endless possibilities we could have never have imagined doing in the past. Whether it’s a new sport, exotic dish or a skill – knowing that there’s still so much to discover will keep you curious. Don’t you remember how curious you were as a child?

3) Say goodbye to the past and hello to the present! There’s no point in dwelling in the past, mulling over all the things you’ve done wrong. Yes, you’ve made mistakes but so has everybody. Instead of reminiscing about the times you’ve hurt others or regretting things you haven’t done, why not start afresh? The present is untainted and ready for you to explore – so make the most of it. Hit the restart button and get on with the rest of your life! There’s no such thing as too old to sport a certain kind of hairstyle or look. The way in which we express ourselves is completely up to us. No one should dictate what we should and shouldn’t look like. The more we conform to society’s ideas of what we should look like, the less happy we feel, aging us faster than we realize. If you want to cut your hair – go for it. Everyone has the right to freedom. Let’s face it. Most of the people who have postural problems are either aging or look like they are aging fast. Did you know that the straighter you stand, the taller and younger you’ll look? Hunched shoulders and a slouched back not only affect our appearance but also our breathing and could lead to back problems in the future. Having a great posture makes you look more confident and also leads to improved health. There’s no established rule that says we have to act our age. In fact, a study published by JAMA shows that those who perceived themselves as younger than their actual age lived longer and felt better than those who didn’t. By keeping a fresh, optimistic perspective on life, we’ll have less to worry about. This means that we’ll also be less likely to have wrinkles, so we can worry less about our appearances. According to dietician Manuel Villacorta, what we eat plays a huge role in how we age and how we feel. Instead of stuffing ourselves with high-fat and sugar-laden treats, we should opt for food that is rich in vitamins and minerals that makes us feel better and helps us keep off those unwanted pounds. Leafy green vegetables, lean proteins, fiber rich whole grains, fruits with antioxidants and vitamin C –there’s no doubt that eating better will slow down the aging process drastically.

At the end of the day, it all comes from inside. The more optimistic we are, the more likely we’ll remain healthy and youthful. We should also never forget to take care of ourselves and stay active. Remember to always listen to your body and your heart – they’re often right!