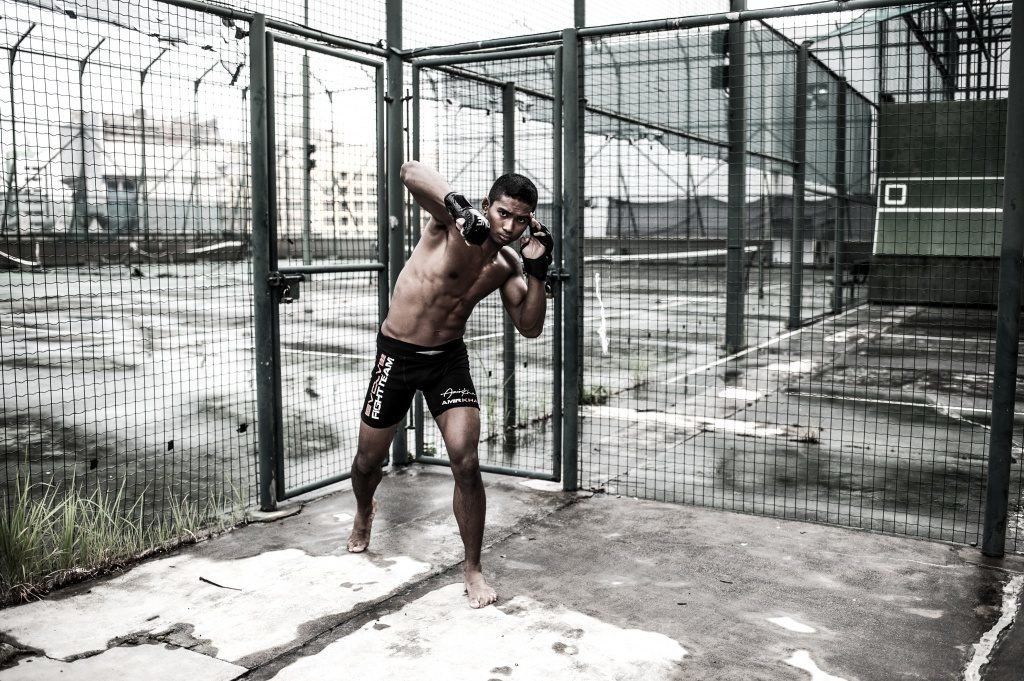 As much as we hate to admit it, we’re all guilty of getting lazy from time to time. It’s just that some of us are lazier than others. Now, if you happen to fall into this “lazier” category, you might feel that it’s impossible to lose that unwanted weight – especially because it seems to require so much effort and time. Well, there are actually some simple things you can do to lose weight, especially on those lazy days when you don’t feel like doing anything.

With that said, working out is truly one of the best ways to burn those calories in a shorter amount of time. After all, you can burn up to 1,000 calories by training Muay Thai for only an hour! And as tiring as it sounds, 1 hour is only 4% of your day. So why not make it count?

For those who still aren’t ready to hit the gym just yet, read on! Today, Evolve Daily shares The Lazy Person’s Guide To Weight Loss: Let’s face it. You’re not going to lose any weight by just sitting around or lazing all day long. Now, we’re not saying you have to go out for that 5km run, but the very least you can do is to stay active throughout the day! That means moving around whenever you can – such as taking the stairs instead of the escalator or lift; or perhaps getting off the bus one stop earlier and walking to your destination. These changes might seem really small, but trust us, you’d actually burn some calories (at least more than when you’re not moving!)

2) Drink a glass of water before every meal Sparring can take your game to greater heights.

According to research, drinking 500ml of water before meals plays a part in weight loss. This is due to the fact that the water would make you feel fuller immediately, which can prevent you from overeating when meal time rolls around. Well, that’s probably why the study found that people who drank water before their meal ate on average 40 fewer calories when they had their meals.

Besides aiding in weight loss, water also keeps you hydrated and enables your body to function at its best. So make sure you drink at least 8 glasses a day!

3) Ensure you get enough sleep every night Kettlebell training is a great way to build your strength.

With so many things that can keep us up at night, it comes as no surprise that a large number of the population doesn’t get sufficient sleep every night. Unfortunately, sleep deprivation could be what’s preventing you from losing weight! This is because when you lack sleep, your body’s cortisol levels will rise. Psst! Cortisol is a stress hormone that has been linked to belly fat, in case you were wondering. What’s more, your body’s ability to deal with glucose is also affected, and you would end up craving junk food (and possibly eating it!) the next day.

4) Be strict about portion control 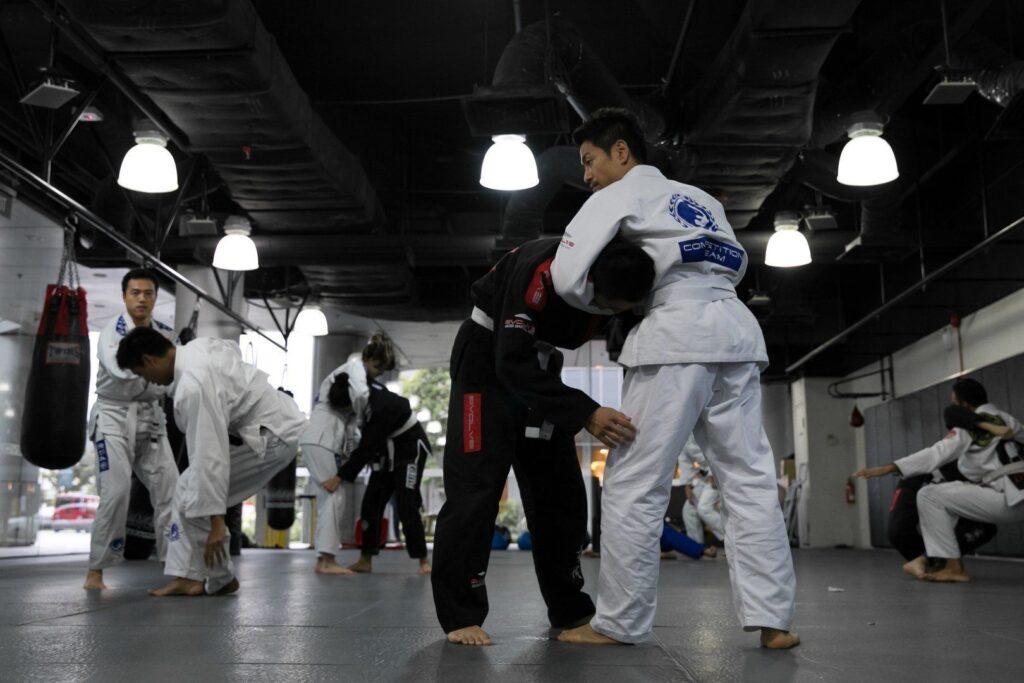 In order to feel full throughout the day, you should aim to have several (ideally 5 to 6) small meals as it would help you melt away fat. This is because it boosts the production of body heat and burns more calories as a result. So make sure you stay disciplined when it comes to your portions – in order to avoid overeating and adding unwanted inches to your waistline.

Also, you shouldn’t eat only when you’re feeling hungry, because this would increase your chances of eating a bigger portion and you might end up wolfing down your food rather than eating mindfully.

5) Skip the desserts and/or unhealthy snacks 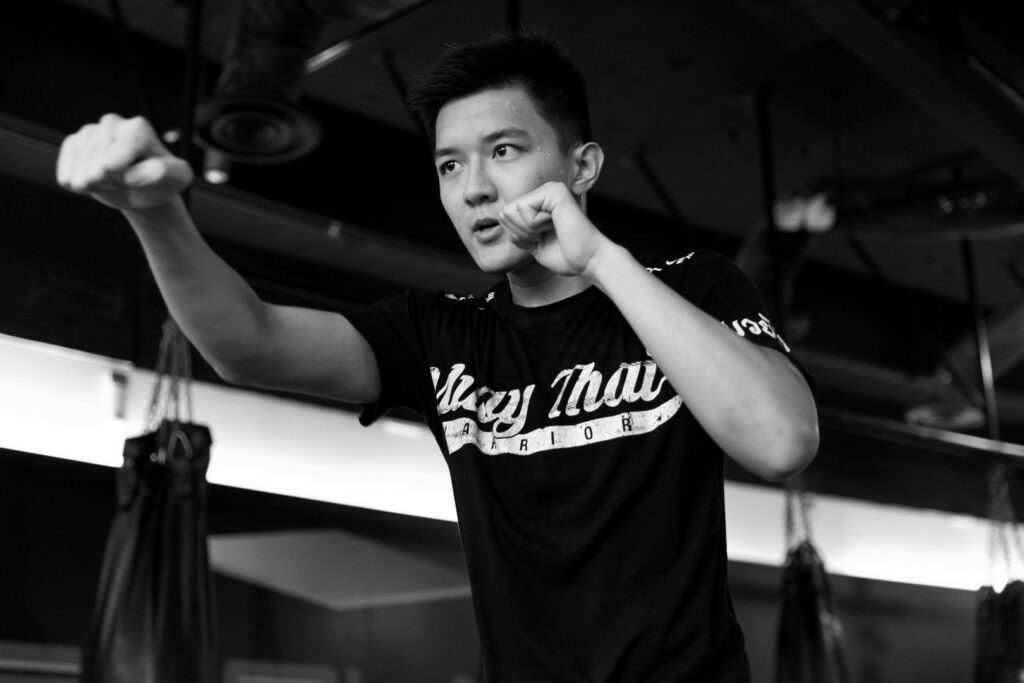 Muay Thai is one of the most powerful and effective martial arts in the world.

Yes, we know. It’s hard to totally give up your favorite ice cream and cakes, or potato chips. But they could be what’s getting in the way of your weight loss! It’s no secret that these snacks and treats are loaded with unhealthy ingredients, so you should avoid having them too often – or altogether, if possible. After all, you are what you eat. And if you want lose weight, then start munching on healthier food – like these fat burners – daily! 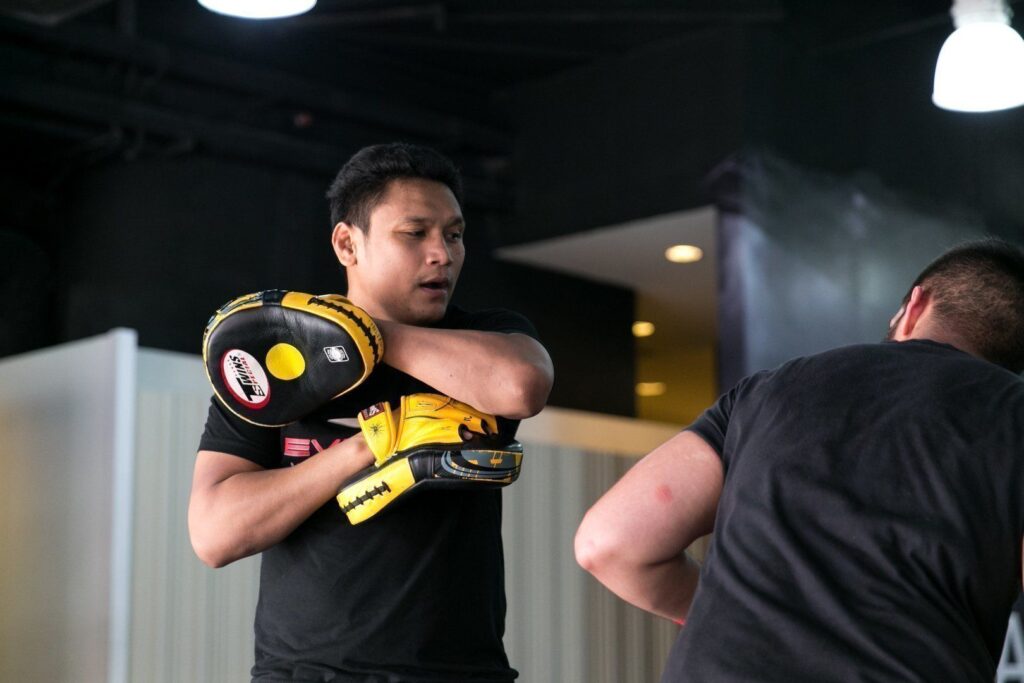 Whether it’s your favorite canned drink or bubble tea, one thing’s for sure: you need to stop drinking your calories if you want to lose weight! This is because all these empty calories from such drinks add up, and eventually contribute to your waistline. So instead of reaching out for these drinks, why not switch to calorie-free water?

Of course, these simple tips work best when coupled with some intense workouts at the gym. So why not establish an active lifestyle by working out regularly? You’d not only be losing that unwanted weight, but also getting into the best shape of your life! Remember, it’s okay to start small and slowly progress from there. So go on, you got this!