This Could Be Why You’re Always Hungry Do you feel like your stomach is a bottomless pit? Perhaps you can finish a heavy meal but still have room for dessert, or maybe after only a couple of hours, you’re hungry and ready to eat again. If this is what you go through on a daily basis, then it’s time to take a step back and try to find out why this is so. After all, overeating is unhealthy. Apart from causing you to gain unwanted weight and put you at risk of becoming obese, it can potentially cause you to contract certain diseases such as high cholesterol and heart disease.

Want to get to the bottom of why you can’t seem to stop eating? Today, Evolve Daily reveals 5 Reasons Why You’re Always Hungry: Sometimes you feel hungry when you’re actually dehydrated and in need of water. According to a study in the journal of Physiology & Behavior, people respond inappropriately to thirst over 60% of the time by eating instead of drinking. This is because your hypothalamus, which regulates thirst and hunger, sometimes mixes up these signals. That means if you don’t drink enough water, to begin with, it could be thirst instead of hunger that’s making you feel the urge to munch on something!

So the next time you’re feeling hungry when you shouldn’t be, try having a glass of water and see how you feel after that. If that solves your problem, then it could mean that you haven’t been drinking enough water in general. So make sure you’re getting those 8 glasses daily!

Before you write this one off because it sounds counter-intuitive, hear us out. Eating lean protein, fiber, and healthy fat can play a part in keeping those hunger pangs at bay. This is because these types of food take a longer time to get broken down by your digestive system, which means it keeps you feeling full for extended periods of time.

The journal Nutrition Research has reported that in a study of 21 men, those who were fed eggs (which are rich in protein) had a lower response to ghrelin (the hunger hormone) as compared to their counterparts who had bagels. As a result, they were less hungry 3 hours later and even consumed a smaller amount of calories for the next 24 hours! BJJ equips you with the skills to defend yourself in real life situations.

If you’ve dealt with short term stress, you probably think that stress suppresses – rather than brings on – your appetite. While this is true because stress triggers adrenaline, which causes your fight-or-flight response to kick in and put eating on hold, long-term stress is an entirely different thing. This is because your adrenal glands will start producing cortisol, which would cause your hunger hormones to act up. What’s more, it also pulls lipids from the bloodstream to store in the fat cells, hence, adding unwanted inches to your waistline.

The next time you’re feeling overwhelmed by stress, pause for a moment before digging into a pint of your favorite ice cream or a burger and allow yourself to take a breather. Or if all else fails, why not kick stress in the ass by attending a martial arts class?

4) You aren’t getting enough sleep

Ever found yourself reaching out for those snacks in your office pantry the day after a late night? Well, this happens when you lack sleep because it causes a drop in the levels of leptin (the hormone that acknowledges that you’re full) in your body. As a result, your appetite increases and that jar of chocolate chip cookies becomes ten times more appealing.

Apart from causing hunger and messing with your eating patterns, a lack of sleep can also result in your body burning fewer calories and increasing cortisol levels, which stores fat. So if you don’t get enough sleep and get hungry very frequently, this is a reminder that it’s crucial for you to aim to get 7 to 8 hours of quality sleep every night.

5) You’re distracted whenever you have your meals 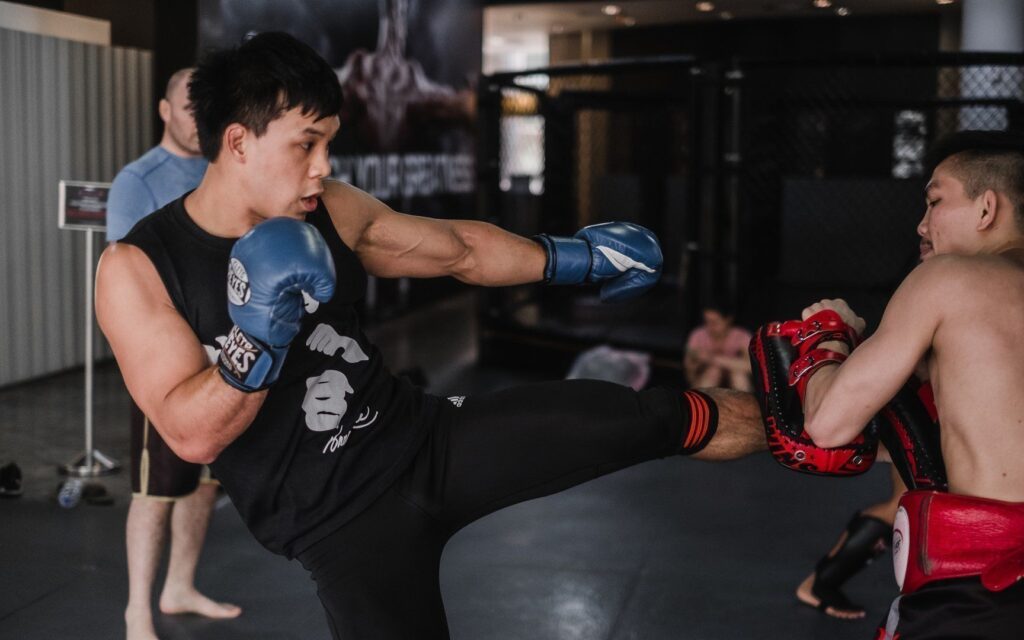 ONE Superstar Eddie Ng is known for his “Magic Diet”, which involves healthy eating for 6 days followed by one all out “cheat day”.

Do you have the tendency to watch TV or use your laptop when you’re eating? If you do, then you won’t be able to focus on the food that’s in front of you and practice mindful eating. As a result, your brain will be distracted and not register that meal properly. Hence, there’s a high chance you will end up overeating! So the next time you decide to have a TV or movie marathon, ditch the potato chips or popcorn – so that the only thing you’re binging on is your favorite shows.

So tell us, are you ready to break your unhealthy eating habits once and for all?

6 Simple Mistakes That Can Ruin Any Diet Plan

Congratulations on starting your diet plan and sticking to it for as long as you have. That kind of perseverance takes character, and you should be proud. Unfortunately, many people working towards their fitness goals…

One positive thing that Singapore’s circuit breaker period (or quarantine period for the rest of the world) has brought about is that it turned nearly all of us into amazing home cooks. All of a…

5 ‘Healthy’ Habits That Could Be Sabotaging Your Weight Loss

Everyone wants to shed off excess weight and shave a few inches off their waistline. It’s natural for people to want to look and feel better about themselves. For those gifted with the genetics to…

The push kick may be the most important technique in Muay Thai. It is the foundation of a strong skill set in Thailand’s national sport, and it is as fundamental in “the art of eight…