This Is Why You Aren’t Seeing Results In The Gym Whether it’s losing weight or getting stronger, we’re pretty sure you have a specific goal in mind. However, if you’ve been hitting the gym for quite some time but still feel like you aren’t getting any closer to that goal, then perhaps it’s time to take a step back and evaluate your workout habits.

1) You aren’t competing with yourself

Be honest, how realistic are your goals? If you’re basing your goals on what someone else has achieved or expect too much in a short span of time, then you’re definitely going to have difficulties with achieving results. It helps to take a look at your current goal and map out the steps you need to take in order to get there. By breaking it down into realistic, short-term goals, you’ll then be able to keep tabs on your progress as the weeks go by.

On the other hand, if you aren’t working towards any goal – it’s time to figure out what exactly you wish to get out of your training. By doing so, you’ll then have something to work towards, and of course, stay on track. Remember, this is supposed to only be about you. So don’t compete with anyone else (yes, even the person next to you in the gym!) but instead, focus on being 1% better than you were yesterday.

2) You treat yourself to unhealthy food after working out If you think you’ve earned the right to indulge in junk food or have that alcoholic drink just because you worked out – think again. After going through such intense workouts, your body needs to be refueled with nutritious food and plenty of water so as to recover effectively. And if you’re serious about losing weight or reaching a higher level of fitness, then you could actually be sabotaging your efforts by making poor lifestyle choices like this.

Of course, we aren’t saying you can’t indulge every now and then. You can, but make sure it doesn’t become a habit – and more importantly, that it isn’t something you reward yourself with after your workouts.

3) You aren’t consistent with your training Do you only work out when you feel like it? If that’s the case, then you probably don’t work out as much as you should – because how often are you actually in the mood to hit the gym? Also, if you don’t have a training schedule, there’s a higher chance of something cropping up (perhaps an excuse) and causing you to skip training altogether.

Remember, 1 hour is only 4% of your day, so make it a priority to spend that time in the gym consistently if you truly wish to see results. Ideally, you should be exercising at least three times a week.

4) You don’t push yourself hard enough 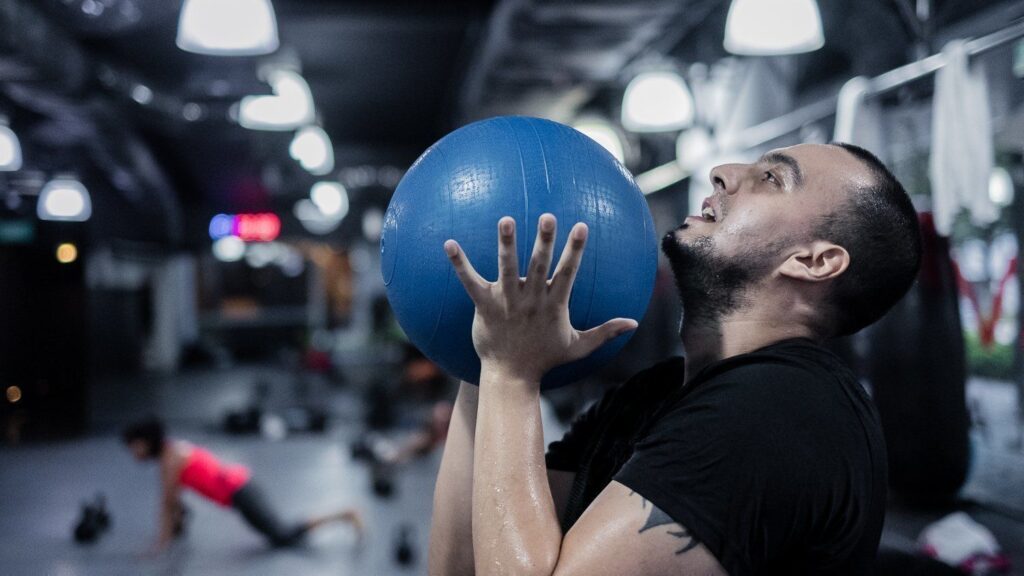 How challenging are your workouts? If you no longer break much of a sweat while training, or if you’re doing the same workout week after week, then it could mean that you’ve gotten too comfortable with what you’re doing – and it’s time to change things up. So don’t be afraid to shock your muscles with that new activity, be it Muay Thai or strength training!

When you challenge yourself and push your limits in the gym, there’s no doubt that you will get closer to your goal and someday, reach it.

5) You aren’t getting enough rest ONE Superstar Amir Khan works on his striking at the Evolve Fighters Program.

While it is important to engage in regular exercise, it’s also just as crucial to get enough rest. After all, if you overtrain, your body won’t have sufficient time to repair itself, and you could potentially get injured.

Besides that, if you don’t get at least 7 hours of quality sleep every night, you’re actually subjecting your body to stress, and increasing cortisol levels. To add to that, your body won’t be able to recover properly, and your performance in the gym might suffer. So if you wish to get the most out of every gym session, make sure you’re getting the rest you need after every workout!

Now that you know what to fix, go forth and crush those goals!