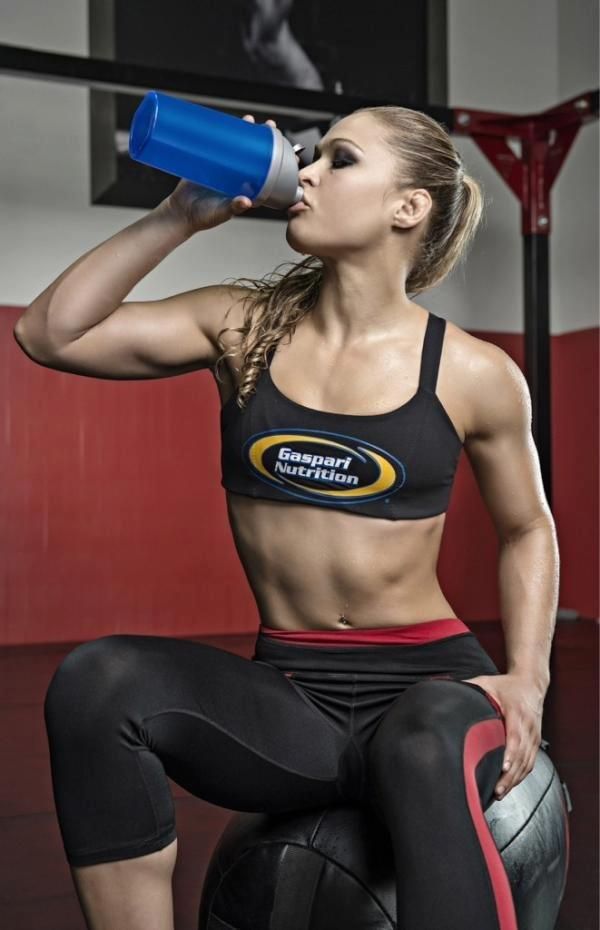 Many of the most elite athletes and martial artists consider weightlifting as an essential part of their strength and conditioning routine. For UFC Women’s Bantamweight Champion Ronda Rousey, this simply isn’t the case.

According to an interview with Fighter’s Only, Rousey says that her strength is simply a result of functional training:

Typically I have two to three workouts a day, and they could include wrestling, striking, boxing, running up sand dunes, grappling, strength and conditioning, judo, Brazilian jiu-jitsu, swimming. And I actually don’t lift any weights at all. Every muscle people see on my body is for a task. Whenever I want to be able to do a certain move or action, I put the work in until I can. And to be honest, I’ve never enjoyed weightlifting because there’s no problem solving. With fighting I’m solving a problem, so I don’t think about being tired.”

A former Olympic Judoka, Rousey made her mark in the MMA scene with her powerful throws and deadly submissions. Currently undefeated, her striking prowess has become more apparent in her latest fights. In the video below, Ronda Rousey shows her powerful punches as she knocks out Alexis Davis in less than 16 seconds – check it out!

On February 28th, 2015, Rousey will face Cat Zingano at UFC 184. One of the most highly anticipated MMA events of the year, Rousey believes that this will be an interesting fight. In an interview with MMA Weekly, she says she considers Zingano “the most risky opponent she could face”. Let’s see if Rousey can continue her winning streak!