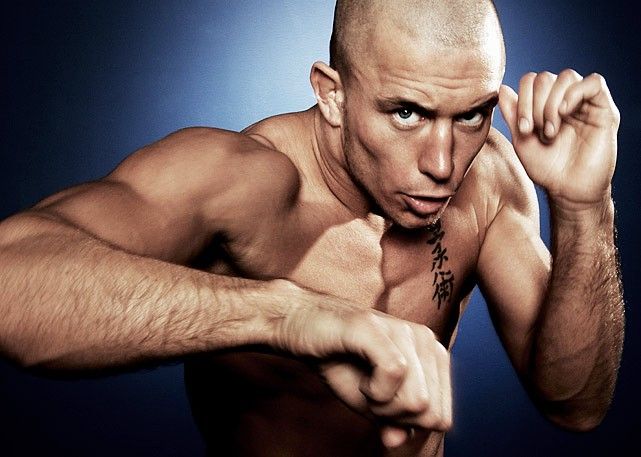 It’s been more than a year since UFC Welterweight Legend Georges St-Pierre announced his break from fighting mixed martial arts – much to the shock and horror of thousands of his fans. Since then, rumors of St-Pierre returning to the cage have surfaced, with reports claiming that he has been cleared by his doctor to get back into training.

This week however, in an interview with St-Pierre’s manager, Rodolphe Beaulieu, all rumors have been shut down – “there is no plan for 2015. We are working on a few projects but nothing related for him coming back in the octagon.” Such sad, sad news for GSP fans around the world. After all, he’s successfully defended his title 6 times over Josh Koscheck, Jake Shields, Carlos Condit, Nick Diaz and Johny Hendricks.  However, his last fight on November 16, 2013 was rife with controversy. Although, St-Pierre retained the belt over Hendricks via split decision, it was revealed that sixteen MMA journalists on MMADesicions.com had scored a win for Hendricks.

A month after this fight, St-Pierre announced that he would be “vacating the UFC welterweight title and taking some time off“, devastating his fans. Fast forward to a year later – GSP still has no plans of coming back in the Octagon.

So what does the future hold for GSP? His manager says that it definitely isn’t getting back into fighting MMA anytime soon. And rightly so, as GSP has to focus on recovering from his ACL injury, which was worsened during the fight with Hendricks. Even then, this doesn’t stop the 6-time Welterweight Champion from training.

Whether I retire or not or come back or not, I’m always going to be training,” says St-Pierre. “I like to feel in shape and feel good in my own skin. That’s why I’m training.”

Whatever his decision may be, his fans will surely support him. His epic MMA career has led him to another career path in Hollywood, playing the role of a villain in last year’s blockbuster, Captain America: The Winter Soldier. With an upcoming role in Kickboxer, there’s no doubt that GSP will keep everyone on their toes!