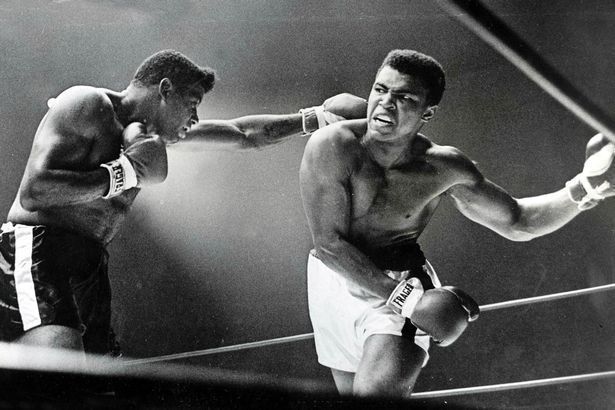 The world recently witnessed the fall of one of the most dominant fighters in history – Ronda Rousey. Questions and doubts now plague Rousey’s status as the greatest female fighter to ever live. But many fans and even fighters themselves forget that the greatest champions in history have always been measured not by their ability to keep their records unblemished, but by their ability to overcome heart-breaking setbacks in their careers to rise up once again.

And after overcoming such crushing defeats, these champions always return to be considered even greater than they were before; becoming legends in their sport and a source of inspiration for many around the world.

In the 60s and early 70s, Muhammad Ali was the talk of the town; the flawless face of boxing. After winning the gold medal at the 1960 Olympic Games in Rome, Ali stepped into the professional boxing world and in his own words, “shook up the world”. In 1967, at the age of 25, Ali had done it all: undefeated in 29 fights, beaten everyone there was to beat, Olympic gold medallist, and the youngest undisputed heavyweight champion in history.

Then he was scheduled to be inducted into the U.S. Armed Forces during the Vietnam War on April 28 of that same year. Ali refused, proclaiming that the war was against his beliefs. He was then suspended of his boxing license, stripped of his title and sentenced to five years in prison. But his conviction was overturned three years later and Ali returned to the ring in 1971. Ali went on to beat Jerry Quarry and Oscar Bonavena for the chance to reclaim the title that he never lost.

But holding the championship title at that time was “Smokin” Joe Frazier; a man who had every right to call himself the undisputed heavyweight champion of the world as well. The “Fight of the Century” took place between two, and for the first time in his life, Ali was defeated by a man he had been mouthing off to for months; a man he and many others never thought was capable of beating him.

The loss was a shattering blow to Ali’s ego. But what happened next showed the world that Ali wasn’t just all talk. Ali returned to the ring months later and fought his way to another shot at the title. He defeated Frazier unanimously in their rematch and went on to capture the undisputed heavyweight championship of the world for the second from an even more devastating foe in George Foreman. Ali would continue to face even more setbacks in his career before making history as the first man to become a three-time heavyweight champion of the world.

The journey Georges St-Pierre took to his now legendary status was not without its fair share of setbacks. When he was still a rising undefeated prospect in 2004, St-Pierre faced Matt Hughes at UFC 50 for the vacant UFC Welterweight Championship. He put up quite a competitive fight against the much more experienced Hughes but was forced to tap to an armbar with just 10 seconds left in the first round.

The young St-Pierre returned even stronger than before, beating his next five opponents including B.J Penn before earning another shot at the title. St-Pierre met Hughes again at UFC 65 two years after their first fight and won via TKO in an extremely impressive performance. And now everyone was sure that he was going to reign at the top for a long time.

Then came his very first title defense against a man who everyone thought was an undeserving title challenger – Matt Serra. At UFC 69, Serra stunned the entire Mixed Martial Arts world by claiming the title with a TKO victory over the young champion. No other defeat in his career was more painful and embarrassing for St-Pierre than the one he had against Serra. But once again, GSP used his failure to grow his abilities tenfold, recapturing the title from Serra two years later via TKO and remaining undefeated to this day.

By the age of 20, Sugar Ray Leonard had amassed an amateur record of 145-5 with 75 knockouts, numerous national and international titles, and an Olympic gold medal. So when he turned pro at the age of 21 in 1977, he was already a household name expected to claim the world title in record time. And after dazzling the crowd time after time and dominating his next 25 professional opponents, Leonard finally won his first major world title when he beat Wilfred Benitez in his 26th fight.

During that time, Leonard was the most talked about fighter in the world; the man who would replace the great but fading Muhammad Ali as boxing’s main attraction. But one particular fighter from Panama wanted to destroy all of that. Former lightweight king and knockout artist Roberto Duran hated Leonard and everything he stood for. He wanted to stop all the hype behind Leonard and claim the welterweight crown. And unfortunately for Leonard, Duran succeeded.

Leonard sunk into an all-time low after the loss but sucked it up and lobbied for a rematch a few months later. Leonard was determined to prove that he was more than a hype job in the boxing world. He returned and made Duran look like an amateur in their rematch, outpointing and toying with him for eight rounds until the “Hands of Stone” uttered the famous words “No Mas”, which in Spanish means, “no more”.
Leonard went on to defeat all the greatest fighters of that time and winning world titles in four more weight divisions, establishing himself as one of the greatest boxers to ever live.

Manny Pacquiao’s already legendary career is one the world today is more than familiar with. Part of his greatness stems from his past; from struggling through a life of poverty to becoming one of the greatest boxers the world has ever seen. But above all, what makes Pacquiao so great is his ability to rebound from loses and come back better than ever. With the help of long-time trainer and mentor Freddie Roach, Pacquiao was able to improve tremendously time after time.

Pacquiao exploded onto the scene when he knocked out Lehlo Ledwaba in 2001 for the IBF Super Bantamweight title. He was an overnight sensation and continued to excite boxing fans with his incredible power, speed and fighting spirit. Pacquiao’s first defeat after taking the boxing world by storm came in 2005 came at the hands legendary Mexican boxer Erik Morales. But the next time the fans saw him in the ring, he was a completely different fighter. And he proved that by knocking Morales out in their second and third fight.

After that, Pacquiao went on to even greater success, beating long-time rival Juan manuel Marquez, Oscar De La Hoya, Ricky Hatton, Miguel Cotto, and Antonio Margarito to become boxing’s first eight-division world champion. Today, Pacquiao is considered to be the greatest boxer of our time. And he wouldn’t have been able to achieve this without overcoming the losses he faced in his career.

One of the newest editions to the list of great champions who had to overcome devastating losses is former two-time UFC Heavyweight Champion, Cain Velasquez. When Velasquez was first introduced to the UFC fans in 2008, he had only two professional fights to his name. But everyone knew after his UFC debut against Brad Morris that he was destined for greatness.

Velasquez, who was considerably small for the division, ran through everyone the UFC put in front of him, including former UFC Heavyweight Champion Brock Lesnar, who he demolished to claim his first UFC title in 2010. At this point, Velasquez was considered MMA’s own “Baddest man on the Planet”. But in 2011, top contender Junior dos Santos knocked Velasquez unconscious with one single punch, claiming the UFC heavyweight championship for himself.

Determined to rise up again, Velasquez returned to the ring shortly after. This time, he looked even more menacing and hungry than before. He bloodied Antonio Silva in a gruesome one-sided beating to earn himself a rematch with dos Santos. Then Velasquez proved once again why he was considered one of the greatest heavyweights of our time. He battered dos Santos for five full rounds in their rematch and beat him again in similar fashion in their third fight.

Only time will tell if the former UFC Women’s Bantamweight Champion Ronda Rousey will be able to conquer her defeat at the hands of Holly Holm. But if she does, there will be no doubt that she will reach a whole new level of greatness just as these legendary champions have.