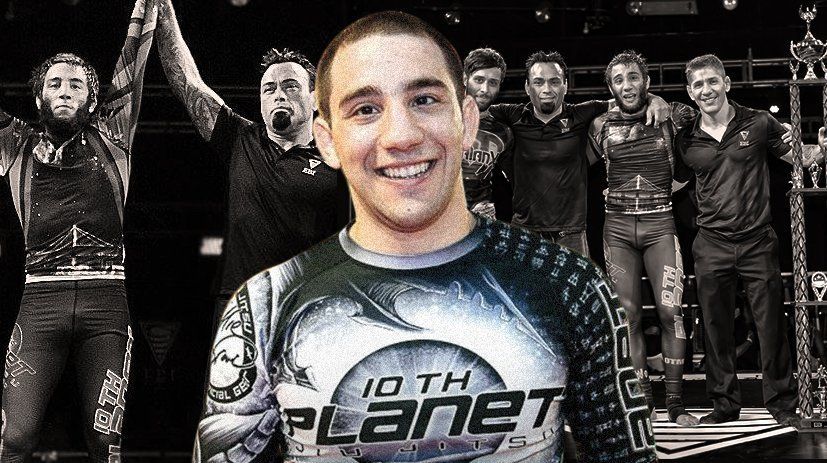 Prokopos has been developing his 10th Planet game for a decade, pioneering the system as well as including Kundalini yoga in his teaching. Also, he works as a fight consultant for UFC and corners for top competitors.

In case you’re not familiar with 10th Planet Jiu-Jitsu, here’s a brief background: it’s a non-traditional system of Brazilian Jiu-Jitsu (BJJ), which has been developed by Eddie Bravo. With the aim to constantly evolve and find new ways to attack and counter, this system focuses on unique positions such as the Rubber Guard, Monkey Mount, and the Twister Side Control, among others. Psst! ONE Lightweight World Champion Shinya Aoki learned the Rubber Guard from Eddie Bravo!

If you’re looking to elevate your grappling game, then here’s the good news: Denny Prokopos will be heading to Evolve MMA for a seminar on 23 July! So mark your calendars and make sure you drop by – you don’t want to miss this.

All of us at Evolve Daily are pretty excited about the seminar, and we’ve actually started counting down! But before we get to meet Denny in person, let’s take a closer look at what he’s been up to on the mats. Today, Evolve Daily shares Denny Prokopos’ Most Exciting Moments:

Like Denny Prokopos, Nathan Orchard is also a Black Belt in 10th Planet Jiu-Jitsu under Eddie Bravo. That’s what makes this match super exciting! In this fight, both competitors jumped guard, and Nathan attempted to take Denny down and submit him, however, Denny stuffed both attempts. Throughout this intense match, both Prokopos and Orchard brought each other to near submission and escaped swiftly and smoothly.

Ready to get blown away? Then watch this video to see Denny Prokopos flawlessly executing a Flying Guillotine Choke and submitting Ryan Vottero in under 10 seconds at the 66kg No Gi Grappling World Team Trials! We think this might just be one of the fastest submissions of all time.

In this match against Aleksander Milicevic, Denny displays his versatility by showing us his strong top game by staying on top and continuously passing Milicevic’s guard. Throughout the fight, he shows good guard passing and mount maintenance. Eventually, Prokopos finished the fight with a beautiful triangle.

Are you as impressed as we are, after watching these videos? Why not spend some time on the mats with Denny during the seminar, and take your grappling to greater heights! 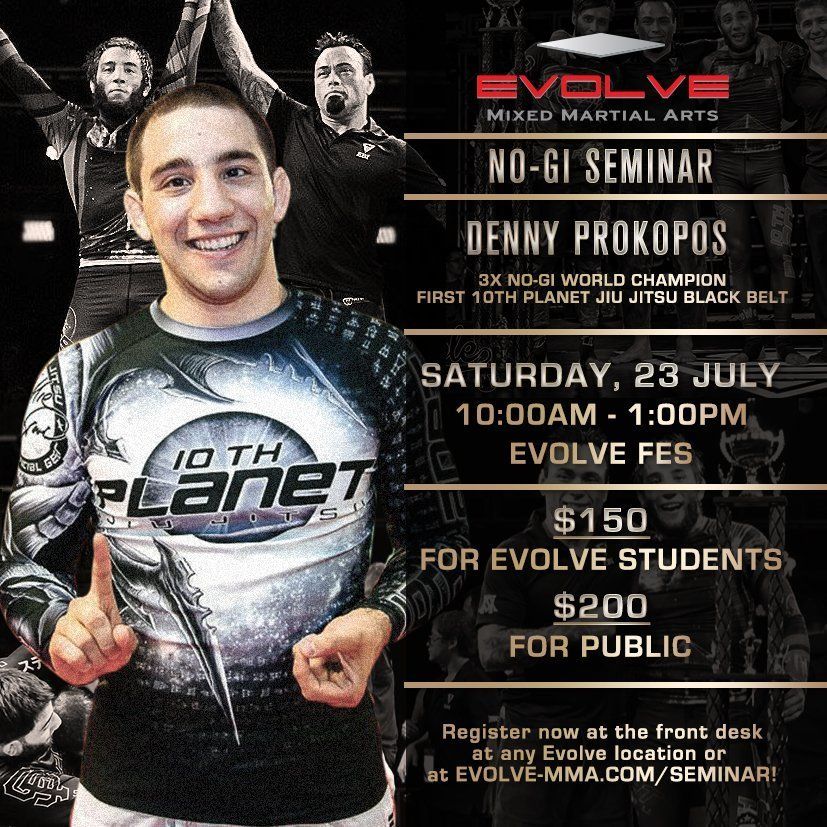