WATCH: Here’s What You Need To Know About The Armbar (Videos) 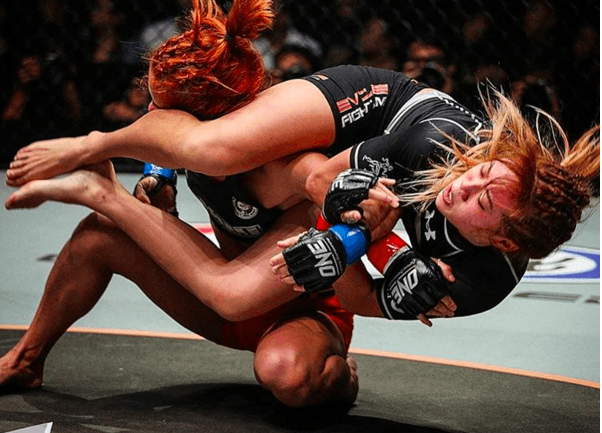 If you’ve been watching MMA fights or training Brazilian Jiu-Jitsu (BJJ), you’d have chanced upon the armbar at some point. Because it’s a simple and effective submission, it is usually one of the first few techniques that BJJ practitioners learn. After all, the armbar is versatile enough to be set up and executed from various positions. Therefore, we believe it’s an essential submission that all BJJ and MMA practitioners should master, and include in their arsenal.

Ready to elevate your game? Today, Evolve Daily shares What You Need To Know About The Armbar:

There are so many different situations you can face on the mats. That’s why it’s best to be prepared and think on your feet. In the event that your opponent decides to do a kimura, here’s how you can effectively defend yourself and get the upper hand by transiting to an armbar.

In this video, BJJ Black Belt and Champion Almiro Barros demonstrates a kimura defense into armbar attack. He starts off on top, in side control – at this point, his opponent takes his wrist and attempts a kimura. At the point when his opponent locks the kimura, Almiro reacts quickly and defends by keeping his elbow tight against his body and inside his thigh, so that his opponent can’t finish the kimura. Immediately after he secures his elbow, Almiro swiftly steps over his opponent’s head, rotates his hips around and gets into his position for the armbar on the opposite side. He then proceeds to break his opponent’s grip, control the wrist, and then raise his hips into the air to secure the armbar.

Tip: When doing an armbar, make sure your feet are flat on the floor so that you have a more stable base.

2) Armbar Variation From Side Control

Side control is one of the most dominant positions in BJJ. If you manage to secure side control, then you’d have more control over your opponent. As a result, you’d have a chance to dominate – or in this case, execute an armbar.

Tip: Minimize the space by keeping your elbows tight against your body and pinching your knees together when executing an armbar. Also, don’t forget to lift your hips!

3) 5 Essential Ways To Escape An Armbar

Now that you’ve learned how you can apply the armbar as an attack, you might be wondering what you can do if you’re the one with your arm caught in the armbar. Well, the good news is that you aren’t caught in a losing situation because there are ways you can escape! Of course, you have to ensure that you’re able to react quickly enough and apply the technique correctly, in order to effectively escape. If all else fails, don’t be ashamed to tap out – in fact, do that to prevent injury and treat it as a learning experience to fix the holes in your game!

In this video, 2x BJJ Black Belt World Champion Teco Shinzato shows 5 essential ways to escape an armbar. Make it a point to regularly drill these techniques with a partner so that you’d be familiar with them and as a result, be able to apply them more effectively when sparring.

Tip: Make it a point to practice these techniques (actually every technique you learn) on both sides, so that you’d be able to react accordingly regardless of which side you’re on, and to prevent having a “weaker” side that would cause you to not perform at your best.

Now that you’ve made it to the end of the article, it’s time for you to head to the gym and train hard! Go on, you got this!