WATCH: How To Strengthen Your Neck For Boxing And Muay Thai (Videos) 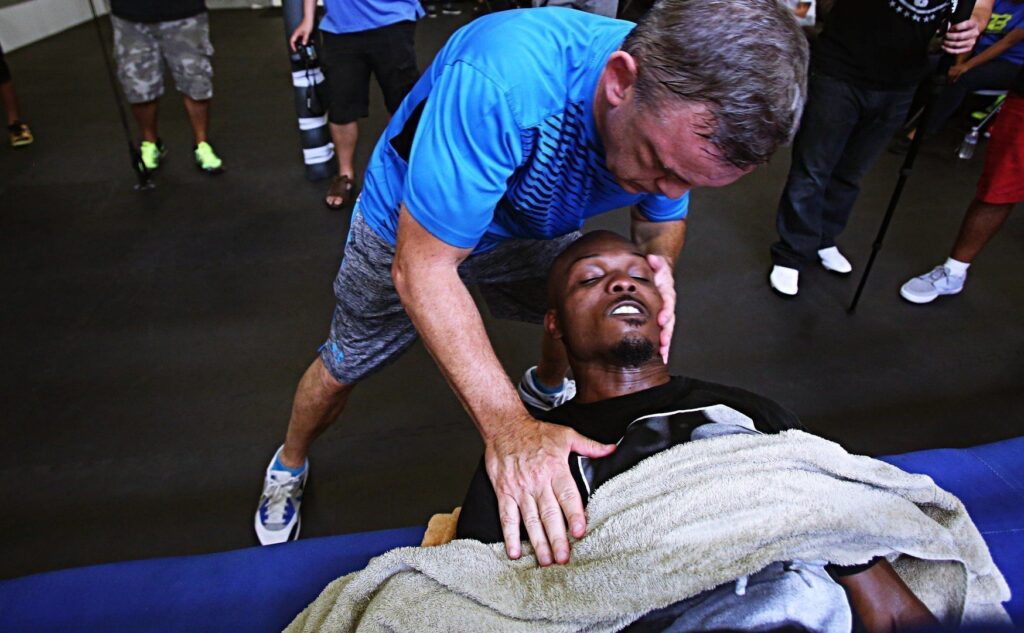 Perhaps you’ve seen your favorite boxing and Muay Thai World Champions do crazy neck strengthening exercises. You’re probably wondering – why would they need to do that and does it really have to be so extreme? Although it hasn’t been scientifically proven, many boxing coaches agree that a strong neck will help a boxer withstand a knockout punch. In Muay Thai, fighters strengthen their necks and jaws to prevent knockouts as well as to stop their neck from being cranked down in the clinch. Since your neck provides support for your cervical spine, your skull, and your brain inside that, your neck muscles undoubtedly need to be strong, especially if you partake in combat sports.

How A Strong Neck Could Help Prevent A Knockout

When you get hit flush on the chin with enough force, your entire neck rotates at an accelerated pace causing your brain to bounce around in your skull, also known as a concussion. In layman’s terms, when your head jerks in a certain direction quickly, your brain slams into your skull. With a strong neck, you would be able to withstand the impact of a strong punch, as the rotation is minimized.

How A Strong Neck Helps In the Clinch

To control the fight, your opponent will try to crank your head down in the clinch so he/she can land his/her knees or throw you. With a strong neck, you will be able to keep your head upright as you fight off your opponent trying to snap your neck down. Neck strength will also help you pull your neck up after its been cranked down, preventing your opponent’s attacks from landing.

Here Are Some Neck Strengthening Exercises You Could Use In Boxing/Muay Thai:

The simplest of all the neck strengthening exercises, as you can probably guess, it consists of slowly moving your head to signal “yes” (up and down), “no” (rotate left and right), and “maybe” (incline left and right). Slowly increase your range of movement after each round – the more you practice this, the less tension you’ll feel in your neck too!

In Muay Thai, fighters tie weights on the end of a towel or rope and bite down on it, raising their head up and down to work the neck.

This exercise works the neck flexion, the movement in which the chin is lowered to the chest. You should only use weights that you can hold comfortably against the back of your head or on your forehead.

Usually utilized by wrestlers, bridging is a great way to build strength in your neck. Not only does it work on your neck muscles, it also works on your abs, legs, and hips.

There’s no doubt that a strong neck would give you an advantage in boxing and Muay Thai. The stronger one’s neck is, the more punishment he/she can withstand. With that being said, it is still more important for a fighter to work on his/her defense – his/her neck should not be a substitute. 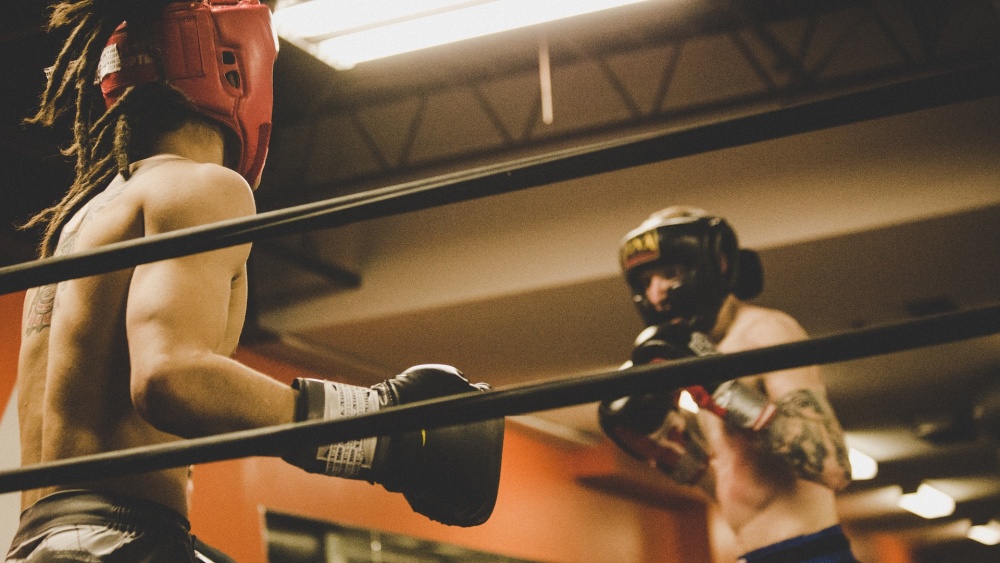 How To Work Off The Ropes In Boxing

The ropes of a boxing ring can be a blessing or a curse. It can restrict your movement, allowing opponents to tee off on you. You can also use them to trap opponents so you… 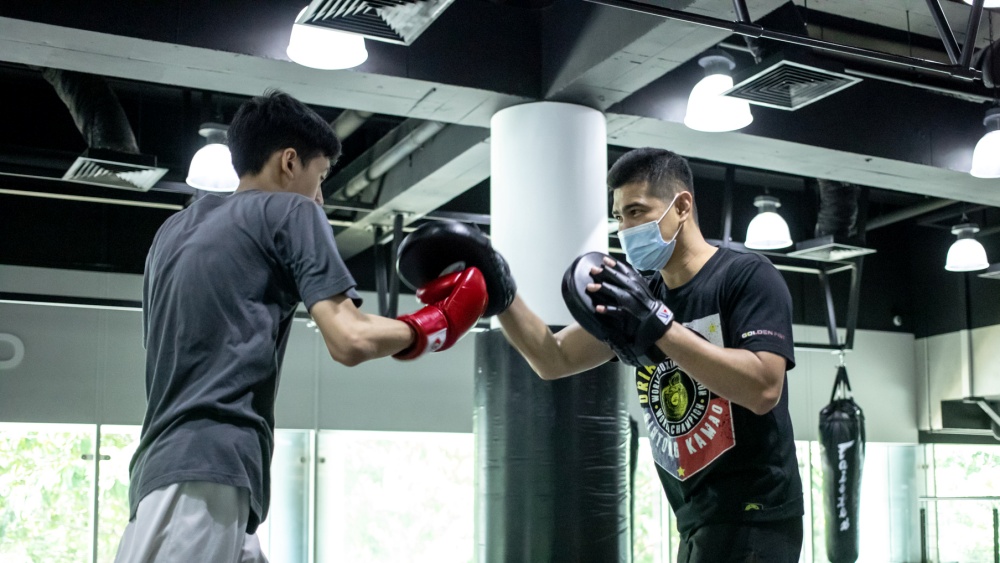 Speed Vs. Power: Which Is More Important In Boxing?

Boxing trainers, fighters, and fans have argued about which attribute is most important for ages, and the conversation will never end. Both are essential attributes all boxers should constantly be working on. Speed allows you… 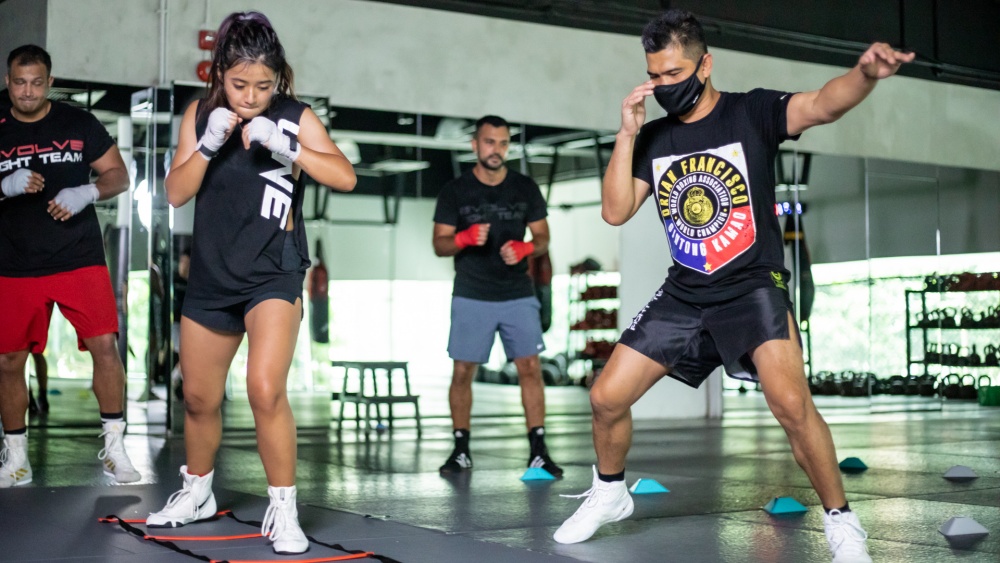 Footwork is one of the most important aspects of boxing. At the highest levels of pugilism, it’s absolutely essential. You could say that good footwork separates professionals from amateurs. One major part of footwork is…