WATCH: How To Sweep Your Opponent Every Single Time (Videos) 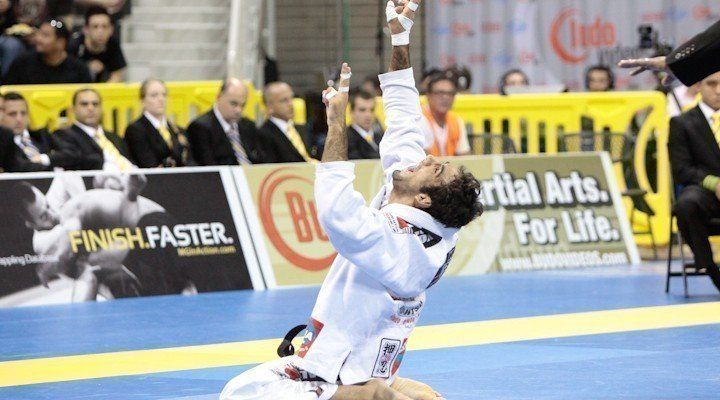 For every guard player, being able to sweep or reverse an opponent is almost as satisfying as knocking down his or her opponent in the MMA cage. A sweep allows a guard player to improve his position by sweeping his opponent over and stabilizing himself in a much more dominant position. In fact, a simple sweep could turn everything around in an instant. Like all BJJ techniques, sweeps are continuously evolving, with new variations being created alongside new guards. In fact, some sweeps have yet to be named!

If you want to work on your sweeps, you’re in luck! Today, Evolve Daily shares 6 concepts to help you sweep your opponent every single time:

As we mentioned in our article about the 6 secrets to an impassable guard, a guard player must always be on the offensive. If one sweep doesn’t work, you will need to switch to another sweep or even another guard. If you’re up against a skilled opponent, the likelihood of your first attack not working is very high.

One of the best guard players, Leandro Lo, is known for his exceptional spider and Dela Riva guard. In the video above, watch how Leandro Lo switches from one guard to another, based on his opponent’s reactions.

In this video, 2x BJJ World Champion Teco Shinzato shows different options for sweeps from the Dela Riva guard. Watch how he positions himself to help him finish the sweep.

4) Controlling your opponent’s wrist and arm/arms

You must be able to control your opponent’s wrist and arm (or arms, if you can) in order to sweep him. With a free arm or hand, your opponent can base out and post, which could prevent you from finishing your sweep. However, you must control the wrist and arm of the side you are sweeping to, in order to successfully finish the move.

In this video, BJJ World Champion and ONE Superstar Alex Silva shows us some sweeps from the x-guard. Take note of how Alex constantly controls his opponent using a strong grip on his opponent’s arm, as well as on his belt and collar, depending on the sweep.

5) Use the power in your hips and torso

In all martial arts, your biggest source of power is in your hips and torso, or, to be more technical, your posterior chain. Many BJJ beginner students often rely on arm strength to sweep their opponents, using the weakest part of their bodies instead of the strongest. Move your hips in the correct direction and use the power in your posterior chain to sweep your opponent.

In this video, watch how 2x BJJ World Champion Teco Shinzato uses his the power in his posterior chain to create leverage by extending his legs to create a better lever. This makes his opponent’s lower body lighter, enabling him to finish the sweep.

6) Use weight and momentum

To effectively execute a sweep, you must use both momentum and weight against your opponent. When he tries to pass your guard for example, he will usually put all his weight in the direction he wants to pass and allow himself to fall. This is when you deny him the means to control his fall using grips and nudge him into an effortless sweep. Another way to sweep involves disrupting your opponent’s balance to solicit a reaction. When he counters by shifting his weight, you use the momentum to sweep him in that direction instead. The trick is making your opponent commit more of his weight than necessary and being a step ahead with the right grips and leverage points.

Remember, if you want to make these sweeps part of your game, drilling is essential! If you find any sweeps difficult to execute, do not hesitate to ask your instructor for help!