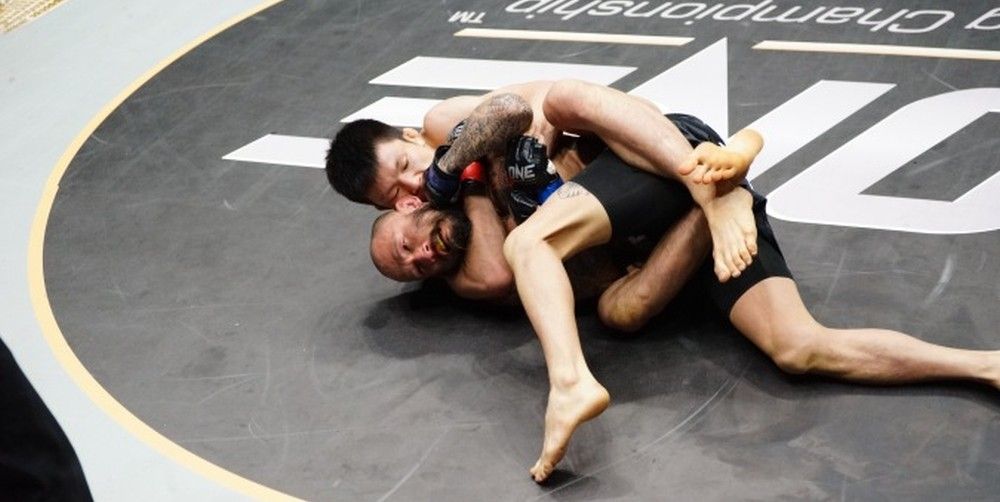 As we get closer to ONE Lightweight World Champion Shinya Aoki’s upcoming fight at ONE: Defending Honor, all of us at Evolve Daily can’t help but get excited. After all, Shinya is a very exciting fighter to catch in action, and it has been awhile since he last stepped into the ONE cage. So we can’t wait to see what he has in store for us! In the meantime, we’ve put together a compilation of some Shinya’s essential submissions.

Ready to find out what they are? Today, Evolve Daily shares ONE Lightweight World Champion Shinya Aoki’s Essential Submissions:

When it comes to grappling, there’s no doubt that you’re required to stay ahead of your opponent and think on your feet. After all, if you’re unable to react in time, then there’s a good chance you would give your opponent the opportunity to get into a dominant position and possibly submit you.

As Shinya has lightning quick reaction, he is usually able to get the upper hand in his fights – especially when he’s on the ground. There’s a reason why he’s one of the most exciting grapplers in MMA! In this video, Shinya demonstrates 20 of his favorite submissions in 90 seconds. Because there are so many different scenarios you could find yourself in when you’re on the ground, it helps to be familiar with a variety of transitions and submissions – so that you can react accordingly and achieve your desired outcome. So make it a point to train hard and get comfortable with executing several of these submissions!

If you’re familiar with 10th Planet Jiu-Jitsu, you would have chanced upon the rubber guard at some point. Basically, the rubber guard requires you to grab your shin with the opposite arm over your opponent’s back. By doing so, you would be able to keep your opponent’s posture down and have better control over him/her. It helps to perform this grip with your palm facing upwards and your forearm in contact with the collarbone.

In this video, Shinya shows how you can execute the omoplata, gogoplata and armbar from the rubber guard. As the rubber guard is one of Shinya’s favorite positions, it comes as no surprise that he has achieved great results at the highest levels of competition using this guard.

As Shinya executes swift and acrobatic submissions, it comes as no surprise that he earned himself the nickname Tobikan Judan, which translates to “the grand master of flying submissions”, early in his grappling career.

When done correctly, a solid flying submission is as devastating as it is highlight reel worthy. After all, it could be what catches your opponent by surprise and earns you a spot on the podium. In this video, Shinya demonstrates the flying armbar, flying triangle and flying kneebar. Before you even attempt these flying submissions, you must drill the technique until everything is on point, and of course, have confidence in it.

4) 5 Submissions From Back Control

Ask any grappler, and you’ll find out that back control is one of the most dominant positions on the mats. After all, having your opponent’s back enables you to gain optimal control over him/her and as a result, you can dominate the match.

If you’re wondering what kind of submissions you can effectively execute from back control, then you’re in luck. In this video, Shinya shows 5 submissions from back control. In order to add these submissions to your arsenal, we suggest training and drilling with a partner before actually utilizing these moves when sparring.

Are you ready to catch Shinya back in action on November 11 at ONE: Defending Honor? Get your tickets now!