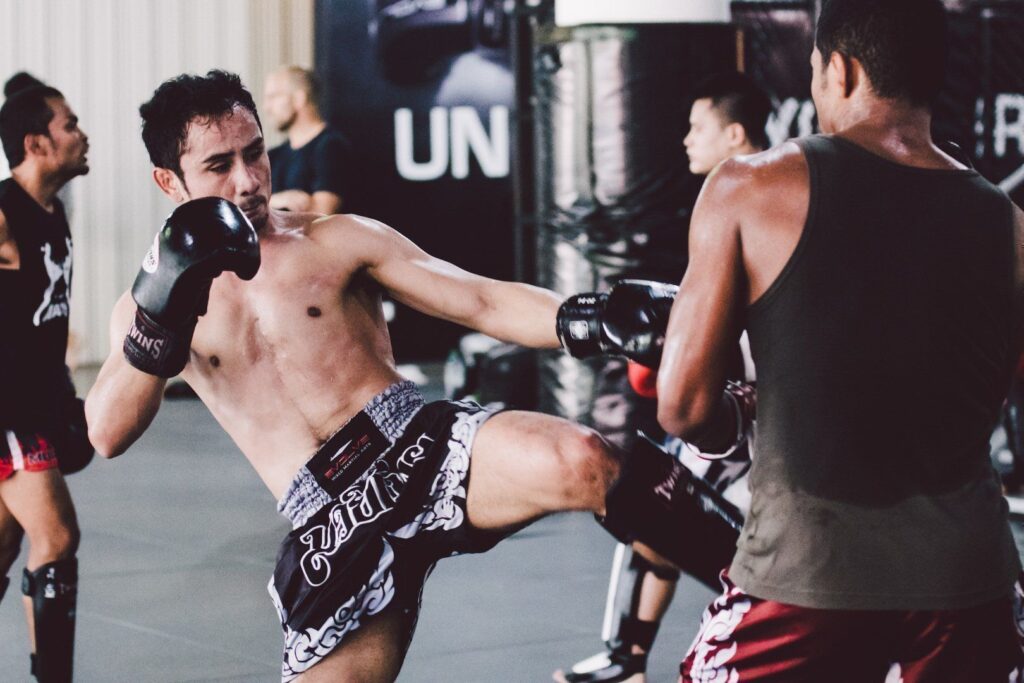 Regarded as one of the best Muay Thai fighters in the world, Sam-A Gaiyanghadao has a really exciting fight style and is known for his lightning fast kicks. Well, his left roundhouse kick was a technique he always worked on, so it comes as no surprise that it went on to become his signature move.

“To make my kicks fast, I strengthened my legs by running 20 kilometers daily,” reveals Sam-A. “My trainer and I worked on my left roundhouse kick by watching fights and analyzing techniques… Eventually, I realized that I could kick faster when I kicked by swinging straight up and rotating at the last second.”

The roundhouse kick is one of the fundamental strikes in Muay Thai. Although it is among the first techniques you’ll learn, it’s one of the toughest ones to nail down. After all, it requires a perfect blend of balance, co-ordination, control, and of course, flawless form.

In this video, multiple-time Muay Thai World Champion Sam-A Gaiyanghadao demonstrates 5 essential roundhouse kick combinations, which you can utilize when you’re sparring or drilling with a heavy bag. If you watch closely, you’ll notice that Sam-A comes up on the ball of his foot when he pivots and throws his kicks. This is an important detail to take note of, because doing so helps to generate maximum speed. Also, he positions himself at a 45-degree angle, so as to get into a better position and hit his desired target.

Tip: While it might seem more exciting to throw swift, explosive kicks, you should focus on getting your technique on point before even worrying about the speed and power of your kicks. It helps to shadow your kicks in slow motion in front of a mirror to refine your technique, so that when you speed it up, your form would still be perfect.

There’s no doubt that the head kick is one of the most exciting finishes in Muay Thai. Ask any practitioner or fighter who has tried executing a head kick, and you’ll know that it’s not an easy technique to master. After all, a good head kick requires perfect technique, accuracy, flexibility, speed and timing. And all these elements only come together after countless hours of drilling and training. When executed flawlessly, the head kick has the potential to knock your opponent out – especially when it lands at the temple or slightly behind the ear.

In this video, you’ll learn 4 essential head kick setups, as demonstrated by Sam-A. In order to throw an effective head kick, you have to be able to stay balanced with the right posture and hip movement – like how you would with a roundhouse kick to the body. As you kick, transfer your body weight into the kick by thrusting your hip forward and twisting it. Also, remember to swing your rear hand downwards so as to maintain balance. Sam-A’s technique is flawless, so it helps to observe him execute his kicks and work towards perfecting your form.

Tip: In order to develop your higher kicks, find a height that you can kick comfortably with full hip rotation, and then slowly move higher and higher, while maintaining good form. When you’re starting this, it helps to shadow first. This is because kicking the air shifts your focus from height, to balance, hip rotation and control. Apart from that, your hips will get a much deeper stretch in the air as compared to against a bag – where the stretch gets stopped earlier.

Like all other techniques, you have to constantly drill your kicks in order to get your form on point. Apart from shadowing in front of a mirror, it also helps to drill with a heavy bag or with a partner. In the event that you’re unsure or feel that you might be missing the finer details of any technique, be sure to speak to your instructor – he’ll be more than happy to help you become a more awesome martial artist! Now go forth and train hard. You got this!