WATCH: Take Your Boxing To The Next Level With These Essential KO Combinations (Videos) 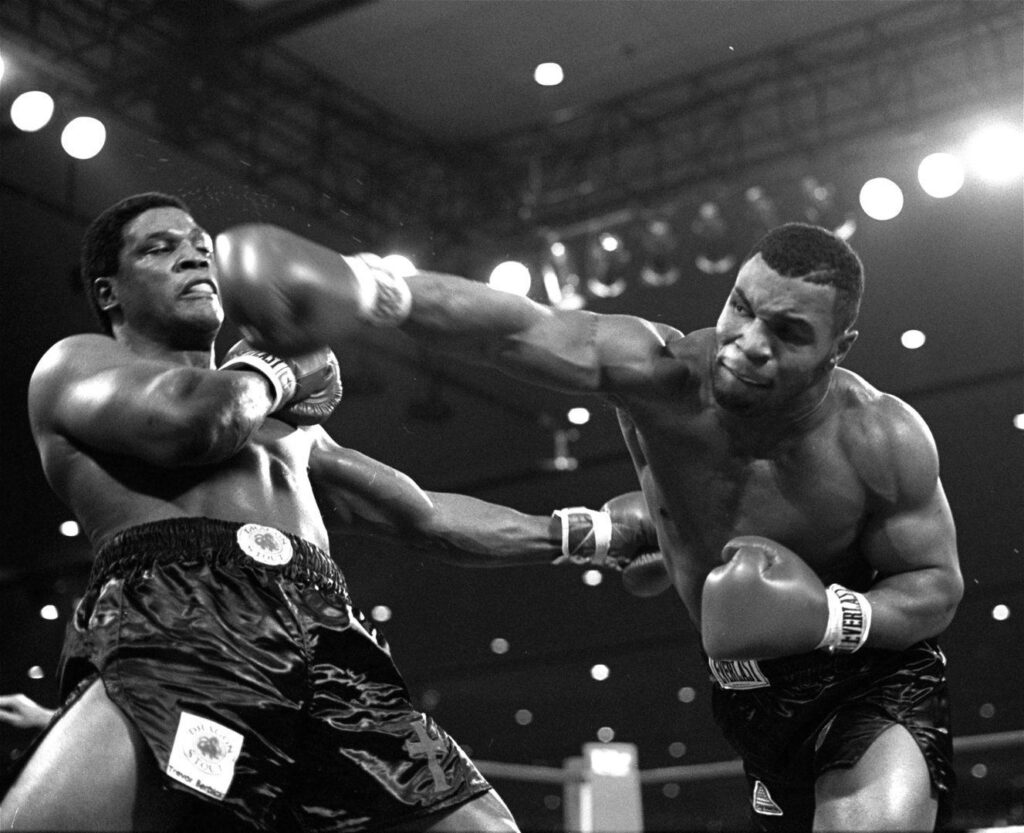 Talk to any boxer, and you’ll find out that most of them want to deliver a knockout punch someday. But what does it take to achieve a knockout? Fortunately, it doesn’t always boil down to a great amount of strength. That means everyone is capable of throwing explosive knockout punches!

As with everything else in life, it takes a lot of hard work and immense dedication for any martial artist to be able to execute that elusive knockout punch. After all, practice makes perfect – it takes countless hours of drilling and training, as well as discipline to maintain a healthy lifestyle.

If you’re ready to commit, and wish to elevate your boxing game, then watch the following videos and pay close attention! Today, Evolve Daily shares Essential KO Combinations To Take Your Boxing To The Next Level:

It doesn’t matter whether you’re a total beginner or if you’ve been boxing for a long time. Drilling with the heavy bag will always be an important part of your training, as it improves your technique, power, core stability and co-ordination.

In this video, you’ll learn 10 different explosive KO combinations which you can drill on the heavy bag. Do note that WBA World Champion and ONE Superstar Yodsanan Sityodtong is a southpaw, so don’t mimic his exact movements if you’re orthodox. Instead, take note of the strikes in each combination and practice them whenever you can! We suggest writing them all down on a piece of paper (to bring along to the gym), so you don’t have to keep referring to the video while you’re drilling.

Tip: If you’ve mastered the techniques from your usual stance, try the combinations from the other stance so you can switch things up easily and have an edge over your opponent. This would help your muscle memory get familiar with various combinations and make you a more versatile fighter.

To be a good boxer, you’ll have to be able to think on your feet especially when you’re sparring or fighting. If you aren’t able to plan ahead, it would be difficult for you to react according to whatever your opponent is throwing at you.

Once you’re able to react quickly when sparring, you’d be able to dodge your opponent’s strikes and counter their attacks. In this video, you’ll learn 5 counter KO combinations that you can utilize during sparring sessions, or drill with a partner.

Tip: Although it might be difficult at the start, don’t lose heart and keep training! The more you put yourself out there and spar, the better your reaction time and counter attacks will be.

Creativity is crucial for your growth as a boxer. After all, the more unpredictable you are, the harder it is for your opponent to guess what’s coming next. If you think about it, there are so many different ways you can mix and match the various strikes and defensive techniques to form new combinations!

In this video, you’ll learn another 5 counter-attacks that you can use against your opponent in the ring, or drill with your training buddy.

Tip: Don’t just stick to one combination that you’re comfortable with. Instead, get creative and don’t be afraid to try other combinations! The same goes for sparring partners – always spar with different people so you’d be exposed to more fighting styles. This would help you become a more well-rounded boxer, and of course, take your training to greater heights.

When you’re in the ring, there would be moments when your opponent is unleashing a flurry of never-ending punches, or getting you to the corner. At this point, you can break his or her momentum by utilizing the clinch. When you’re clinching, you’d want to be sure that both your opponent’s arms are captured under yours, so that he or she is unable to punch you.

In this video, you’ll learn one of WBA World Champion and ONE Superstar Yodsanan Sityodtong’s favorite KO combinations. In the event that your opponent holds you in a clinch, keep your guard high and throw uppercuts to his body, before executing a right hook to his head. Lower your level to do a right sidestep and throw another left uppercut to his body, so as to set up the final right hook – your knockout punch.

Tip: When you’re tired, don’t be fooled and think that clinching is a good way to catch a breather, because it takes a great amount of energy to fight in a clinch!

All of us at Evolve Daily believe you’ve got what it takes to deliver those explosive knockout punches! So go forth, train hard, and evolve into the best boxer you can be. For more boxing videos, head to Evolve University.