WATCH: The Overhand Punch – One Of The Best Ways To KO Your Opponent (Videos) 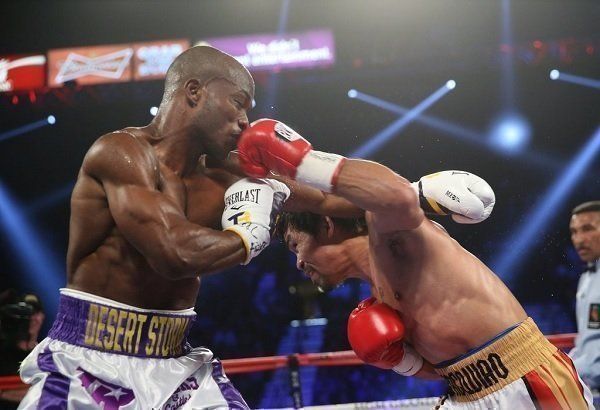 As an attack: If you are facing a taller opponent, chances are, he/she won’t see your overhand punch coming. In fact, many taller boxers fail to see the overhand punch because they aren’t used to seeing punches come down at them. The angle at which the punch is executed also makes it difficult for them to see because it starts at an angle below the taller boxer’s head but lands from an angle above their head.

In this video, WBA Boxing World Champion and ONE Superstar Yodsanan Sityodtong shows 3 setups for the overhand punch. Notice how he bends his knees as the throws the overhead punch. Doing so helps you engage more power and maintain your balance. He also pivots his back foot to increase the punching power of his overhand, pivoting while throwing the punch at the same time.

In this video, watch how 5x Boxing World Champion Timothy Bradley devastated Brandon Rios with a series of punches, many of these being overhand rights. Although Rios is known to be a master of the overhand punch, he was certainly unable to showcase any of that in this fight, losing to Bradley in the 9th round via TKO.

As with all techniques, constant drilling is the key to making the overhand punch part of your arsenal. Shadowbox or practice on the heavy bag to work on your form and timing. The key to the overhand punch is foot positioning and setting it up with a jab. As always, remember not to load up your punch and lean too far to the outside of your lead foot. Stay balanced and keep on drilling! You got this!